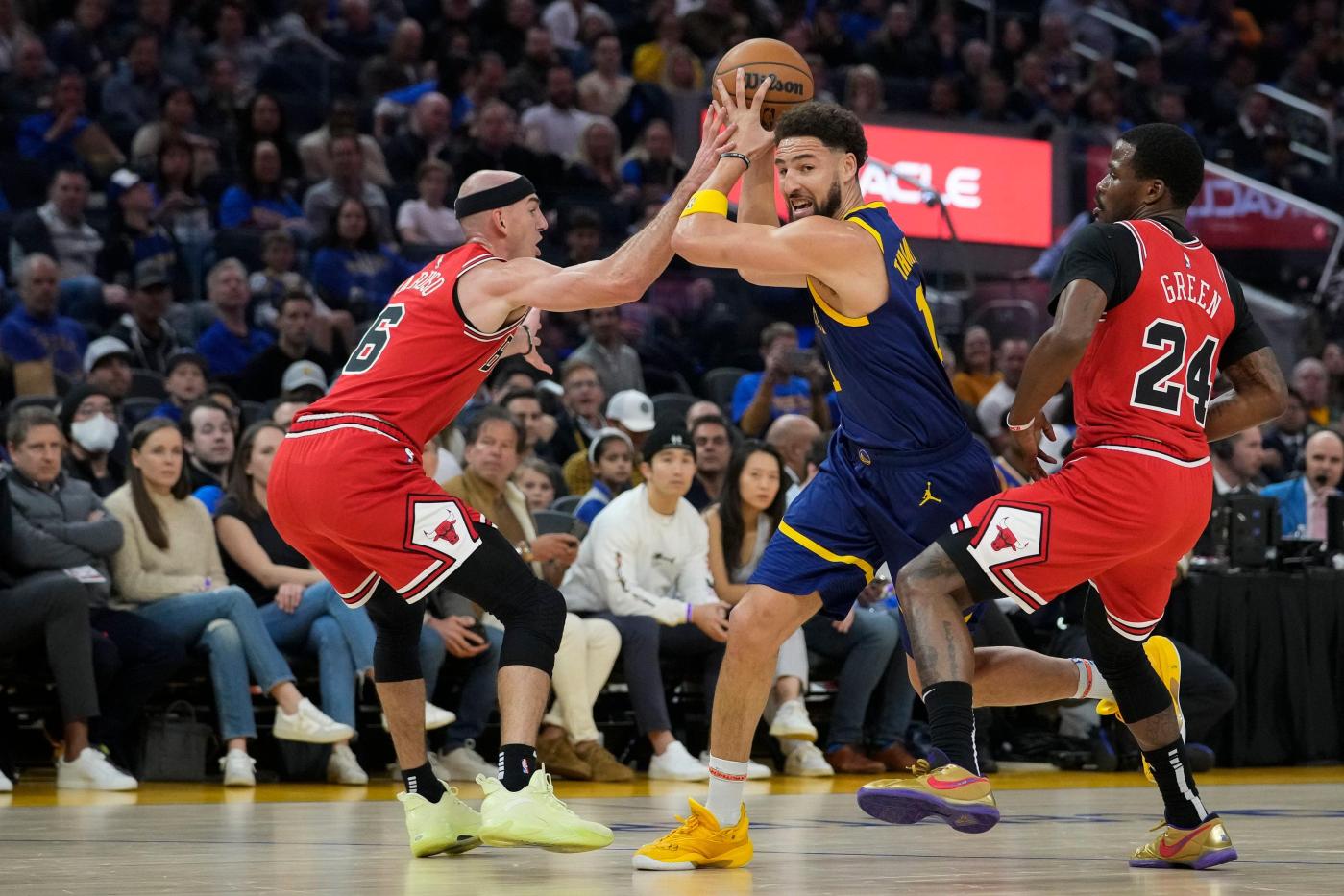 In a frustratingly inconsistent season for the Chicago Bulls, one thing continues to ring true: Javonte Green and Alex Caruso are always reliable.

Coach Billy Donovan hopes that will hold after he brought the duo into the starting lineup to replace young pros Patrick Williams and Ayo Dosunmu in Friday’s loss to the Golden State Warriors.

That new lineup didn’t last long — Green suffered a right knee injury against the Warriors and missed Sunday’s game against the Sacramento Kings. But Donovan’s decision to promote Green and Caruso to the starting five highlights their importance to this Bulls roster.

Green and Caruso are the epitome of players whose actions on the court speak louder than their numbers on the stat sheet, defining the Bulls’ defensive identity. Their contributions this season often have been make-or-break for the team.

Green’s playing time has been particularly inconsistent. After seriously contending for the starting power forward job in the preseason, he played only seven minutes in a loss to the Phoenix Suns last week and didn’t feature at all in the first half of the team’s loss to the Orlando Magic on Nov. 18. In other games, he logged upward of 18 minutes off the bench and joined the closing lineup.

Despite his unpredictable minutes, Green is averaging six points, 3.1 rebounds and a steal in only 16.4 minutes per game, nearly surpassing Williams (9.1 points, 3.9 rebounds, 0.7 steals) in nine fewer minutes. Green possesses an ability to spark the offense, leading the charge in transition and spurring comeback efforts with explosive dunks.

“Javonte Green has been quintessential to what we do,” guard Zach LaVine said Friday. “Anybody in the NBA would be lucky to have a guy like that on their team. For him to step in and play like that, it’s great.”

This season has been slightly less uneven for Caruso, who leads the team in steals (1.4 per game) while averaging 5.6 points and 3.7 assists. Yet despite his move to the starting group, Donovan is wary about playing Caruso more than 30 minutes per game. The guard has struggled to stay off the injury report since shifting into a starting role last season because of Lonzo Ball’s long-term injury.

Caruso’s longest injury absence last season was due to a “freak accident” — a broken wrist caused by a harsh foul from Milwaukee Bucks guard Grayson Allen. The majority of his absences come in brief stints lasting anywhere from one to four games, and that pattern continued this weekend, when he sprained his right ankle against the Warriors and nearly missed Sunday’s game against the Kings.

Donovan feels limiting Caruso’s minutes will allow the guard to avoid injury without sacrificing his highly physical style of play.

Caruso’s defense makes him one of the most important finishers for the Bulls, creating a need for another rotational adjustment in the middle quarters.

Both Caruso and Green have been game-changers off the bench. But after the Bulls sank into a 3-7 skid, it’s hard to tell if this lineup change will fix their growing issues.

Starting Green and Caruso moves them out of the secondary rotation, shifting issues such as tepid defense and disjointed offense to a different portion of the game. And many of the Bulls’ weaknesses — a lack of 3-point shooting and LaVine’s extended slump — can’t be fixed just by shaking up the starting lineup.

The new lineup showcases the Bulls’ eagerness — and, perhaps, desperation — to make a change. Only time will tell if it’s enough to combat this recent slump.