Todays Though > News > Will the Patriots make the playoffs?
News

Will the Patriots make the playoffs? 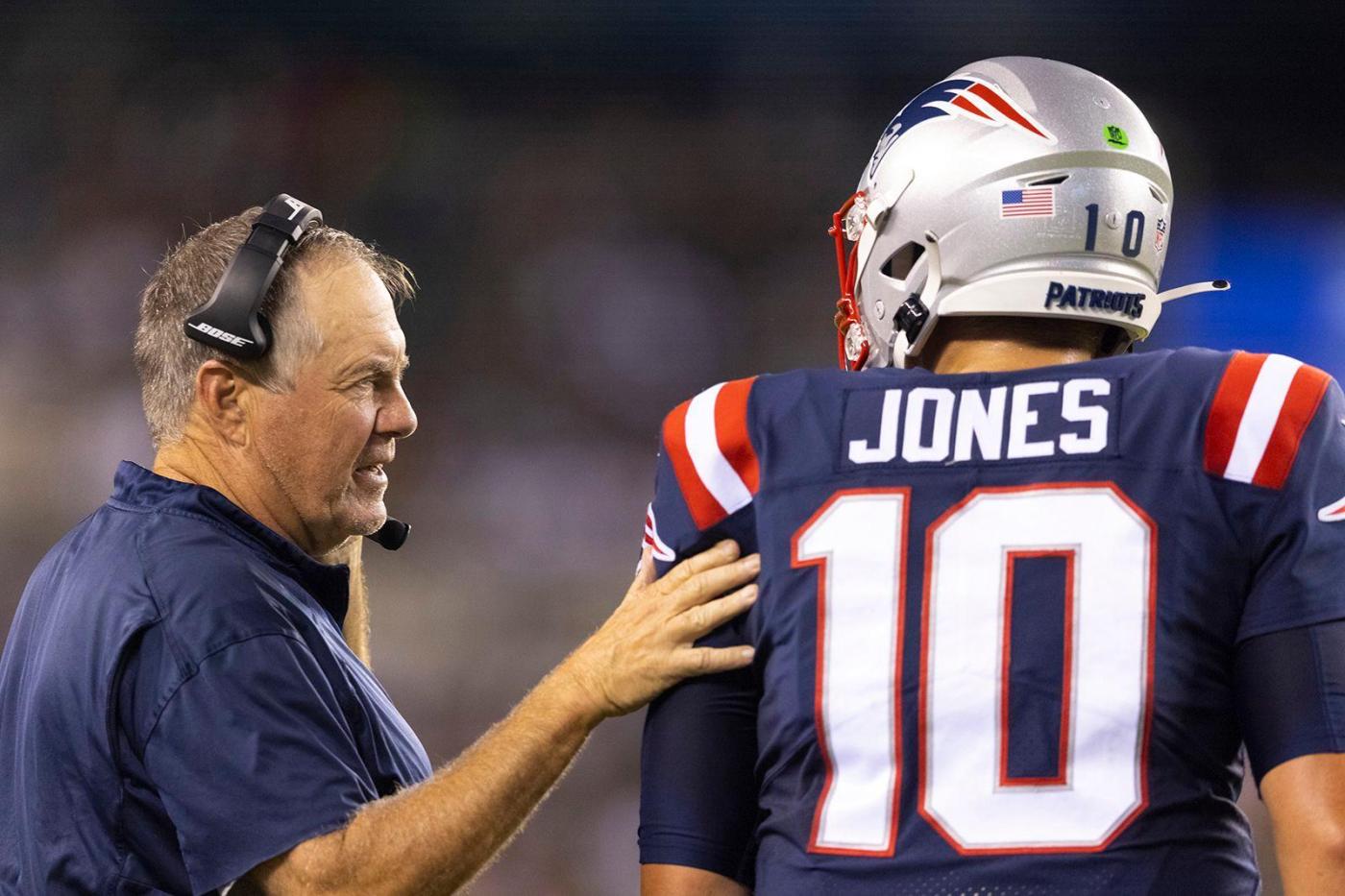 After a one-year hiatus, the Patriots returned to playoffs last year with a Wild Card berth after going 10-7 in the regular season.

Given they fielded a rookie quarterback, it was a bit of a surprise they turned their fate around in just their second year post-Tom Brady and overcame a 2-4 start.

But since getting blown out by the Bills in the Wild Card round, most have soured on the Patriots’ postseason chances.

So how will they fare, after largely sitting out during free agency and basically counting on their young talent to make a leap?

One oddsmaker gives them a 38.5% chance to make it to the playoffs. And it does seem like a tall order within a stacked AFC, especially with Jones losing his offensive coordinator and play-caller Josh McDaniels, whose replacements hail from special teams and defense.

Of course, Bill Belichick has pulled a few rabbits out of his hat in years past, and could surprise again. So what will be their 2022 fate?

Guregian: All things considered, the Patriots are poised to take a small step back in my view. Along with having a sneaky tough schedule (Bills twice, Bengals, Packers, Raiders, Ravens, Colts, Dolphins twice), the AFC as a whole got much better. It’s hard to see the Pats overtaking the Bills in the division, so they would have to go the wild card route and earn one of the three spots. It’s going to be much harder with the Chargers, Broncos, Raiders, Dolphins, Ravens and Colts improved, and all likely fighting with the Pats to move on. Plus, the final part of the schedule for the Pats is incredibly tough, and we saw how they ran out of gas down the stretch. And all of this is just for starters.

Callahan: Like most seasons in the Belichick era, 2022 is going prove the power of the quarterback and coach. The Pats hold a clear edge in both departments over every team in the division except Buffalo. Mac Jones will also be equal to or better than the opposing quarterback in at least five other games, making for nine winnable contests at minimum. Throw in a close call against the Raiders or Colts, and that’s a clear road map to 10-7 without pulling an upset. That’s playoff material in the expanded format. There’s a reason some are calling Jones a sneak MVP candidate. He can carry this team and has improved weapons.

Guregian: I’m optimistic about Jones, too. But there are obstacles that could conceivably hold him back. As you’ve written, the Patriots are revising their playbook and philosophy under new assistants Joe Judge and Matt Patricia. That’s not only going to take time to install and teach, but there will be growing pains. The Pats will likely lose a game or two that they should win while they’re all getting on the same page. With so many teams figuring to be in the hunt, one loss of a winnable game could haunt them. As for Judge and Patricia, maybe they turn out to be fine. It’s just hard to wrap your head around either of them taking Jones to the next level. Plus, just like defense, there’s too many cooks in that kitchen.

Callahan: Is revising this offense a bad thing? It’s been too complicated for receivers to learn forever, the Pats have scored fewer than 20 points per game against Buffalo since Sean McDermott took over and new schemes mean more unpredictability! Plus, the special teams can’t get worse. And that might sound like nothing, but the Patriots lost all three games where they had a blocked punt last season. That’s the difference in close games, which really kept the Pats from dominating in 2021. Their plus-159 point differential was third-best in the NFL. Bad luck, bad special teams and COVID just hit at the wrong time down the stretch. This year, without a rookie quarterback, will be different.

Guregian: Never said revising the offense was a “bad thing.” Just said it might take a little time to get in the flow and rhythm of it before it truly clicks. And that’s fine, but it might cost them when it comes to making the playoffs if they lose during the adjustment phase. You can’t completely chalk up the Pats crunch-time flop at the end of the season to simply bad luck, bad special teams and COVID. What about a bad defense that couldn’t get off the field? Having the offense score a little more won’t do much if the defense can’t force the opposition to punt. Tell me, with J.C. Jackson gone, which cornerback is going to handle Stefon Diggs, Ja’Marr Chase, Davante Adams, Tyreek Hill, Justin Jefferson or Keenan Allen, just to name a few. And don’t tell me zone coverage is going to cut it against Josh Allen, Patrick Mahomes, Aaron Rodgers, Justin Herbert, Joe Burrow et al?

Callahan: Don’t worry about “the adjustment phase.” They started 2-4 last season and made the dance. They started 1-2 during their last Super Bowl campaign and ran the table when it mattered most. As for zone coverage, that’s precisely what the Bengals, Rams and 49ers majored in last year when they were three of the last four teams standing. Not to mention the Bills, who finished with the No. 1 defense in football. If the Patriots adjust to their defensive personnel this season — as they tend to do — they should be fine in the secondary despite the talent deficiency. And let’s not pretend Diggs wasn’t smoking Jackson every time out, because that’s a real reason why Buffalo never punted. The defense is positioned to be much younger and faster, thanks to players like Christian Barmore, Jonathan Jones and Kyle Dugger either stepping up or returning.

Guregian: During their last Super Bowl campaign, they had Tom Brady to rebound from 1-2 or whatever malady that plagued them. Last year, at 2-4, they had McDaniels masterfully handling Jones, never putting too much on his plate. Who’s going to right the ship now? Judge? Patricia? Maybe Belichick saves the day, but many of the things his teams have stood for during the past, and specifically their championship years — not beating themselves, not taking stupid penalties, not allowing multiple punts to be blocked, adjusting when you can’t get an offense (hello, Buffalo) off the field — slapped him in the face last year. It just seems a bit naïve to think they can solve all of their issues. And if they do, the competition is so much better than last year, the Pats are going to be hard-pressed to return to the dance.

Callahan: No team, not even the reigning Super Bowl champion Rams, solves all its problems. What the best teams do is solve enough of their problems to win. And in Belichick, yes the man to save the offense’s day if things go awry, they have the NFL’s best problem-solver. And who’s to say they start slow? The Patriots could use their new offense to upset Miami in the opener, when they’ll have the better head coach and quarterback, before a Week 2 trip to Pittsburgh, which has a rookie quarterback. Later, the Pats get the Lions, Browns, Bears and Jets all in a row, a perfect stretch to iron out any lingering wrinkles. The schedule is constructed to help them work through growing pains, and they will with an above-average coach/quarterback tandem, the only winning formula you need in the NFL.