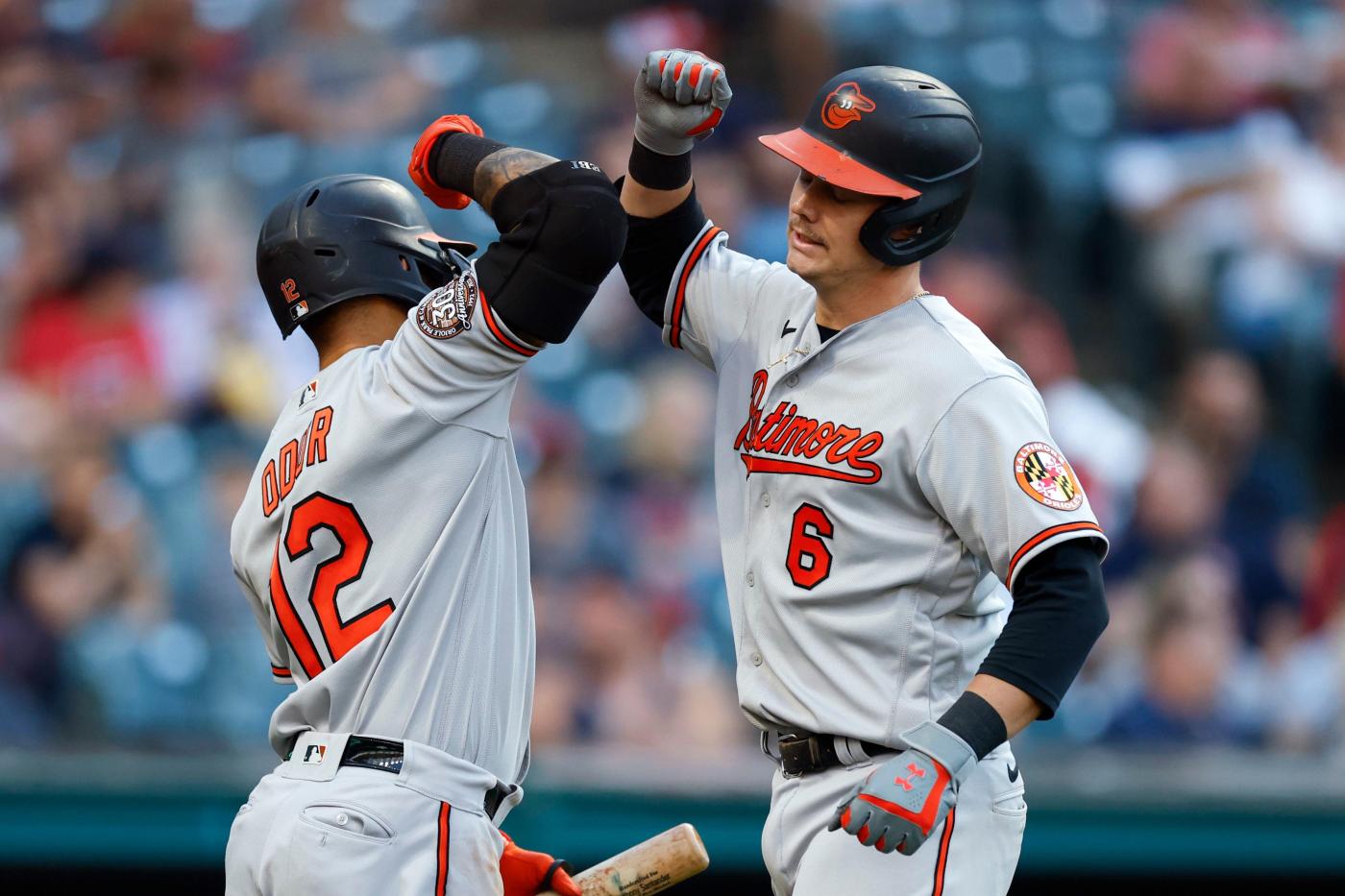 In the dugout ahead of Thursday night’s series finale against the Cleveland Guardians, Orioles manager Brandon Hyde gave credit to his players for reaching this point.

“Nobody thought we would be in this situation that we’re in right now,” Hyde said, and perhaps even he didn’t fully expect it in spring training, when he was uncertain of how his pitching staff would come together.

“That’s an understatement,” Hyde added shortly after watching rookie right-hander Kyle Bradish carve his way through the Guardians. “I had no idea going in what we were going to do rotation-wise, bullpen-wise. A bunch of guys that hadn’t pitched much in the big leagues.”

As Bradish stretched his scoreless-innings streak to 15, he paved the way for the Orioles to beat another division leader. Last week, it was eight scoreless frames against the Houston Astros.

On Thursday, it was seven scoreless innings to outduel a former Cy Young Award winner and lead Baltimore to a series-winning 3-0 victory over Cleveland. With the win, the Orioles (69-61) crept within 1 1/2 games of the final American League wild-card spot. And by doing it with two straight series wins on the road, they made a statement.

“I think it just puts [everyone] on notice that we’re a for real team this year,” Bradish said. “We’re gonna come in playing everybody hard, doesn’t matter who you are.”

Added Hyde: “I know the league has taken notice.”

Of all the starting pitching prospects littering the top of Baltimore’s farm system, Bradish wasn’t the most heralded of the bunch. Right-hander Grayson Rodriguez, who appeared in a rehab outing Thursday in Aberdeen, is the top pitching prospect in baseball. Left-hander DL Hall — Baltimore’s fourth-ranked prospect, per Baseball America — arrived Thursday as a September call-up, prepared for a bullpen role.

And yet Bradish is the breakthrough rookie, performing at a captivating level since he returned from the injured list in July. He allowed two hits Thursday, bringing his total to just four hits allowed in last 15 innings. His ability to throw first-pitch strikes to 19 of the 26 batters he faced was the key, unlocking the ability to use all four pitches in his arsenal.

“They’re always big,” Bradish said of those first-pitch strikes. “I struggled with that before I went on the IL. That’s a big focus for me. If I get ahead, I’m pretty dominant.”

Bradish did most of his damage with his four-seam fastball and slider, the latter of which he used to force six whiffs. In the third inning, he used one four-seamer and two sliders to punch out Amed Rosario on three pitches. In the fourth, Owen Miller went down against three straight sliders.

Bradish made a slight adjustment Aug. 20 against the Boston Red Sox, setting up on the first-base side of the rubber rather than the third-base side, as he had since his days at New Mexico State. It’s something he learned from watching Milwaukee Brewers ace Corbin Burnes, the reigning National League Cy Young Award winner.

The results were there against the Red Sox until a late home run. Then against Houston, a team with the best record in the AL, he became just the second Orioles starter to last more than 7 1/3 innings in Hyde’s four seasons as manager.

“His pitches have been on fire lately,” outfielder Anthony Santander said through team interpreter Brandon Quinones. “He’s been on fire lately. He’s been commanding his pitches really well, and we’re really happy with what we’ve been seeing out of him. Hopefully he can continue doing that and help us continue to push for the playoffs going forward.”

By Thursday, that success continued in earnest, although it took two standout plays from rookie Gunnar Henderson to keep the Guardians off the bases. Playing shortstop for the first time in the major leagues, the game’s top prospect charged a high chopper from Oscar Gonzalez, picked the short hop, tagged second and threw to first for a double play. Later, he sprawled to his right to steal a hit from Rosario, throwing an 89-mph seed across the diamond.

Henderson also registered a single, followed by his first career stolen base. He’s an energizing piece in a clubhouse full of rookies, including the battery of Bradish and catcher Adley Rutschman.

“I’m fortunate to be able to watch him right now,” said Rutschman, who was selected one round before Henderson as the first overall pick in the 2019 draft. “You know the emotions that he’s going through, and just to see him handle it so well, with such maturity and class, speaks a lot to his character. And obviously, the talent is there — it’s more than there.”

Bradish, left-hander Cionel Pérez and closer Félix Bautista didn’t need much run support Thursday, but they received it early. Right-hander Shane Bieber, who had given up just one homer in his last six starts, gave up two in the first inning to Cedric Mullins and Santander. In the fourth, Ryan Mountcastle added a solo shot of his own.

That was more than enough for Bradish, who showed his performance in Houston was no fluke. And he reiterated how, despite an uncertain pitching staff in spring training, the Orioles are in this position largely because of their arms.

“We’ve had guys step up,” Hyde said. “That’s what you need: You need guys to step up the way they have.”