Todays Though > News > With Boston vaccine-mandate case before SJC, what’s next?
News

With Boston vaccine-mandate case before SJC, what’s next? 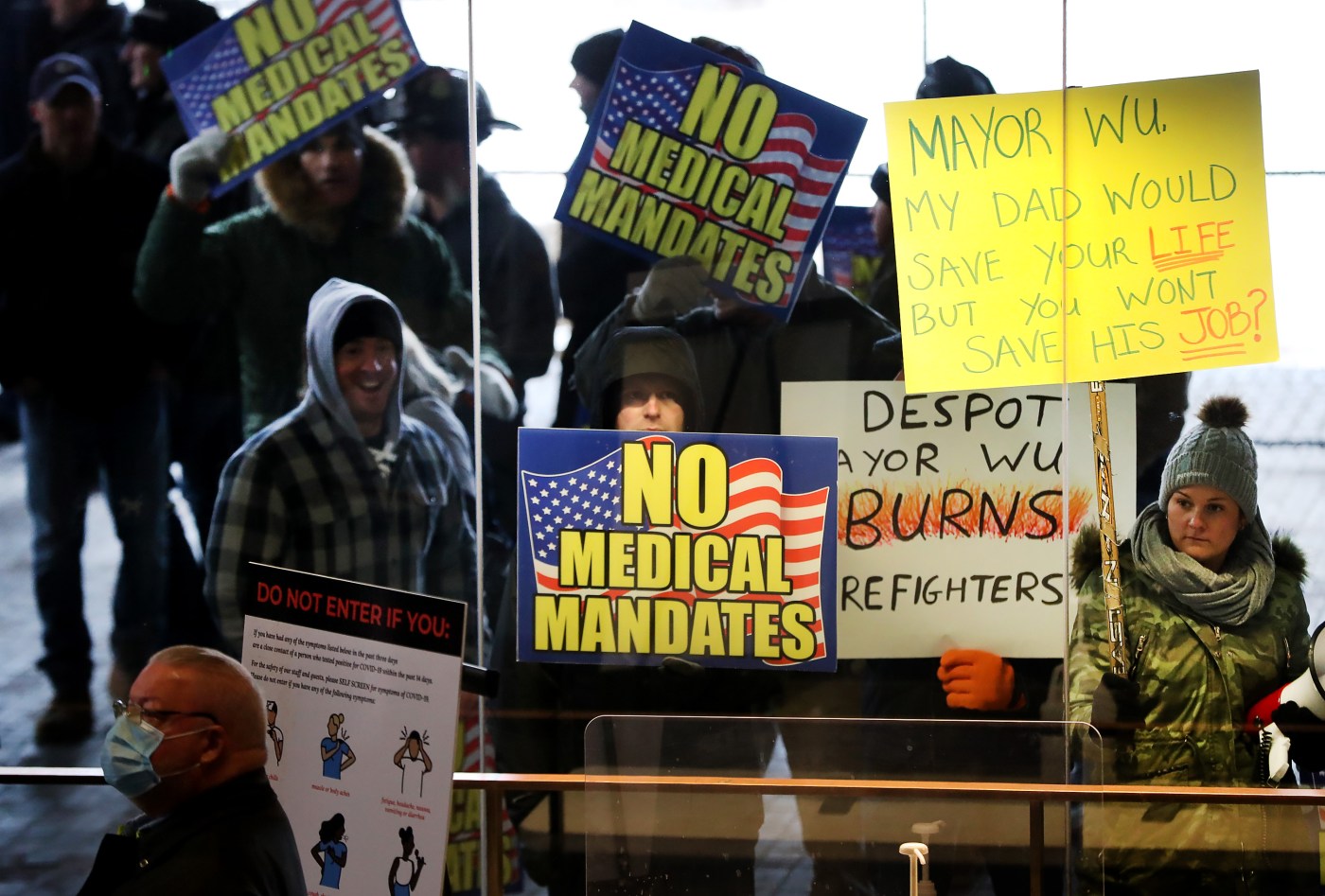 The state’s top court seemed highly skeptical of the decision against the city’s vaccine mandate — but as for what throwing it out would mean for the city’s unvaccinated workers, opinions differed and the administration wouldn’t say what comes next.

The lawsuit filed by multiple of the city’s public-safety unions against Boston and Mayor Michelle Wu came before the Supreme Judicial Court on Friday morning, and the high court is now mulling whether to uphold a lower court’s injunction against the administration.

A couple of the justices present seemed less than impressed with appeals court Associate Justice Sabita Singh’s ruling last spring to overturn a lower court’s decision in favor of the city. Singh ruled that the Wu administration had to place its enforcement of the coronavirus vaccine mandate against union members on hold as the proceedings continued.

The city was allowed to enforce it against workers not covered by the three unions in question, but it opted not to as this case went ahead. The initial decision to create the mandates drew heated protests of Wu at various events around the city.

Now, the Department of Labor Relations continues to pick its way through the various allegations by the police and fire unions that the city broke the rules by overriding previous agreements and announcing a hard mandate in December 2021, and the SJC is deciding whether or not to throw out the injunction against the city enforcing the policy.

The justices on Friday spent a chunk of time on the “so what” of all this, with few clear answers.

“It’s in place for the present for employees; what they’ve been doing is moving the deadline” for compliance,” he said. “The current deadline is pending the result here.”

The attorneys for the three unions — the International Association of Fire Fighters Local 718, Boston Police Superior Officers Federation and Boston Police Detectives Benevolent Society — said that 450 of their members are not vaccinated and worry about discipline up to firing if the injunction is removed.

“If you vacate the injunction, then we’re back in the same place we were at before, which means that the city that goes and enforces the mandate, we’re going to have 400 employees that are going to be fired,” union attorney Leah Barrault told the court. “That is that is a possibility, as the city said — the policy’s in place.”

Associate Justice Scott Kafker, who at one point acknowledges that “we don’t know what the city’s planning on doing” in the end, suggested that the city couldn’t actually do what Barrault and fellow union counsel Patrick Bryant were fearing, given that the Department of Labor investigation is ongoing.

“If they immediately impose a vaccination requirement now, in that context, the law would be that they’d have to bargain to impact and they need an exigency to do it,” Kafker said. “So they couldn’t just go out and do this.”

SJC Chief Justice Kimberly Budd noted that at this point “the city may not even want this policy, given where we are,” but rather this, as the SJC is wont to do, is about setting precedent for future emergency situations.

“So this is really for next time, right?” she said. “This is for the next time the city needs to implement a policy.”

Foskett declined to comment further on his way out the door.

A little while later on Friday, Mayor Michelle Wu didn’t reveal much more when asked about it.

“We’ll wait to see the decision of the court when it comes to the ability and the authority of the city to take steps that are necessary to protect the public health in case of emergency,” the mayor said at a public event. “We’ll see when the decision comes back.”