Todays Though > News > With Justin Fields still feeling out if he can play with a left shoulder injury, Chicago Bears add fourth QB as a precaution – Boston Herald
News

With Justin Fields still feeling out if he can play with a left shoulder injury, Chicago Bears add fourth QB as a precaution – Boston Herald 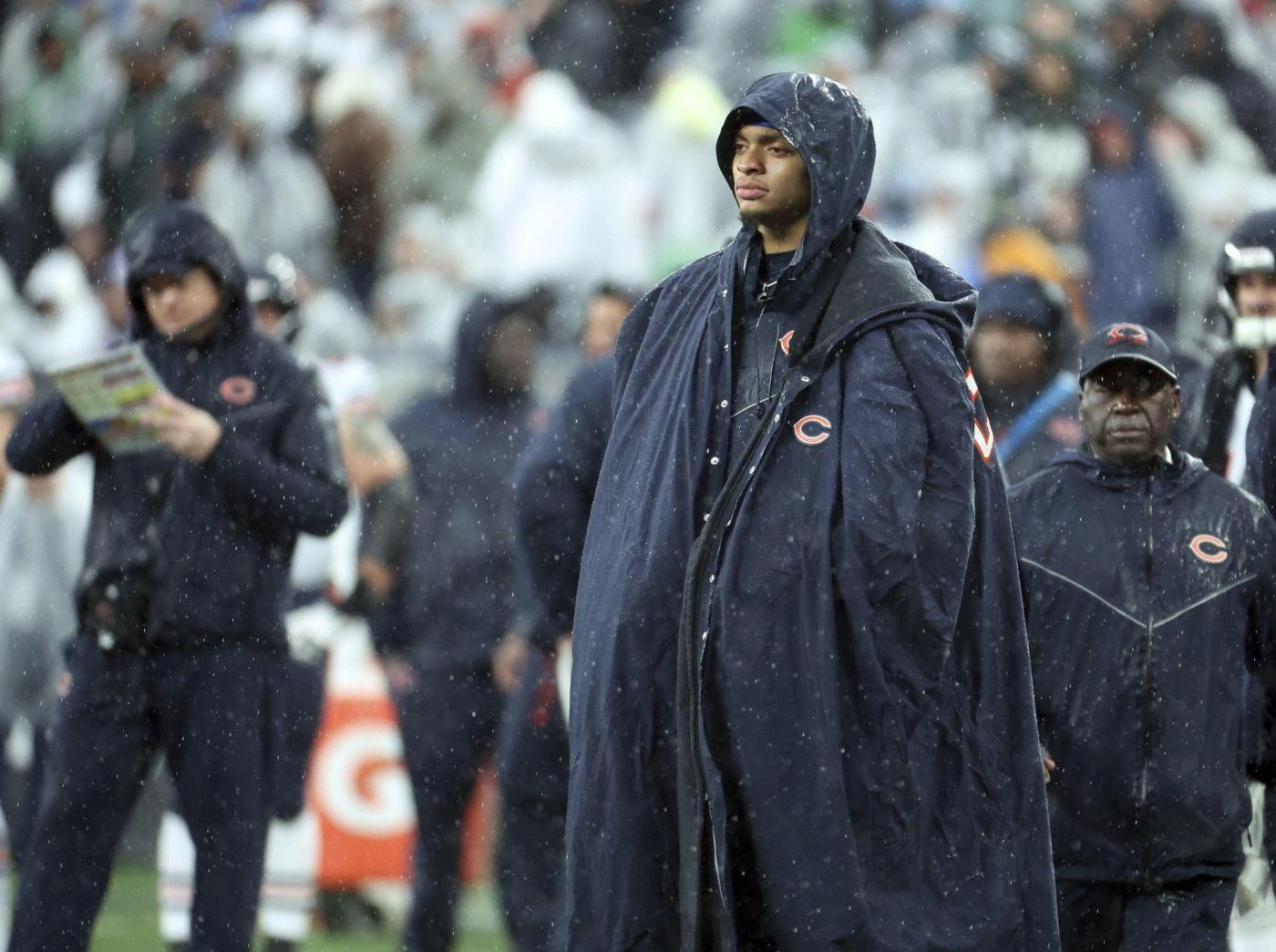 Justin Fields felt better Wednesday than he did a week ago as he continues his recovery from a separated left shoulder.

But the Chicago Bears quarterback said he won’t fully know if he’s ready to play Sunday against the Green Bay Packers at Soldier Field until he gets through more practices.

Fields again was limited at the first Bears practice of the week, held inside the Walter Payton Center because of high winds in Lake Forest. In the portion of the practice open to the media, he ran through ball security drills holding the football with his left arm and threw several times on the move.

Last week, he said he felt pain handing the ball off and finishing his throws. He spoke before practice Wednesday but indicated he needs to get to a point where he feels like he can be productive while playing through the discomfort.

Fields said he thought he had a chance to play against the New York Jets in Week 12 but didn’t feel comfortable enough in warmups. Bears coach Matt Eberflus said Fields also didn’t have medical clearance or the OK of coaches or general manager Ryan Poles.

The Bears quarterback situation is in such a state of flux that the team had to bring in a fourth-string option, signing Tim Boyle off the Detroit Lions practice squad.

Trevor Siemian, who injured his oblique before Sunday’s loss to the Jets but played through the injury, didn’t practice Wednesday. Third-string quarterback Nathan Peterman, who briefly was slated to start against the Jets if Siemian didn’t play, was expected to take some team reps Wednesday and should be in line to start if Fields and Siemian can’t play.

Peterman was a Buffalo Bills’ fifth-round pick in 2017 and has four career starts, his last in 2018. He threw three interceptions in a Bears’ 41-9 victory in that game.

Eberflus said they brought in Boyle as a “precaution to make sure we’re covering all of our bases.”

Boyle and offensive coordinator Luke Getsy worked together for two seasons with the Packers in 2019-20 before Boyle moved to the Lions. Boyle started the first three games of his career last year, completing 61 of 94 passes for 526 yards, three touchdowns and six interceptions.

The Bears have a bye in Week 14, so Fields would have extra time to heal if he doesn’t play Sunday. But Eberflus said that isn’t a factor in determining his game status this week.

“If he feels really comfortable and feels great and his mobility and strength’s back for the medical staff and then the GM and head coach look at it and say, ‘Hey, green light,’ then it’s a green light,” Eberflus said. “So we’ll see it during the course of the week. (It’s) day to day for this week.”

If Fields does play, Eberflus acknowledged the Bears will have to examine the game plan to make sure they put him in a position where he can protect himself.

“We’ve always got to be protective of the quarterback,” Eberflus said. “We’ve got to keep him safe. He’s got to keep himself out of harm’s way. The situation this week is no different. Certainly we look at all that every single week. That’s our quarterback. We want to make sure he’s safe.”

Packers coach Matt LaFleur told reporters in Green Bay they have to prepare for Fields playing.

“We’d be foolish not to plan for Justin because if you don’t you will get gutted,” LaFleur said. “That quarterback run game they have is pretty spectacular. And that doesn’t always even show up just in the run game, but even in his ability to drop back and if nothing’s there to pull it down and find a window or an escape lane and make you pay in that regard. We’re going to have to have everybody in tune and on the same page. You can’t give this guy a sliver of light otherwise he will make you pay.”

Fields — or any quarterback that starts — will have the challenge this week of playing without wide receiver Darnell Mooney, who went on injured reserve with a season-ending ankle injury Tuesday.

Eberflus said the Bears will have to make up Mooney’s production – 40 catches for 493 yards and two touchdowns – by committee. Chase Claypool is an obvious option for more targets as he continues to get more comfortable in the offense. And Byron Pringle is another player from whom the Bears haven’t gotten as much as expected this season. Pringle, who missed six games with a calf injury, had his first game with the Bears with more than one catch Sunday.

Mooney was one of Fields’ favorite targets, and Fields said it was tough to lose him as a player and a leader. But Fields also said he’s looking forward to seeing what other players can do.

“I don’t think it’s a challenge actually. I think it’s an opportunity,” Fields said. “I’m excited to build that connection more with other receivers on the team. So it’s going to be fun finding out what different guys can do because in our offense we usually game plan on certain routes what Darnell could do. But it’s going to be fun figuring out what other guys can do out there and just getting together with them.”