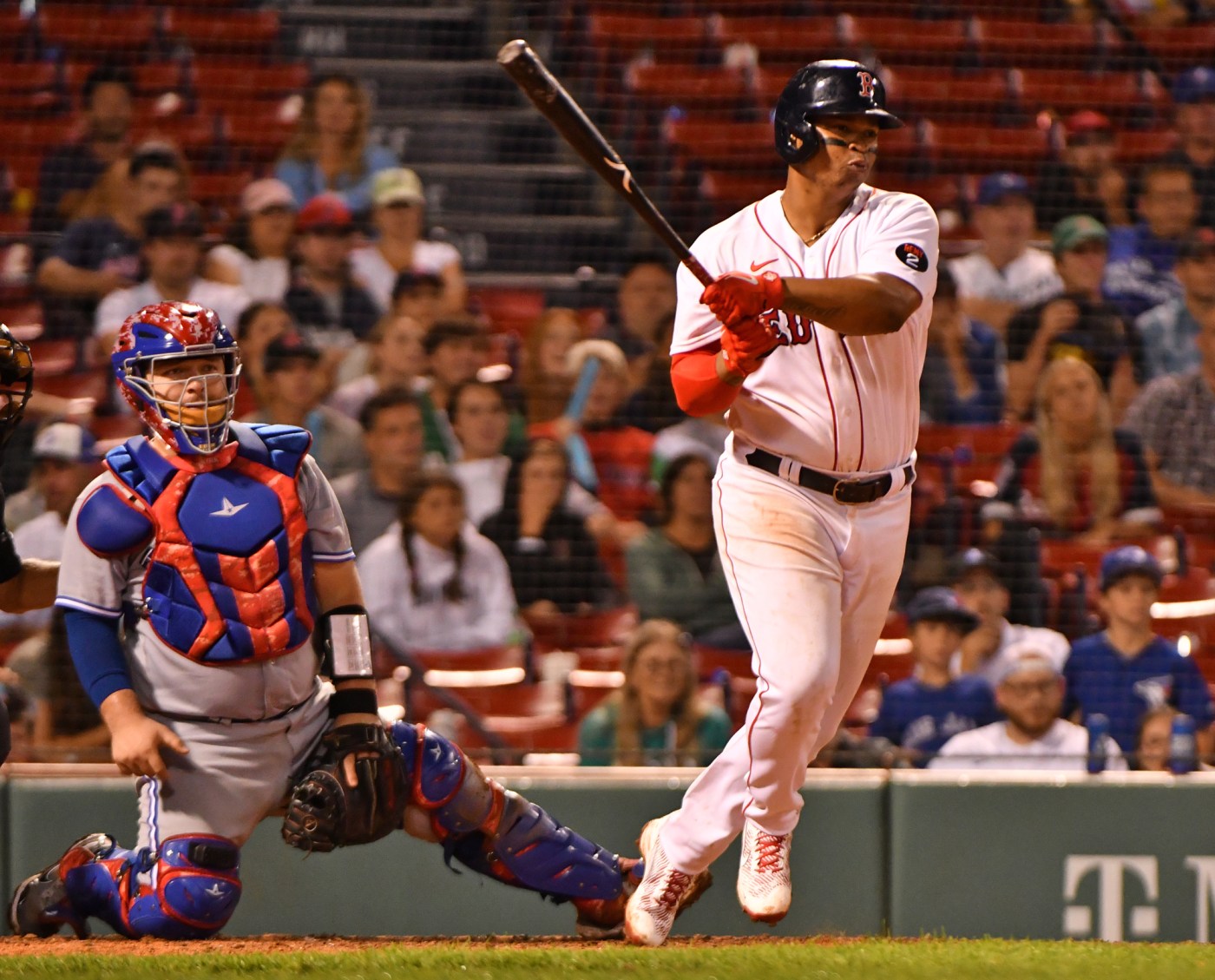 Once again, we’ll call it a bridge year.

Any argument that the Red Sox will be better in 2023 than they were in 2022 would require a lot of truth-bending, wishful thinking and the belief that chief baseball officer Chaim Bloom is willing to mortgage the future to get more talent on the field this year.

He’s hardly shown a willingness to do that, leaving the Red Sox in position to hover around .500 for the second straight year.

If there’s a reason to be hopeful at all about the Red Sox right now, it requires a future-focused perspective.

No, 2023 doesn’t look like their year. But perhaps 2024 and 2025 will be better, with a lot depending on the continued improvement of the farm system and the development of key prospects like Marcelo Mayer and Nick Yorke.

The 11-year, $331 million contract extension for Rafael Devers is the brightest bit of Red Sox news in years and guarantees that they’ll have at least one star player under contract for a long time.

The Red Sox still need another infielder, preferably a legitimate shortstop who can keep Trevor Story and his cranky elbow at second base, and they’re likely to add another outfielder, too. But with the roster as currently constructed, they could send out an Opening Day lineup that looks like this:

The first thing that stands out is the talent at the top of the order. Perhaps the most important piece is Yoshida, the 29-year-old outfielder from Japan who has eye-popping on-base numbers and could provide the Red Sox with their first legitimate leadoff hitter since Mookie Betts.

With 82 walks to 42 strikeouts and a .449 on-base percentage in 515 plate appearances with the Orix Buffaloes last year, Yoshida displayed the kind of potential that an OBP-starved team like the Red Sox couldn’t pass up on. A five-year deal worth $90 million has the potential to look like a steal, especially standing next to Brandon Nimmo’s $162 million contract with the Mets. But if Yoshida’s plate approach and bat-to-ball skills don’t translate against substantially better pitching in MLB, the Sox could look like fools.

Behind Yoshida is Devers, who leads the majors with 264 extra-base hits since 2019, Story, whose 86 home runs rank 40th in that span, and Casas, who has the power and on-base potential to become a two-hole hitter in the future.

But the lineup relies heavily on bounceback seasons from Story and 38-year-old Justin Turner, who hopes to parlay a strong second half into a renaissance season in Boston. The Sox also need some development from Alex Verudgo, who is entering a prove-it year before he’s eligible for arbitration a third time next winter.

Overall, the lineup has above-average potential but lacks reliable power and depth.

Moving onto 2024, here’s a best-guess lineup projection with players who are currently in the organization:

Maybe Opening Day ’24, is a little early to expect Mayer to be in the big leagues, but given Mayer’s pure talent, it’s not a crazy suggestion. The best players get to the big leagues by 21 years old and Mayer is a consensus top-20 prospect. He hit .280 with a .399 OBP and .887 OPS across Single-A in his first professional season as a 19-year-old. With another big year of development in ‘23, it’ll be hard for the Sox to keep him in the minors.

Rafaela has already proven the ability to hit in Double-A, widely considered a litmus test for prospects, and could presumably make his debut sometime this year. While he’s considered an above-average defender at shortstop, too, the Sox’ depth at the position would make Rafaela more valuable as center fielder, particularly with Hernandez eligible for free agency next winter.

Surely, this team would need to sign a middle-of-the-order bat, especially if Turner fades and is no longer productive at 39 years old. Aside from Shohei Ohtani, who could get the biggest contract in baseball history next winter, there aren’t many big-time bats to be had, leaving the Sox in position to make trades or test their young talent at the big league level.

Down the road further, here’s a Hail Mary projection for 2025:

OK, so this is a silly exercise without projecting the Red Sox to sign anybody in free agency or make big league acquisitions, but it’s fun to imagine a lineup that includes Devers, Casas and Story along with top prospects Mayer, Rafaela and Yorke.

Yorke was considered an ambitious draft selection at 17th overall in 2020, but looked great in his first pro season in 2021 (.325 average, .928 OPS) before struggling at the plate at High-A Greenville last year (.232/.668). A strong showing at the Arizona Fall League (.342/.950) was good to see, and if the Sox are still going strong with Mayer/Story up the middle, Yorke could slide in nicely as a replacement for Verdugo in right field.

Kavadas isn’t considered a true prospect, but the 11th-round pick out of Notre Dame in 2011 showed advanced power and plate discipline in his first full professional season across Single-A and Double-A (.280/.990) and has a chance to be a big league contributor.

Overall, the Red Sox have a lot of work to do to get back to their winning ways, but have some young talent to get excited about, particularly now that Devers will be in the lineup with them for years to come.