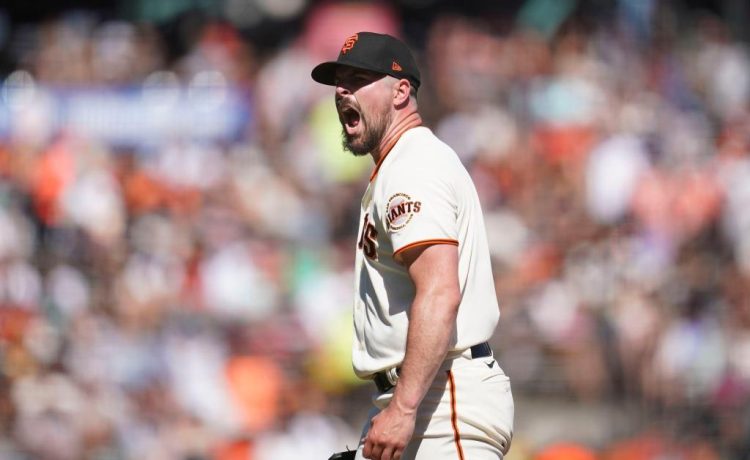 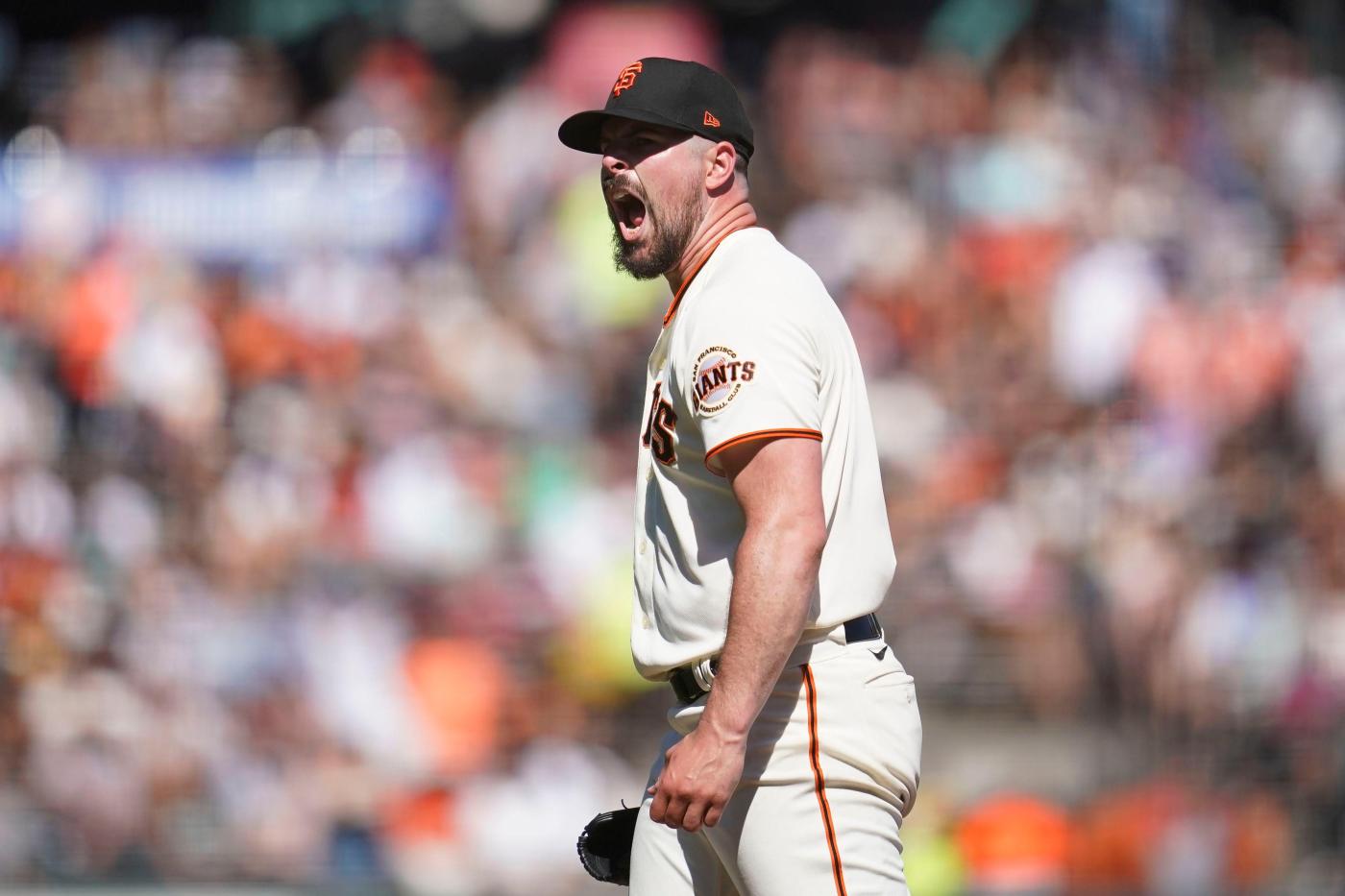 If offense sells tickets and pitching wins championships, the Yankees might be headed for a sparsely-attended romp toward the World Series.

The team made one of the biggest plays of the offseason by signing left-handed pitcher Carlos Rodon to a six-year, $162 million contract. The move is many things. In terms of total money, it is the second-largest contract given to a pitcher this offseason, trailing only Jacob deGrom’s $185 million. It is also the second-largest contract the Yankees have ever given a pitcher, behind the $324 million for Gerrit Cole, which remains the largest contract ever given to a pitcher, period. And, as many fans have already taken note of, it is nearly 14 years to the day since the Yankees went all in on CC Sabathia, whose total payout from the Yankees was one million dollars short of Rodon’s and also led to a ring.

Most importantly, though, this is the move that finally makes the Yankees better than they were last year. The theme of their offseason up to this point had been retention. As the top external free agents flocked elsewhere, the Yankees looked to be in danger of stagnating. All of that went out the window on Thursday night. This is not some anodyne agreement with a middle reliever or feel-good deal for a grizzled but respected clubhouse presence. This is a pitcher who strikes fear in the heart of anyone who faces him.

In Rodon, the Yankees are getting a guy who ranks first among lefties in Wins Above Replacement, strikeouts per nine innings, opponents’ batting average and opponents’ OPS over the last two seasons (min. 200 innings). His 33.9% strikeout rate during that time is also first among all starting pitchers who have pitched that much. Second on that list is Cole, his new wingman.

Rodon is coming off career highs in innings pitched and called + swinging strike percentage, meaning in the biggest sample size of his career, he was creating strikes at a higher clip than ever before. His ERA for each of the last two seasons has also sat below 3.00. This is a true strikeout artist, and one who’s held his walks in check over the last two star-making seasons as well. None of those statistics (put up in 2021 with the White Sox and 2022 with the Giants) will matter once Rodon dons a Yankee uniform, though. His job is simple: to be one of the players that ends the team’s long World Series absence.

One thing that should help, at least on paper, is that the Yankees now have a rotation that more than stacks up with Houston’s. As the Astros lose Justin Verlander and the Yankees gain Rodon, the gulf between the two American League teams has evaporated significantly. Though Houston’s duo of Framber Valdez and Cristian Javier have proven to be postseason warlocks, Rodon and Cole are a better one-two punch in terms of raw pitching ability. Remember how Rodon has the lowest opponents’ batting average among all lefties since 2021? He’s only narrowly ahead of Nestor Cortes, who is now a wildly overqualified third starter.

The “bottom” of the Yankees’ starting staff is now Luis Severino and Frankie Montas. At the end of last season, Severino looked an awful lot like the unhittable pitcher of yore and less like the erratic, injury-prone hurler that many feared would be his new permanent state. Let’s also not forget that Montas was considered the second-best pitcher available at the trade deadline and that his struggles in the Bronx have been injury-related, which should be a non-issue by the time spring training gets here.

Another way of looking at this is that the Yankees began last year with Jordan Montgomery and Jameson Taillon — fine pitchers in their own right — but have now replaced them with Rodon and Montas, who each have top-six Cy Young finishes in their very recent past. That is a major upgrade, and even if the Yankees should still avoid complacency and try to add a corner outfielder, they are now in much better shape when it comes to achieving their ultimate goal. No team has a more talented top-to-bottom rotation, including the pitching factory in Houston.

The knock on Rodon during his career has never been skill-related. It’s been all about health. He’s yet to reach 180 innings in a season, let alone 200. His list of maladies involves all the problem areas for a pitcher: elbow, shoulder and even the wrist. His 2019 and 2020 seasons were mostly lost to Tommy John surgery, which led to the White Sox non-tendering him after the COVID season, an unthinkable decision now that they and the baseball world have seen what a fully healthy Rodon is capable of. His well-timed breakout in San Francisco was injury-free and led to him crossing the 30-start threshold for the first time, but as recently as August 2021 the White Sox sent him to the injured list with shoulder fatigue.

There’s no sense in predicting whether or not he’ll get injured as a Yankee, but the point is that his prized left arm has been through a lot. As such, the two things that could conspire together to ruin this Yankee experiment are health and offense. While every team has to worry about keeping their guys out of the trainer’s room, the Yankees have famously struggled with that lately. The offense is a whole other thing — and that could also get better before offseason activity comes to a close — but they might only need one three-run homer from Aaron Judge or Giancarlo Stanton to win on most nights.

Give the much-maligned front office credit for identifying a player that raises their collective ceiling and fits their plan for the next half-decade, and then going out and actually getting him. All the clamoring from fans who wanted to find a Carlos Correa or Trea Turner under the Christmas tree was met with constant reminders that the Yankees like their internal middle infield options. While the suits didn’t see any of the sexy shortstops as a logical addition, they certainly viewed Rodon in that light, and signing him for the next six years is the exact type of swing that needed to be made.

The Yankees could not simply put their tail between their legs and sell fans on the idea that they were in on these discussions and fell short, or that they didn’t want to meet Rodon’s financial demands. While visions of Carl Pavano and Kei Igawa will always get conjured up when the Yankees devote themselves to a free agent pitcher, Rodon represents something that neither of those gentlemen did.

Those signings reeked of desperation. At the time of those ill-fated transactions, the Yankees needed an ace to assert themselves after Roger Clemens bolted for Houston and Mike Mussina neared his forties. These current Yankees already had four ace or ace-adjacent pitchers, and by throwing one more into the mix, they stand to be one of the toughest outs in the AL playoff bracket.