Todays Though > News > With the Chicago Bears mired in another extended losing streak, Matt Eberflus must lift his team through the struggle – Boston Herald
News

With the Chicago Bears mired in another extended losing streak, Matt Eberflus must lift his team through the struggle – Boston Herald 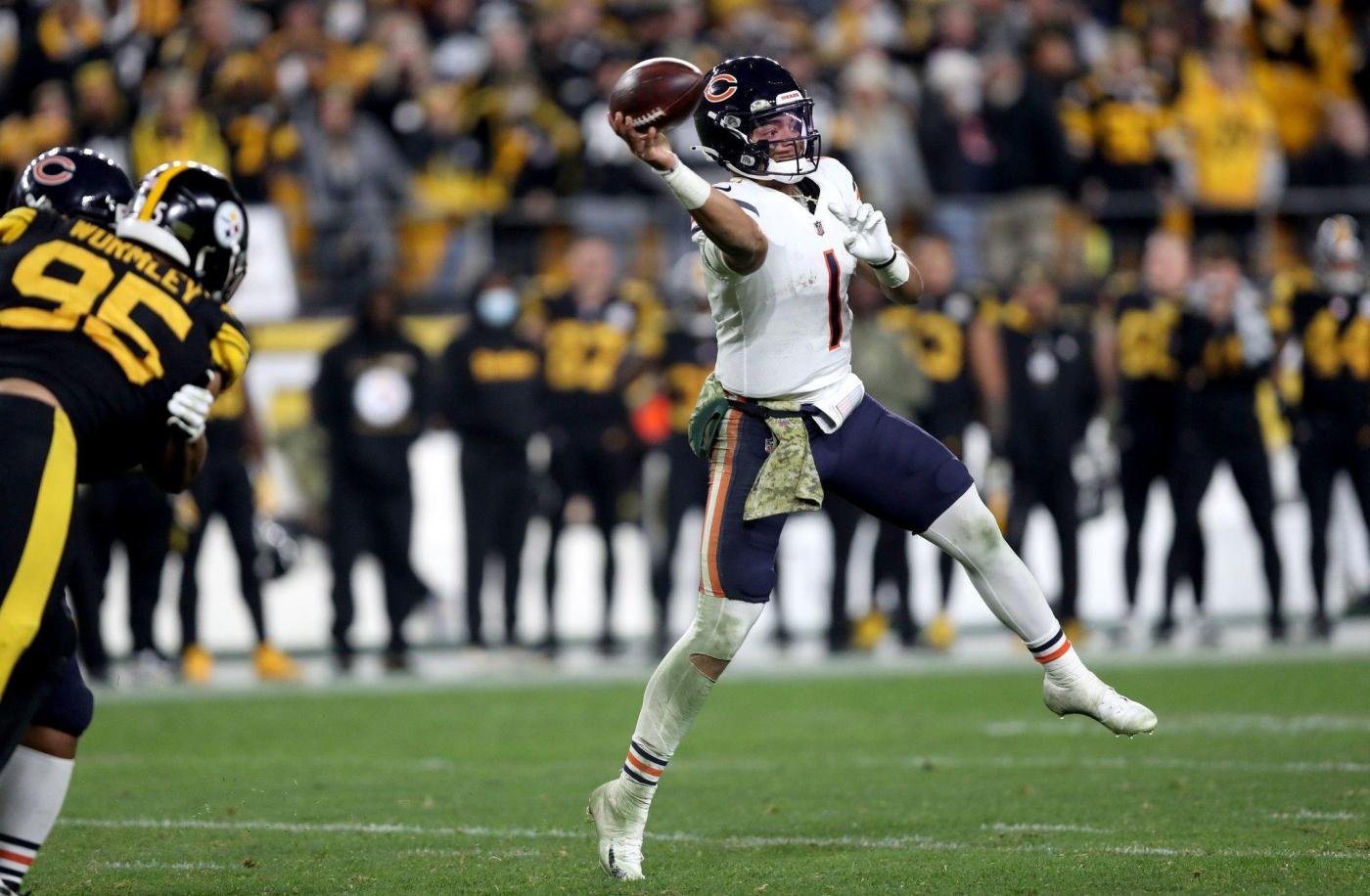 The Chicago Bears are mired in another lengthy skid. On Monday night, when they walk onto the field at Gillette Stadium to face the New England Patriots, they will be 29 days removed from their last victory.

Remember that triumph? The 23-20 defeat of the Houston Texans that was made official when Cairo Santos converted a late Roquan Smith interception into a 30-yard walk-off field goal?

Well, it has been a while …

The Bears took a trip east in Week 4 and stumbled through an error-filled, touchdown-less road loss to the New York Giants.

They followed the next week with a brutal start in Minnesota, and their second-half rally wasn’t enough.

On Oct. 13, they scored only seven points and face-planted during several fourth-quarter moments of truth, losing in prime time to the sputtering Washington Commanders — who, by the way, came to Chicago on their own four-game losing streak.

Now the Bears are in Foxborough, Mass., where a chess match against Bill Belichick awaits, then off to Dallas in Week 8 to face a nasty Cowboys defense that has enough teeth to chew them up and spit them into the trash can.

In short, the Bears are staring down the barrel of a winless October. Which leaves rookie coach Matt Eberflus facing his first major leadership test.

On Thursday, Eberflus was asked how he will combat discouragement within his players while retaining the intensity and concentration he requires to build his program.

“I just think that’s focus,” Eberflus said. “You focus on where your feet are right now and on trying to get better and improve with every single rep, every single practice. (That’s) individually, as a unit and as a football team.”

That kind of micro-focus will be necessary, no doubt. But it also might be hard to obtain from a group whose best efforts continue to go unrewarded on game days.

Sure, this is a rebuilding season. It was set up that way from the get-go. And this recent pileup of losses was predictable and, to be frank, pretty inevitable for a team with the talent and depth deficiencies the Bears have.

But that doesn’t make the grind of persevering through failure any gentler. That’s why Eberflus will need to make sure his voice continues to resonate. He also will need his team leaders to stand tall and set a tone on an everyday basis. For another 12 weeks.

To that end, third-year cornerback Jaylon Johnson seems to have an attitude worth emulating. Johnson was asked last week how the Bears can prevent the disappointment of losing three in a row — and maybe four or five or six — from spawning some natural lethargy and consternation that only would make the climb more difficult.

“Hopefully there’s no (mental) fatigue when we’re losing,” Johnson said. “I feel like, if anything, everyone should have more energy to stop the bleeding.”

Words of encouragement, Johnson emphasized, can go only so far.

“Of course we’ve all heard we’re moving in the right direction,” he said. “But we have to find a way to really stop the bleeding. And I feel like that starts with each individual person.

“There shouldn’t be a shortage of energy. If anything, we need to have more energy. We need to find a way to spark this team. Just find a way to win. That’s what it’s about right now.”

If the Bears can’t upset either the Patriots or Cowboys in the next seven days, they will be in familiar but ugly territory, suffering through a winless stretch of at least 40 days for the fourth consecutive season.

In 2019, in what was supposed to be a glorious 100th-season celebration with Super Bowl dreams built in, the Bears went 42 days between their third and fourth victories. The season unraveled, and a promising team’s projected ascent became a nosedive.

The next year, the Bears went 56 days between victories with a six-game losing streak torpedoing the good vibes of a 5-1 start and leaving few doubts as to how far away from legitimate contention the organization was — even with a backdoor entry into the NFC playoffs as an 8-8 No. 7 seed.

Last season, 46 days passed between a 20-9 victory over the Raiders in October in Las Vegas and an Andy Dalton-sparked 16-14 win over the Detroit Lions on Thanksgiving.

Ultimately the pattern of downward spirals cost general manager Ryan Pace and coach Matt Nagy their jobs and led to the 2022 reboot in which the front office and coaching staff were overhauled and the roster was blown up and reconstructed.

Yet here we are. It’s happening again.

The Bears now need leaders to steady the ship.

That starts with Eberflus but also will require heightened direction from team captains such as Justin Fields, Robert Quinn and Roquan Smith. Throughout the locker room, a united effort will be needed to keep the necessary grind from becoming an intolerable slog.

‘No matter the circumstance’

Linebacker Nick Morrow knows the Bears’ recent losing streak has been frustrating for a lot of players. He also understands the wiring required to attain NFL success.

“Week after week, you have to come in here and be a professional,” Morrow said. “I say it all the time: A pro is at his best no matter the circumstance. Winning, losing. Hot, cold. If you’re playing, not playing, whatever it is, you have to be a pro.”

With a young team, veterans such as Morrow will have to lead by example.

“Rah-rah only goes so far,” he said. “You can tell a guy, ‘Come on! Let’s go! Let’s go!’ But this is more about showing up to work every day, showing up to practice, showing up in the film room, asking good questions in the meetings. You keep the mental fatigue from creeping in by constantly staying engaged and keeping everyone around you up.”

Morrow recognizes that’s easier said than done. But he praised Eberflus’ day-to-day steadiness and remains confident the Bears have players with the proper mindset to sidestep the traps of impatience and dismay.

“You’ve heard the saying: ‘The last thing to show in a successful business is a profit,’ ” Morrow said. “Winning is our profit, obviously. But we also have to look every week to see if we are improving — whether that’s as an individual, as a position group, as an offense or defense or as a team. We can’t lose that perspective. The tape will tell us what we need to know.”

There will be more tape Monday night from a measuring-stick game. The hope at Halas Hall is the hunger and ambition from August won’t turn into a defeated outlook in November and December.

A win will be needed at some point. And preferably sooner rather than later. But at this stage in the Bears’ reconstruction process, the day-to-day attitude and approach remains equally important.