Todays Though > News > With the Chicago White Sox rotation finally whole, it’s time for the starters to pick up the slack – Boston Herald
News

With the Chicago White Sox rotation finally whole, it’s time for the starters to pick up the slack – Boston Herald 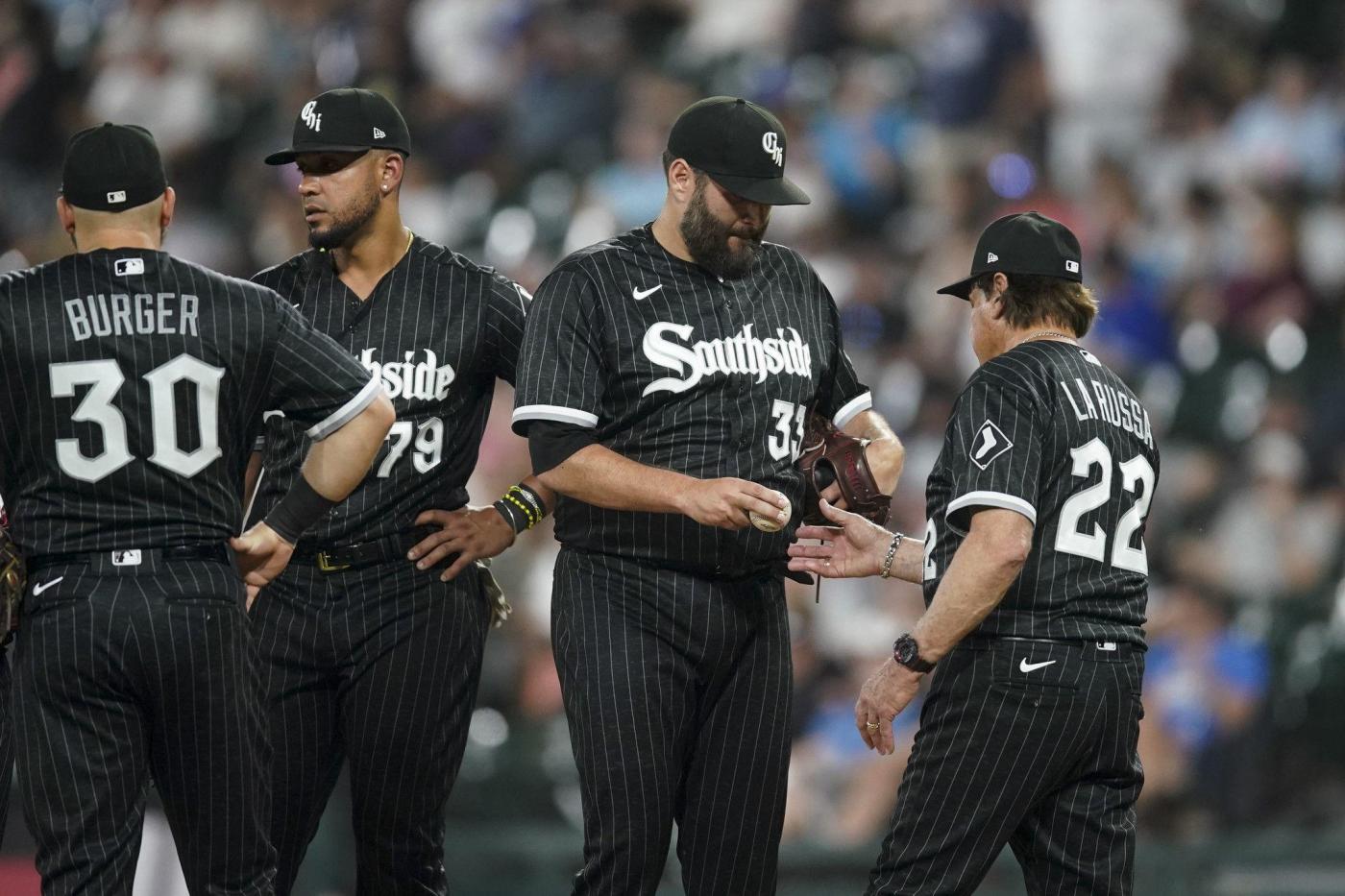 It takes a lot to satisfy a pitcher like Lance Lynn, and Monday night’s performance was not going to cut it.

“I gave up five runs in five innings,” Lynn told reporters after the game, “It’s still horse(bleep), so …”

If you think Lynn was being too hard on himself after only two starts following 2½ months of rehab from knee surgery, perhaps Lucas Giolito can allay your concerns about the Chicago White Sox rotation.

“I can only speak for myself, but I have not been doing my job,” Giolito said before Tuesday night’s 7-6, 12-inning victory over the Toronto Blue Jays at Guaranteed Rate Field. “Luckily the guys around me in the rotation have really been doing a nice job and picking it up a level like they have.

“It’s important for me to clean these things up and get back on track and help this team win ballgames.”

Both pitchers know they need to be better for the Sox to return to their 2021 form, and now is as good a time as any to show it.

These are trying times for the Sox, who’ve been waiting all season to go on an extended run. The return of Lynn means the rotation is as healthy as it has been, so no excuses allowed.

Lynn, Giolito, Dylan Cease, Michael Kopech and Johnny Cueto can be as dominant as any rotation in baseball, but the longer it takes before they’re all in sync, the harder it will be for the Sox to climb out of their hole.

Cease was in top form Tuesday, matching his career high with 11 strikeouts — all on sliders — in six shutout innings and allowing only an infield hit in the sixth and a pair of walks. It was the 12th double-digit strikeout game of his career.

But the Blue Jays scored one off Jimmy Lambert in the seventh and three off Davis Martin in the eighth to take a 4-2 lead into the ninth. Luis Robert’s two-out, two-run single tied it, and after the teams traded single runs in the 10th and 11th, Josh Harrison’s two-out single in the 12th brought home the winning run.

The departure of Carlos Rodón in free agency, Lynn’s end-of-spring-training knee injury and the struggles of since-released veteran Dallas Keuchel all affected the rotation early this season. But we’ve seen all of the starters at their peak, which gives Sox fans hope the best is yet to come.

It all starts with Lynn, whom Giolito called the leader of the pack.

“Having Lance back is huge,” he said. “And the way Johnny has been pitching is just fantastic. What an amazing addition for us. Dylan and Michael are doing their thing. We can continue to motivate each other every single time out.

“Watching one of our guys go out and do their thing, it gives me the motivation to keep working hard and to clean up these things I need to clean up so I can do my job too.”

Giolito, who starts Wednesday afternoon’s series finale against the Blue Jays, is 4-3 with a 4.78 ERA, his highest since 2018, the year before his turnaround.

Right-handed batters have a 1.059 OPS against him after Giolito limited them to a .690 OPS last year. He was pitching well through the first two months, but an 8.71 ERA over his last four starts since May 31 is alarming.

Giolito said Tuesday some mechanical fixes were in order with pitching coach Ethan Katz after last week’s start in Houston, where he allowed eight runs in five innings in a 13-3 loss.

“The advantage is that Ethan and he have a great relationship, and Ethan can make a trip (to the mound) and he’s always better after a trip,” manager Tony La Russa said Tuesday. “But most of the time, if a hitter struggles or a pitcher’s not exactly where he wants to be, there’s something wrong mechanically. That’s why the coach tweaks and they get back on it. But as long as he’s healthy and he’s got the heart and he’s got the smarts …”

Lynn has had moments of dominance in his two starts but not nearly enough for someone of his talent. He has given up eight runs (six earned) on 14 hits over 9⅓ innings after three subpar outings in the minors.

He wasn’t helped much Monday when a 3-2 cutter to Vladimir Guerrero Jr. in the sixth inning was called a ball in spite of being down the middle of the plate. Instead of getting the strikeout, Lynn was left with two on and no outs. He bit his glove in frustration, then allowed a two-run double to Teoscar Hernández, ending his night after five-plus innings and 99 pitches.

“You’re looking at the fifth start I’ve made since I’ve had surgery,” Lynn said. “We don’t know what the next start is going to feel like after getting close to 100 pitches. That’s just the way it works right now until I get some starts under me and know what I’m working with.”

Unfortunately the Sox can’t afford to wait for Lynn to ease himself back into form. They need him to take the ball into the seventh or eighth inning and help save a bullpen under stress with closer Liam Hendriks on the injured list.

The important thing is both Giolito and Lynn know they’re better than they’ve pitched so far, and they understand the Sox need them to step up to get this team where it needs to be.