With Yankees finally showing some cracks, what will trade deadline bring? – Boston Herald 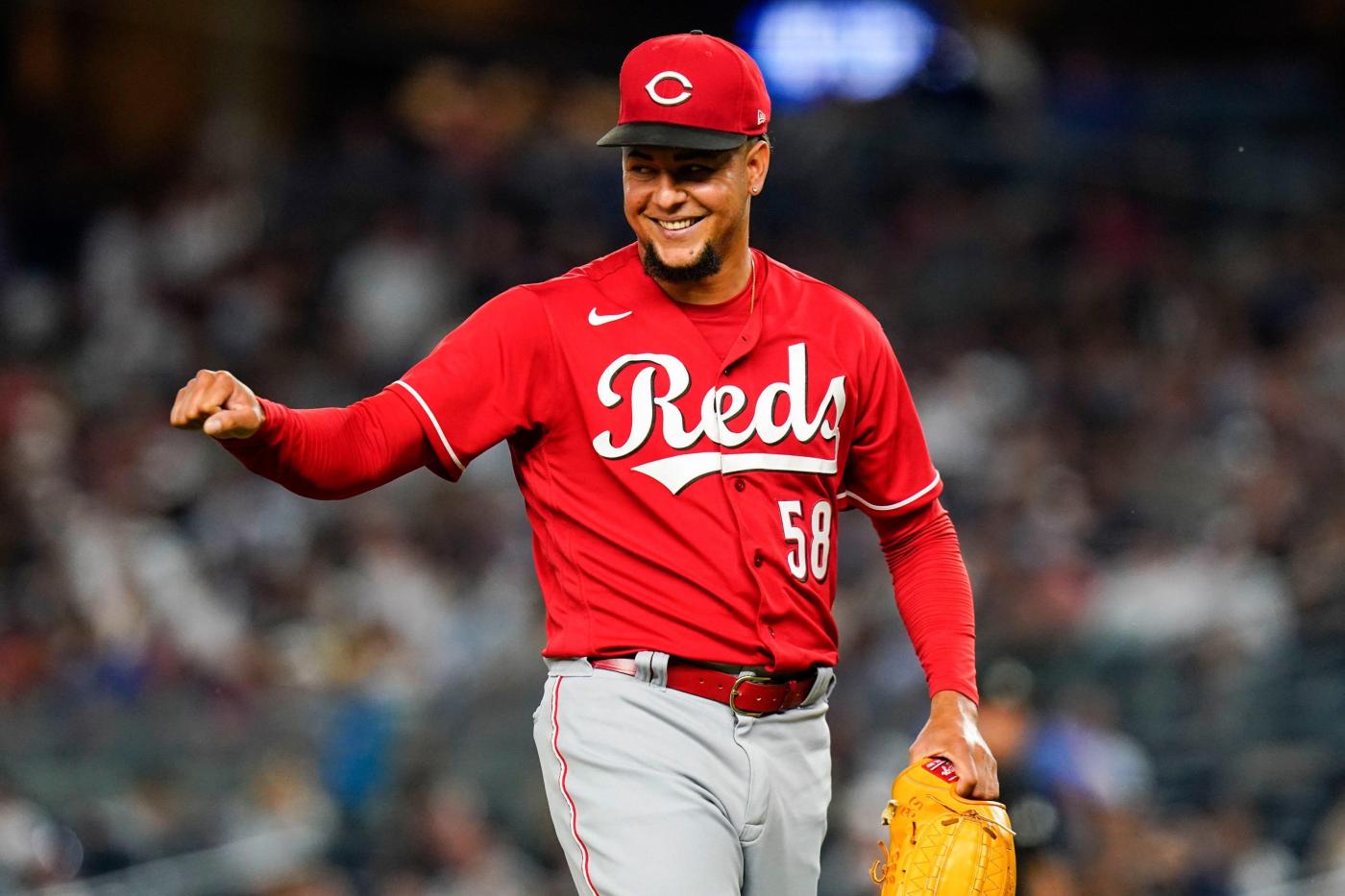 This is why they call it the long season.

On the 4th of July, the Yankees were cruising along at a near .700 pace and had folks talking about possibly their greatest season ever. Then came five losses in their next nine games including two out of three at home to the lowly Reds along with the loss of Luis Severino to a lat injury — and suddenly doubts have arisen as to whether the Yankees do have the right stuff to make it back to the World Series for the first time since 2009.

But honestly, did anyone really think the Yankees were going to go through an entire season without any injuries to their starting rotation? Or that Clay Holmes was going to go through an entire season without one bad outing? It’s a long season. And with Severino down, presumably for at least a month, and Nestor Cortes having already surpassed his career season-most innings total, and Jameson Taillon having watched his ERA balloon from 2.30 on June 1 to 4.01, speculation has renewed that they will be in the market for a starting pitcher. In particular, the Reds’ Luis Castillo, who showed definitively he’s not bothered by New York when he held the Yankees hitless for 5 1/3 innings in the Bronx Thursday night.

But the Reds, who’ve been blistered by their fans for trading away all their best players last winter, are going to have to get a haul for Castillo, at least one and maybe two top prospects, especially since he can’t be a free agent until 2024. Now if George Steinbrenner were still alive, I believe that Oswald Peraza would be playing shortstop for the Reds right after the All-Star break and Castillo would be following Gerrit Cole in the Yankees’ second-half rotation. But Hal Steinbrenner is very protective of the Yankee farm system and has made the point on many occasions that, unlike his impulsive dad, he doesn’t favor trading away his top prospects. Great as Castillo has pitched this year, I’m told there are also reservations among the Yankee high command about him missing the first five weeks of the season with a shoulder issue.

What Brian Cashman and the rest of the Yankee hierarchy have to be asking themselves right now is: Are we better than the Astros? And if not, what do we have to do to be better, short of trading away any of our top prospects? With Domingo German coming back after the All-Star break, Clarke Schmidt pitching well at Triple-A and Severino presumably fully recovered by mid-August, Cashman probably feels he can address whatever starting pitching issues he has from within and there is no need for panic.

But like almost every other contender, the Yankees could always use another back-end reliever and perhaps an extra left-handed outfield bat to replace Joey Gallo. Even though he’s a rental, the Royals are said to be asking for a top prospect for Andrew Benintendi. A better bet is Arizona’s 34-year-old David Peralta, who’s also a rental and has 11 homers this year but wouldn’t cost that much. In any case, putting Peraza, Anthony Volpe and Jasson Dominguez aside, Cashman still has plenty of capital within his system to get what he needs on the outfield/bullpen peripheries.

Meanwhile, the long season wasn’t nearly long enough for Charlie Montoyo, who was fired as Blue Jays manager last Wednesday, following a 1-6 road trip through Oakland and Seattle that left his underperforming team in third place, 48-43, 14.5 games behind the Yankees — and right after he’d returned from attending the funeral of Julia Budzinski, the 17-year-old daughter of his first base coach Mark Budzinski.

Considering the fact the Blue Jays, with their power-stacked lineup and seemingly quality deep rotation and the highest payroll ($171 million) in their franchise history were the consensus pick to be the Yankees’ biggest challengers for AL East supremacy — or to win the division outright — Montoyo’s dismissal, cold as it seemed, was maybe not all that surprising. Though no specific reason was given, other than the team has underperformed, you get the feeling the Jays hierarchy felt the effusive, popular Montoyo was too easy with the players and that a firmer hand, in this case bench coach John Schneider, an organization lifer who managed and won championships with many of the Blue Jay players in the minors, was needed.

But it certainly wasn’t Montoyo’s fault that Jose Berrios, to whom the front office gave a seven-year/$131 million contract last winter, has a 5.38 ERA and a 10.1 hits per nine innings ratio. Or that Hyun Jin Ryu, a 14-game winner last season, went down for the season with elbow surgery, or that the Blue Jay bullpen’s 4.31 ERA ranks 21st in the majors. Having done the dirty deed with Montoyo, it will now be up to the front office to upgrade the bullpen and perhaps find another starter at the trading deadline if Schneider is to succeed. There’s still plenty of time left in the long season.

Seemingly out of nowhere the Orioles have emerged from the depths of the AL East to climb to .500 for the first time this late in a season since 2017, but before we start anointing GM Mike Elias for executive of the year honors, some important perspective is due. It’s been nearly four years since Elias took over as O’s GM and immediately fired nearly all of their scouts and replaced them with a flotilla of analytics nerds — and embarked on a massive tanking effort that subjected loyal Orioles fans to the worst team in baseball and two 100-loss seasons in the last three years. Make no mistake this present Orioles renaissance has almost nothing to do with Elias’ baseball expertise and rather everything to do with what his predecessor, Dan Duquette, left in place for him, which is now maturing.

With the exception of catcher Adley Rutschman, whom Elias made the overall No. 1 draft pick in 2019 and is so far struggling mightily with the bat (.210), the entire core — Cedric Mullins, Anthony Santander, Trey Mancini, Austin Hays and Ryan Mountcastle — were brought into the organization by Duquette. In addition, the O’s two top pitching prospects, Grayson Rodriguez and DL Hall, were drafted by Duquette. Their top position prospect, infielder Gunnar Henderson, was scouted and signed by Dean Anthony, a 20-year veteran of the organization whose reward was to be fired (and heartbroken) by Elias. The only major contributor to this Orioles team’s sudden success Elias can take a bow for is the accidental closer, Jorge Lopez, their lone All-Star who failed miserably as a starter after being claimed off waivers from the Royals two years ago…

What’s wrong with this picture? The Tampa Bay Rays were voted by Baseball America the top minor league system in 2020 and 2021 and No. 2 overall this year — and yet, with Wander Franco, Kevin Kiermaier and Brandon Lowe on the injured list, there are only three homegrown players on the current Rays active roster, Shane McClanahan, Taylor Walls and Josh Lowe. The rest of their rotation behind McClanahan and the endless entourage of no-name relievers manager Kevin Cash trots out game after game — Colin Poche, Jason Adam, Matt Wisler, Jalen Beeks, Ryan Thompson, Luke Bard, Brooks Raley and Tommy Romero – were all cast off by other organizations. Meanwhile, the Rays have another 11 pitchers on the injured list! So while the Baseball America kudos for Rays’ minor league system may have yet to be realized, one thing is clear: Erik Neander and his scouts have a keen eye for other teams’ talent and the Rays simply do not make bad trades.