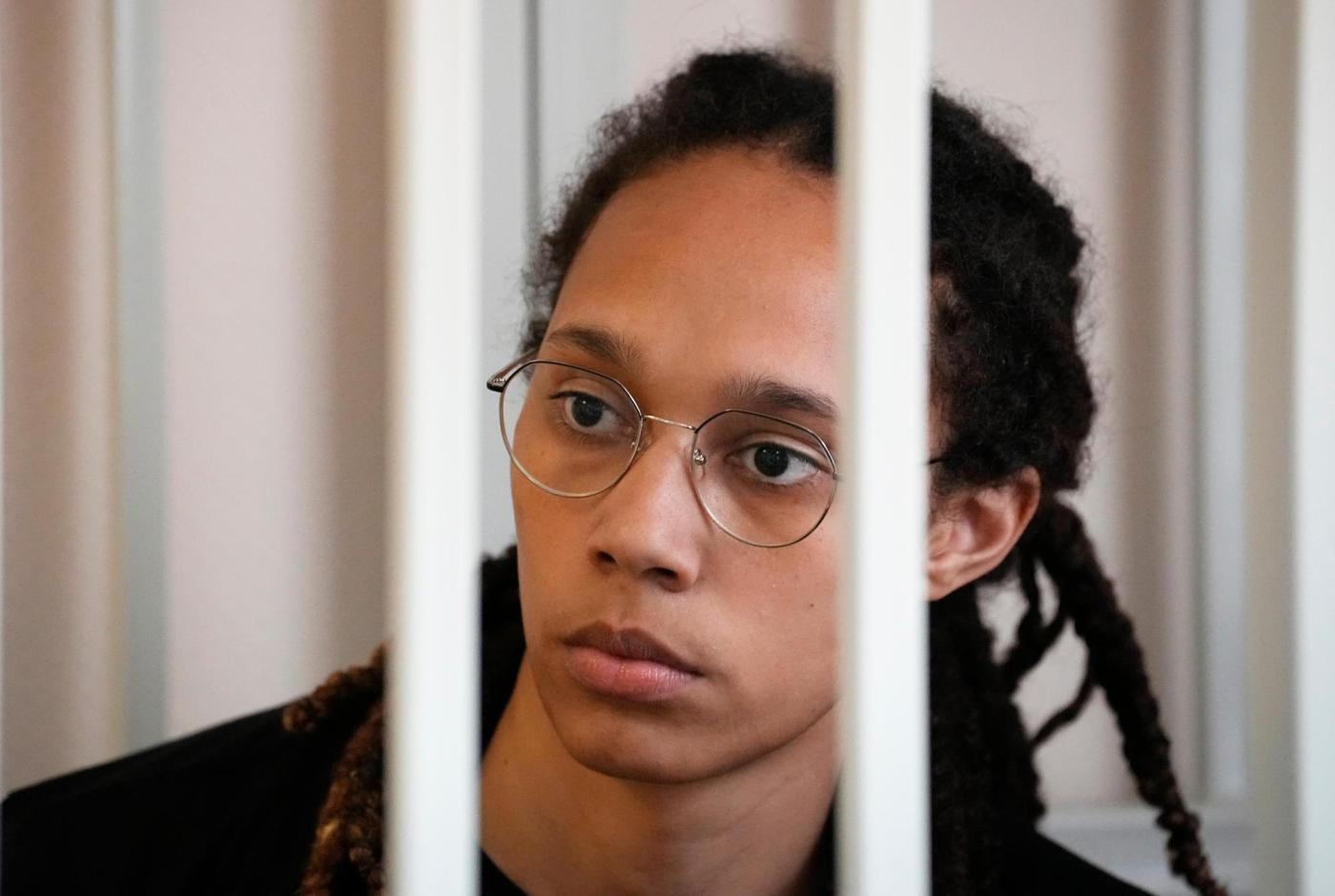 KHIMKI, Russia (AP) — American basketball star Brittney Griner testified at her drug possession trial in Russia that an interpreter translated only a fraction of what was being said while she was detained at Moscow’s airport in February and that officials told her to sign documents, but “no one explained any of it to me.”

In her first testimony in the trial under questioning from the prosecution, Griner also said that besides the poor translation at the airport, she received no explanation of her rights or access to a lawyer during the initial hours of her detention. She said she used a translation app on her phone to communicate with a customs officer.

Griner has been held since mid-February after police said they found vape cartridges containing cannabis oil in her luggage. She has pleaded guilty to the charges but says she had no criminal intent in bringing them into the country and packed in haste for her return to play in a Russian basketball league during the WNBA’s offseason.

At one point in her testimony, her tone turned emotional as she said she has always followed the rules and tried to never let down her team.

“My career is my whole life,” she said. “I dedicated everything — time, my body, time away from my family. I spent six months out of the year away from everybody, and with a huge time difference.”

Her arrest came at a time of heightened tensions between Moscow and Washington ahead of Russia sending troops into Ukraine later that month. The slow-moving trial and Griner’s five months of detention have raised strong criticism among teammates and supporters in the United States, which has formally declared her to be “wrongfully detained” — a designation sharply rejected by Russian officials.

Griner, 31, faces up to 10 years in prison if convicted. Trials in Russia proceed even after a guilty plea, and there has been speculation that her admission was a bid to move the legal process along in hopes of a possible prisoner swap.

At the start of Wednesday’s session, Griner’s lawyers asked that she be allowed to testify outside the cage that is standard for defendants in Russian courts, arguing it was too small for the 6-foot-9 (206-centimeter) athlete to testify while standing. The judge denied the request but allowed her to speak while seated.

During her testimony, the Phoenix Mercury standout and two-time Olympic gold medalist described making a grueling 13-hour flight to Moscow from Arizona while recovering from COVID-19. Griner said she still does not know how the cannabis oil ended up in her luggage but explained she had a doctor’s recommendation for using it to address chronic pain from her sports injuries.

“I still don’t understand to this day how they ended up in my bags,” Griner said, adding that she was aware of the Russian law outlawing cannabis oil and that she had not intended to break it.

“I didn’t have any intent to use or keep in my possession any substance that is prohibited in Russia,” Griner said, adding that she understood the charges against her.

“With them being accidentally in my bags, I take responsibility, but I did not intend to smuggle or plan to smuggle anything into Russia,” she said.

She recalled being pulled aside at Moscow’s Sheremetyevo Airport on Feb. 17 after inspectors found the cartridges.

Along with an interpreter who provided only a bare-bones translation, Griner said she received neither an explanation of her rights nor quick access to her lawyer, but instead was presented with some papers.

“There were documents that I had to sign,” she said. “I can only assume that they were about the search and the cartridges.”

A woman who presented herself as an interpreter only told her where to sign, but did not “explain the contents,” Griner said, and “I didn’t know exactly what I was signing.”.

She said her rights “were never read to me, no one explained any of it to me.”

At one point, she got on her phone “and I contacted my spouse, my sports agent and my club team’s translator” in Yekaterinburg, where she plays for a club in the Ural Mountains city.

“Nothing was ever explained to me thoroughly at all,” Griner said. “There was a lot of short words – ‘sign here’ – and at that point, I felt like being held against my will so that’s why I contacted my family and my agent and asked for legal representation.”

After several hours, she was finally allowed to hand over her personal belongings to a lawyer before being led away in handcuffs, Griner said. She said she received only a cursory translation of the charges against her during the investigation.

Griner described other instances of language confusion when an interpreter struggled to properly translate the accusations against her during a meeting with a detective.

“The translations weren’t very good,” Griner said. “I remember one time him receiving stacks of paper that he was supposed to translate to me, and he looked at them for a brief moment and (his) exact words were: ‘Basically you are guilty.’”

Griner’s lawyer, Maria Blagovolina, told reporters after Wednesday’s session that Griner “repeatedly underlined that she had no intention to bring the forbidden substances into Russia.”

The next trial session was set for Aug. 2. Griner’s trial began July 1 in the Moscow suburb of Khimki where the airport is located, and it is unclear how long it will last. The court has held five previous sessions that were short, and her detention has been authorized until Dec. 20.

On Tuesday, a Russian neuropsychologist testified about global use of medicinal cannabis, which is illegal in Russia. Griner’s defense team has submitted to the court a U.S. doctor’s letter recommending she use cannabis for pain.

Griner said Wednesday she used medicinal cannabis for relief from pain due to injuries sustained during her career, adding that it is widely used in the U.S. because it has fewer negative effects than some other painkillers

A Russian Foreign Ministry spokesperson said last week that the legalization of cannabis for medical and recreational use in parts of the U.S. had no bearing on what happens in Russia.

Elizabeth Rood, the U.S. Embassy’s charge d’affaires who has been attending the trial, said American officials “are going to continue to monitor the case of Ms. Griner very closely, as well as the case of all U.S. citizens detained or in prison in Russia.”

Some of Griner’s supporters contend she is being held in Russia as a pawn, possibly for a prisoner swap. U.S. soccer star Megan Rapinoe last week said: “She’s being held as a political prisoner, obviously.”

Russian media have speculated that Griner could be exchanged for prominent Russian arms trader Viktor Bout, who is imprisoned in the United States, and that Paul Whelan, an American imprisoned in Russia for espionage, may also figure in an exchange.

U.S. officials have not commented on the prospects for such a trade. Russian officials have said no exchange could be discussed until the conclusion of the legal proceedings against Griner.