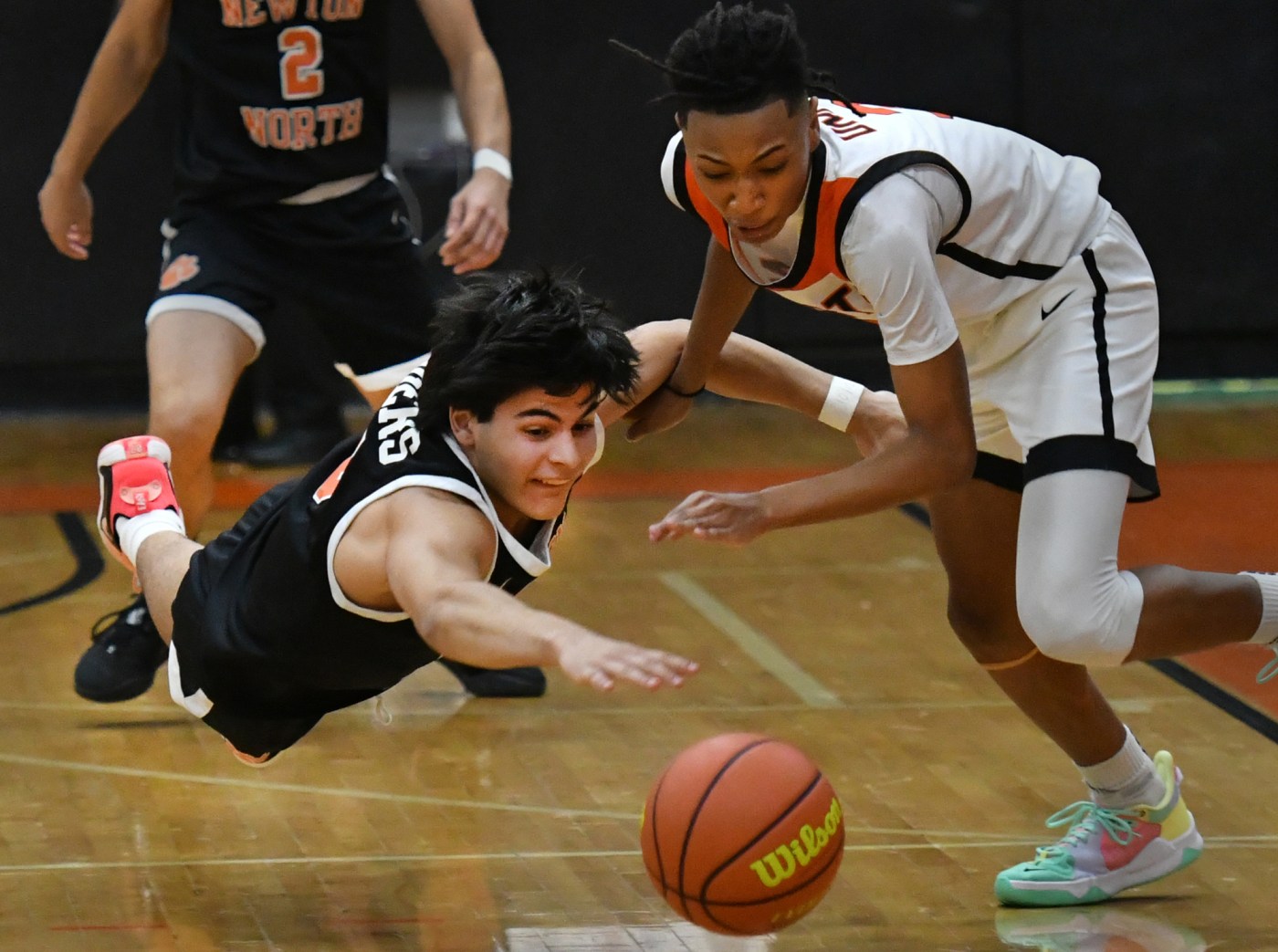 WORCESTER – As Newton North’s game-tying 3-point attempt touched all parts of the rim before spinning out with under 10 seconds to go Tuesday night, Worcester North head coach Al Pettway watched on without any sense of panic.

In an overly physical, intensively gritty battle of Div. 1 powers with postseason implications, the Polar Bears twice allowed the Tigers to claw back from seven-point deficits in the fourth quarter to nearly flip a narrow lead Worcester North controlled for most of the game. But even without one of their star players on the court, the Polar Bears (5-2) used suffocating and bruising defense – as well as a critical insurance layup from Joseph Okla – to somehow hold on for a signature 47-44 win.

Even if the Tigers (5-1) buried the neutralizer to keep its undefeated season alive, Pettway was sure his group would find a way.

“Both teams played hard defensively, it was a battle on both ends,” he said. “We just made some plays down the end. … They were a little bit more poised in the second half.”

The defensive tenacity of the matchup could’ve been likened to an amateur MMA event, with both teams fighting hard the whole way to score what proved to be rare points. Worcester North point guard Tahlan Pettway (15 points) did enough offensively to help build a slim lead, while the defense did enough to limit Newton North star Jose Padilla to three points and the whole Tigers squad to 19 points at the half. Throw in eight Polar Bears offensive rebounds and seven Newton North turnovers at the half, and it was extremely difficult for the visiting team to get much going.

When Amaren Minor hit a 3-pointer to start the fourth quarter for the Polar Bears to give it a 39-32 lead, it tied the largest lead of the game. But, despite the athleticism of Teshaun Steele (nine points) and Okla (eight points) on the inside, that lead was far too slim to ice the game by any measure.

Padilla sounded off for 14 points in the second half to keep the Tigers afloat, including a critical 3-pointer right after Minor’s to make it a four-point game again. Worcester North’s Khari Bryan nailed a triple in response to extend the lead back to seven, but Adam Lambert (14 points) continued his charged effort off the bench for Newton North by nailing consecutive shots from long range to cut the deficit to one point midway through the fourth quarter.

Turnovers plagued Newton North again with a couple of chances for go-ahead buckets in the ensuing minutes, but after Bryan hit a mid-range jumper for a three-point lead, Padilla struck again for a 3-pointer to tie the score at 44-44 with a minute left to play. Newton North coach Paul Connolly jumped and screamed for a timeout, but the officials missed it. Pettway followed with a trip to the line for one made free throw, and on a broken play shortly thereafter, Worcester North scooped a loose ball and tossed it to Okla down court for an easy layup.

The Tigers had a clean shot from the corner for the tie, but couldn’t convert.

“The comeback was great, it was 7-6 after the end of the first quarter,” Connolly said. “It was a rock fight. I knew that would be the way the game would come down. We made plays … we just didn’t execute or finish off a couple of plays we needed to that would’ve given us that separation. We were still playing uphill, but we found a way towards the end to crawl back.”