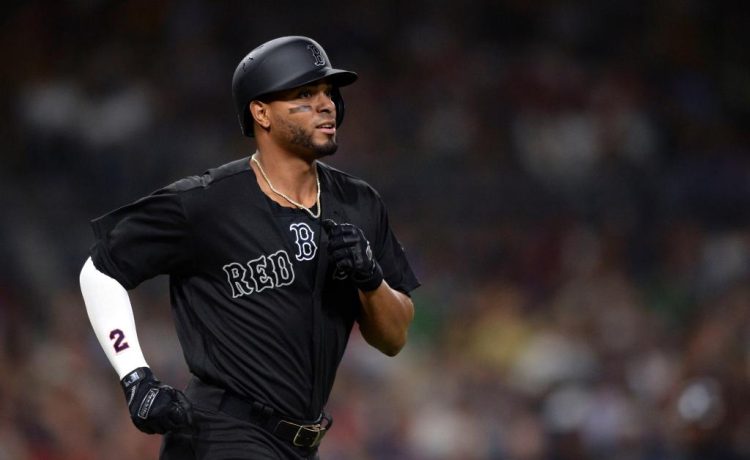 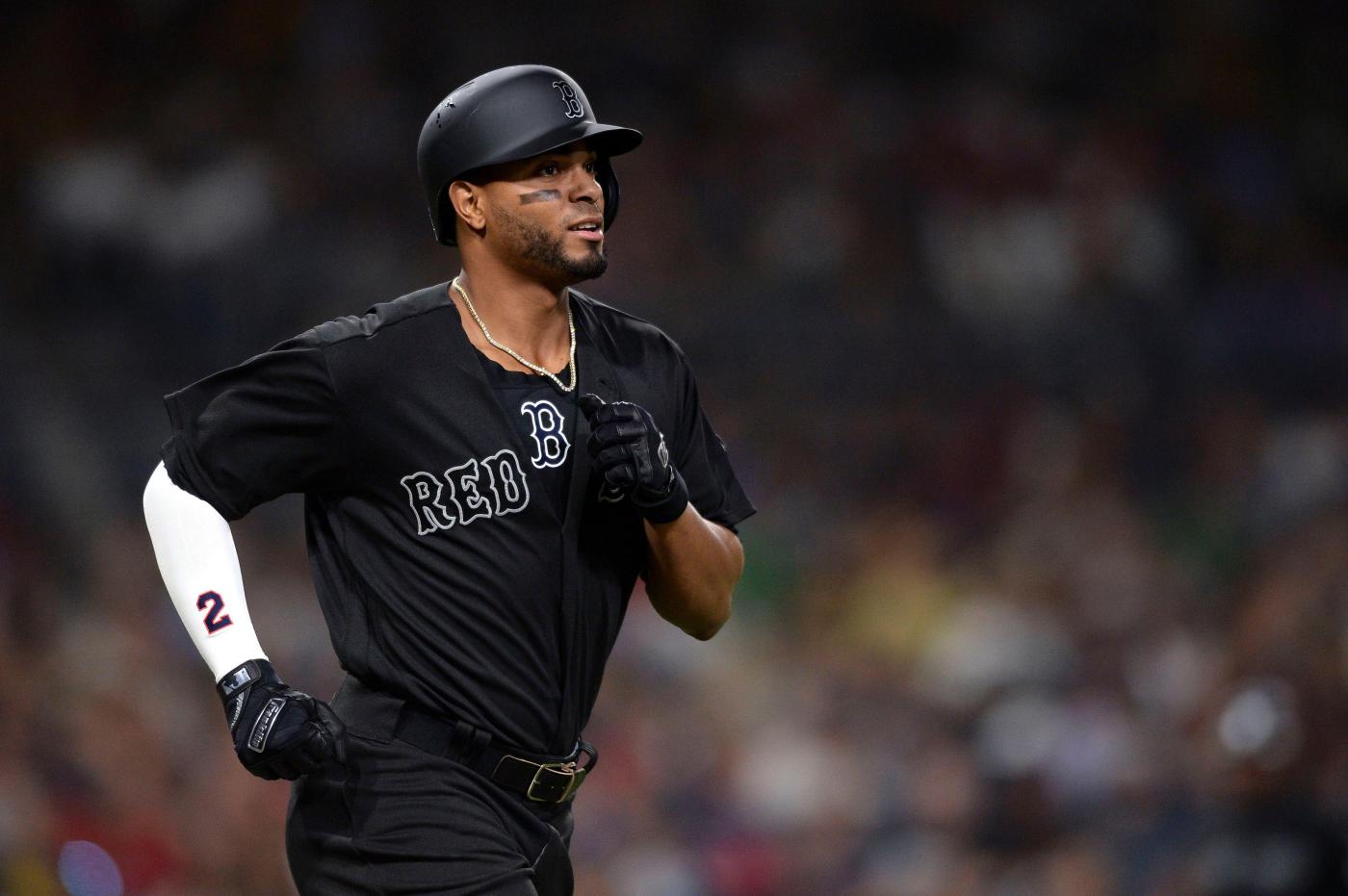 From 2007 to 2019, the San Diego Padres were one of the worst things you can be in professional sports.

They were terrible, yes, but arguably even worse than that, they were completely anonymous, a total afterthought in a league that already has a tendency to ignore its small market teams.

With their division foe Giants winning three World Series during those years, the Dodgers establishing themselves as the class of the National League, and even the Rockies and Diamondbacks combining for seven postseason appearances, the Padres limped to the third-worst record in Major League Baseball over those 13 seasons, sitting out the playoffs every single year.

In the span of four years and close to a billion dollars in guaranteed salary for three supremely gifted hitters — with another bank-busting payday potentially coming for Juan Soto — the Padres appear dead set on never being forgotten again.

With third baseman Manny Machado already playing on a $300 million deal, and suspended anti-hero Fernando Tatis Jr. signed to a $340 million contract, the Padres have shown no hesitancy whatsoever in trying to finance their way to a championship. San Diego has not tasted the Fall Classic since 1998. They will head into the 2023 season as one of the clear favorites to do so.

This is a Padre team that already has a ton of momentum. During the most recent postseason, they pulled two upsets over 100-win teams, taking down the Mets in three games at Citi Field before finally driving a stake through the Dodgers’ heart, beating them in the NLDS and accomplishing something the organization had not been shy about expressing their desire for.

“All the highs and lows I’ve been through here in San Diego, this makes it all worth it,” longtime Padre Wil Myers told the San Diego Union-Tribune after his team knocked off the Dodgers. “All the games I’ve ever lost to that team up there, I don’t care about them anymore. This is the only one that matters to me.”

Myers is now a free agent and doesn’t seem to have a clear place on the Padres’ star-studded roster anymore. His departure, paired with the influx of Bogaerts, officially kicks off the new era that the Padres have been building toward since Machado came aboard in 2019.

That should send a chill down the rest of the league’s spine. The Padres are not going anywhere, and for the teams that continue maddeningly abstaining from big contracts and free agent spending, San Diego is now poised to bury them in the standings.

The Bogaerts news carries weight in New York as well, where both of the city’s teams will be impacted by the 30-year-old switching teams. For the Mets, the reality of the situation is that the boys who smacked them in the playoffs just got significantly better.

Once Tatis comes back — he has 32 games remaining on his 80-game PED suspension — the Friars will have a middle-of-the-order that’s better than the Dodgers’, an unspeakable thought for most people that have followed the two franchises over the last decade. While the Mets did well to wrangle Justin Verlander, they have not done anything yet to improve their offense, which was their downfall in the wild card tussle with the Padres.

Bogaerts coming to the NL should only intensify the Mets’ courtship of Brandon Nimmo, a key part of their 2022 lineup who also led the team in hits during their abbreviated postseason run. The message being sent right now is that if other teams want to step to the Padres, they’re probably going to have to do things the Padre way.

While Moneyball is a proven regular season strategy, it famously fell short for those early-2000s A’s against the powerful Yankees, who certainly did not lack well-paid players. Beating this Padre club, who still have Yu Darvish, Blake Snell and Mets’ grave digger Joe Musgrove atop their pitching rotation, will take some horses.

At this moment, the Mets, Dodgers, Braves and Phillies are the only NL teams with a stable that can compete with San Diego’s. But in looking at the Padres’ roster construction — Bogaerts, Machado, Tatis, Soto, Musgrove and Snell, as well as All-Stars Jake Cronenworth and Josh Hader, are all 30 years old or younger — the Mets need to strike now. The Amazin’s have a, well, amazing collection of skills as well. But they are old.

The top three starting pitchers on their current staff (Verlander, Max Scherzer and Carlos Carrasco) are all 35 or older. Starling Marte will turn 35 during next year’s playoffs. Jose Quintana and Brooks Raley, the left-handed pitchers who right now stand as the Mets’ biggest non-Verlander external additions, are also nearing 35.

That is not necessarily a bad thing, it just means that the Mets have to do this soon. San Diego has set itself up to be one of the game’s most undeniable forces well into the final years of the 2020s. The Mets are relying, big time, on a few players who could be well into retirement and potentially already in the Hall of Fame by that point.

For the Yankees, this is one less thing to worry about in the AL East, as the Red Sox voluntarily enter a purgatory state. Bogaerts, who spent the first 10 years of his splendid career playing for their arch-enemy and winning two World Series rings, was in many ways the Red Sox’s heartbeat.

Bogaerts helped Boston withstand the dumbfounding Mookie Betts trade, and while his regular season numbers against the Bombers don’t jump off the page (.727 OPS in 151 games), he went 6-for-19 (.315) against them in the playoffs, including a home run in the 2021 wild card game that immediately spelled doom for Gerrit Cole and the Yankees.

Boston finished last season in the AL East basement, and by letting Bogaerts walk, we can cross them off the list of playoff hopefuls for next season. Baltimore may finally be arriving, but the Red Sox losing one of the franchise’s best players of the 21st century — and reportedly, not even coming close to giving Bogaerts a satisfactory offer — is a nice early holiday gift for the Yankees.

The 2023 season is shaping up to be a bloodbath, with the National League in particular containing several heavy hitters. Granted, the super team approach doesn’t always work. These same Padres, you may remember, went all in by adding Justin Upton, Matt Kemp, Craig Kimbrel, James Shields and Derek Norris for 2015, general manager A.J. Preller’s first full season on the job. That team went 74-88 and did not employ any of those players for much longer.

This version of the Padres is different, though. It’s a team unafraid to win now, but also constructed with an eye toward the future. If the rest of the league’s owners don’t adjust their thinking to be more like San Diego, they may also have to adjust to seeing a few banners hanging at Petco Park.

At least those rival executives will have all that financial flexibility to work with.