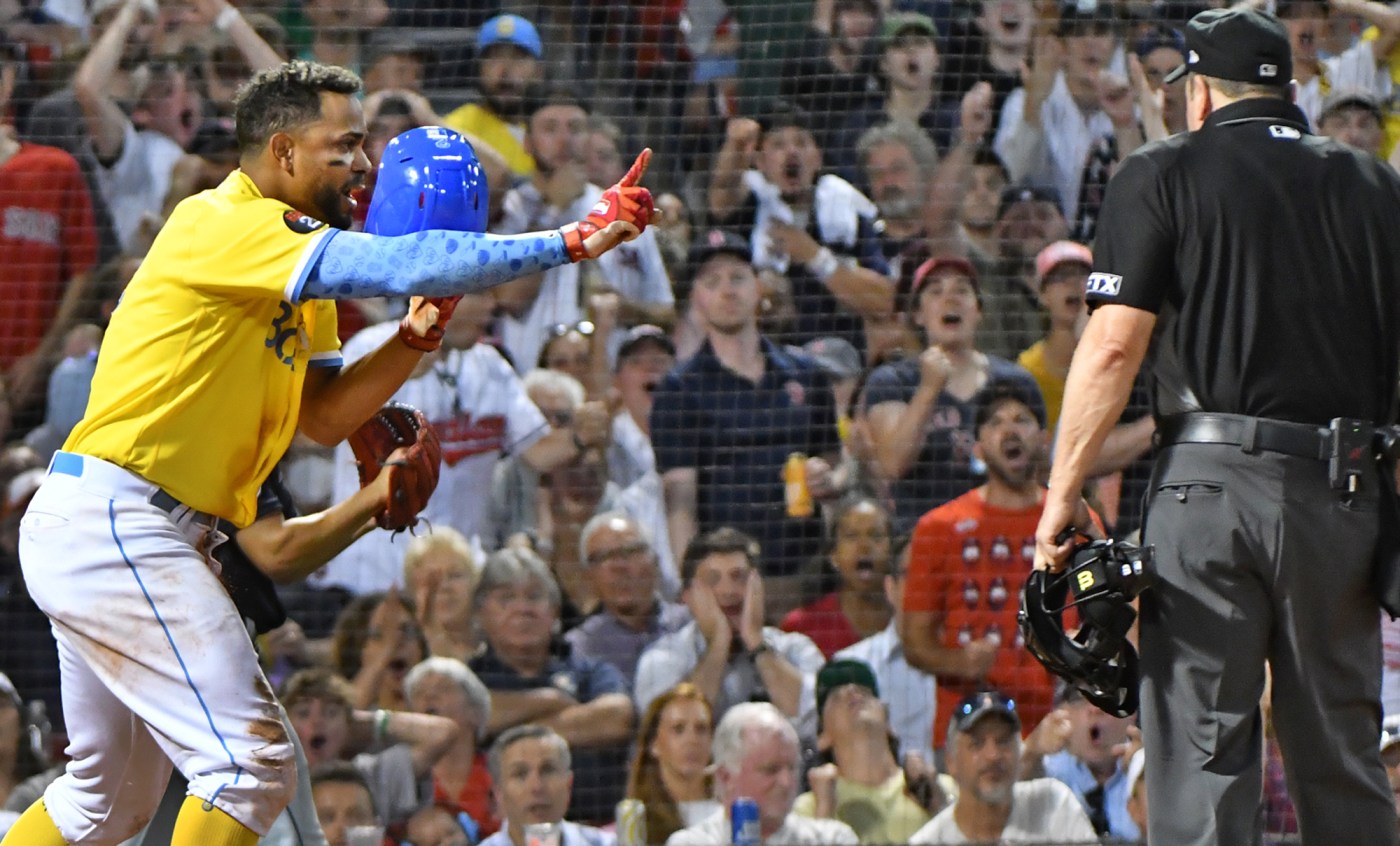 With a week to go before the trade deadline and the Red Sox on the cusp of the playoff picture, these final games in July should be a good opportunity for the front office to learn something about the roster.

But these Red Sox don’t have much to reveal, nor did they, in a deflating 8-3 loss to the Cleveland Guardians on Tuesday night.

The loss pushed the Sox back to .500 (49-49) and, paired with another win from the upstart Orioles, sent the Sox to the basement of the American League East for the first time since May 15. They’re now 3-1/2 games back in the Wild Card race.

With half the team on the injured list, the Sox’ nightly lineups continue to resemble those used in Fort Myers during Grapefruit League action.

The Sox called up Jaylin Davis and Yolmer Sanchez from Triple-A Worcester over the weekend and started Davis in center field and Sanchez at second base on Tuesday. Rob Refsnyder was playing right field.

These are the best options the Sox have right now.

Rookie starting pitcher Josh Winckowski returned from a bout with COVID-19 and looked rusty, if not fatigued, as he slung low-90s fastballs into the backs and bats of Guardians hitters. He recorded only nine outs and gave up five runs, including three on a massive blast by Nolan Jones that put Cleveland up 5-0 in the third inning.

It was a less-than-fitting way to celebrate David Ortiz’s Hall of Fame induction at Fenway Park, where legends of the past joined Ortiz for a special pre-game ceremony.

In a short speech to the crowd, Ortiz proclaimed that he was the Sox’ good luck charm.

They’ll need more than luck to get back into the playoff race. They’ll need action, and they needed it yesterday, particularly at first base and corner outfield, where they rank in the bottom of the league in offensive production.

Bobby Dalbec was 0-for-4 to lower his average to .200, right at the Mendoza Line.

Only in the third inning did the Red Sox offense show signs of life.

Davis hit a leadoff double and Refsnyder was hit by a pitch. Two batters later, Xander Bogaerts drove in a run with an RBI single. J.D. Martinez was hit by a pitch to load the bases and Christian Vazquez singled to left to score one more.

With bases loaded and only one out, it was the Sox’ chance to capitalize. Instead, backup catcher Kevin Plawecki, hitting sixth in this depleted lineup, flew out to right field and Bogaerts was doubled up trying to tag from third.

Bogaerts, who is not considered a trade candidate before the deadline, according to team officials who spoke publicly on Tuesday, tried scoring with a head-first slide and appeared to sneak under the tag, but the umpiring crew confirmed the out call with replay review and the Sox’ threat was over.

It was hard to blame Bogaerts for trying to make something happen with his legs. Had he stayed on third, the next batter was Yolmer Sanchez, who has spent most of the year in the minors and has a career .660 OPS.

Sanchez then made an ill-advised behind-the-back throw to attempt a double-play turn and cost the Sox two runs in the fourth inning.

Fenway Park was half-empty when it came time to sing “Sweet Caroline” in the eighth. Bogaerts led off the bottom of the inning with a double off the Green Monster and scored on a double by Kevin Plawecki.

Bogaerts had three hits; the other eight Red Sox hitters combined for four.

That was all from the Red Sox in this one, another monotone loss for a team that has appeared lifeless on most nights in July, when they’ve gone 6-16 with an MLB-worst 6.69 ERA and an MLB-worst 20 errors while scoring just 3.7 runs per game.