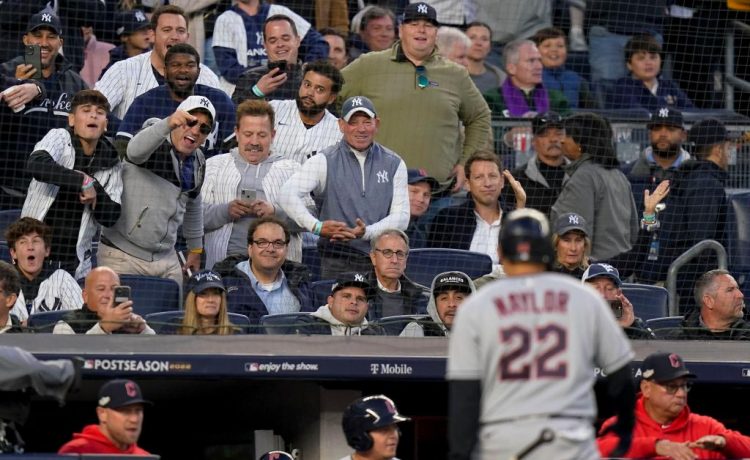 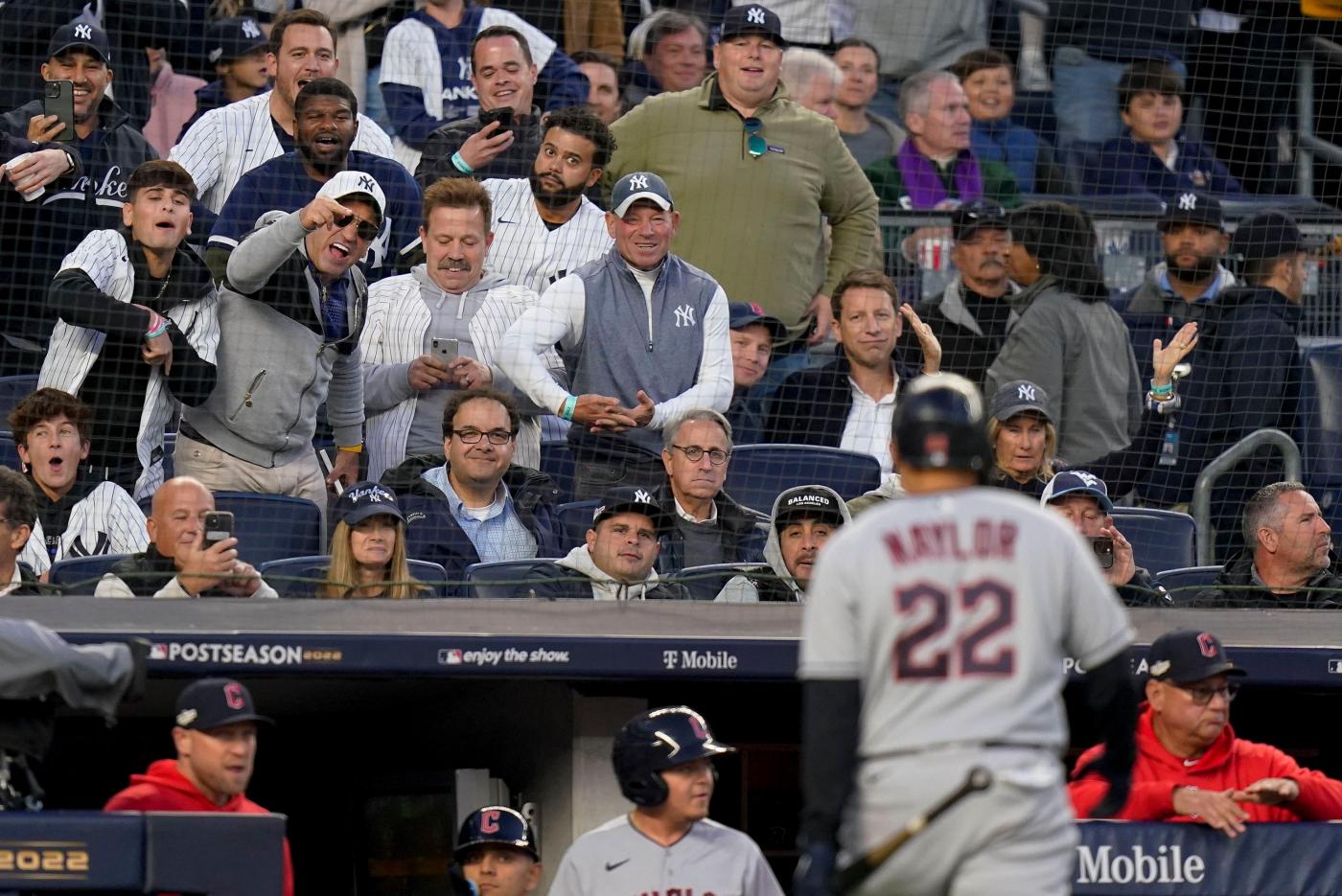 A sellout crowd at Yankee Stadium wanted Josh Naylor to know that while Gerrit Cole might be his son, they’re the Cleveland Guardian DH’s daddy.

Naylor’s home run celebration in Game 4 of the ALDS garnered attention for being somewhat strange and somewhat original, in a strange way. After hitting a solo home run off of Cole, Naylor rounded the bases while pretending to rock a baby and calling the Yankees ace his “son.”

The celebration backfired when Cleveland lost and had to go back to New York for a decisive Game 5. By the time Naylor made it to the plate in the second inning for his first at-bat of the night, Yankee fans were eager to let him hear it.

Naylor flew out to right field in his first at-bat against Nestor Cortes, and the chants began as soon as Aaron Judge gloved the ball. They began again when he grounded out to the shortstop in the third inning. In the sixth, the fans booed him as he walked to the plate, but they started back up when he lined out to left.

“Yeah, whatever. It’s cute,” Cole said Sunday night at Progressive Field. “It wouldn’t have bothered me in the moment and it just is kind of funny.”

Naylor might be the current subject of the Bronx’s ire but this particular chant was a tradition across the street back when the team was still playing at the old stadium. Yankee fans chanted the same thing at former Boston Red Sox pitcher Pedro Martinez in the 2004 ALCS. Of course, the Red Sox ended up winning the series and eventually went on to win the World Series as well, snapping their 86-year drought.

Maybe Yankee fans will have better luck with it this year.

Naylor went 4-for-4 on Tuesday night as the Yankees won 5-1 to advance to the ALCS.