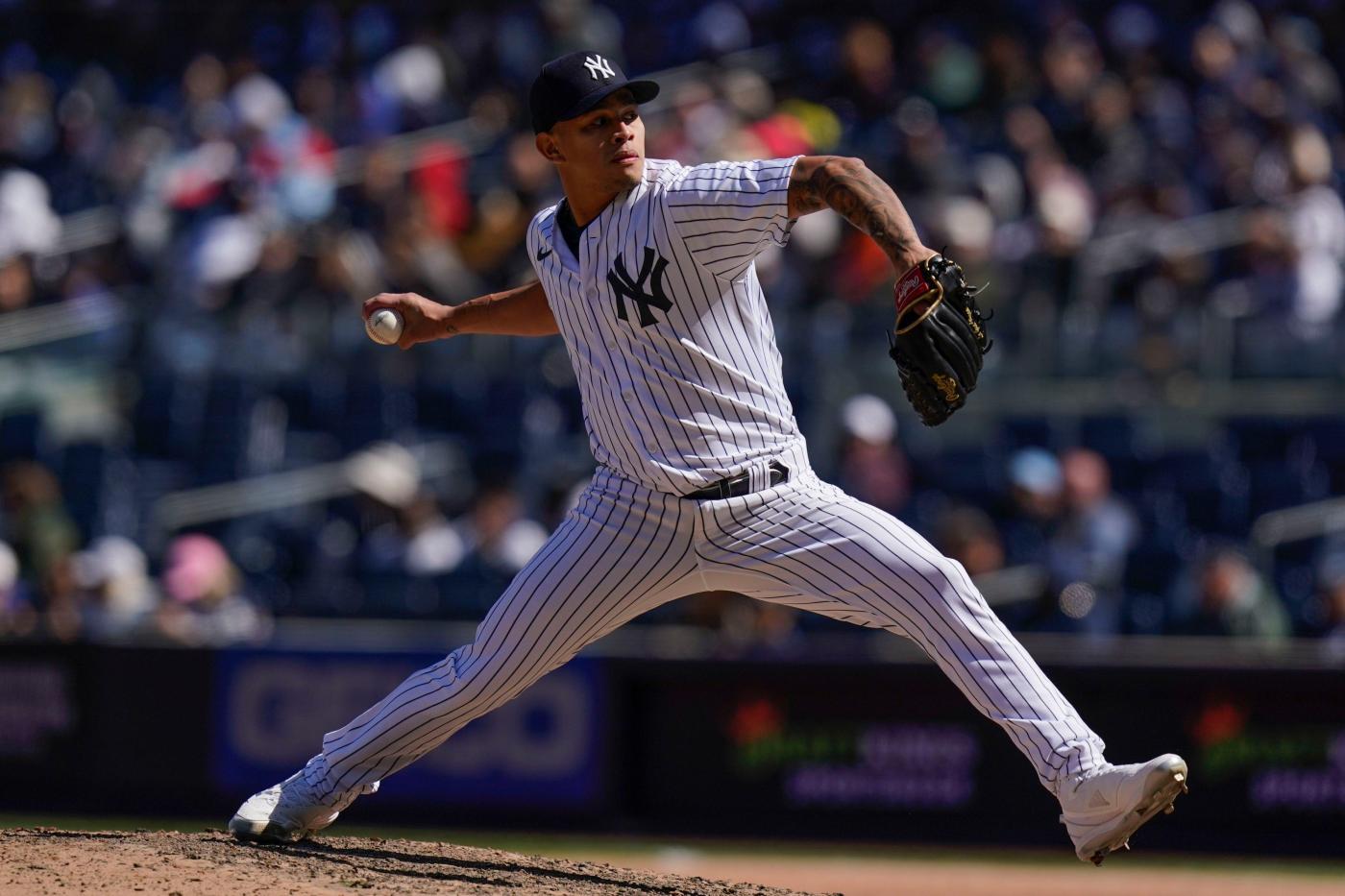 Jonathan Loaisiga was back Thursday night, just when the Yankees needed a boost in the bullpen. The right-hander had been on the injured list for six weeks with right shoulder inflammation and was activated right before Thursday night’s series finale against the Reds at the Stadium.

“I think Lo’s a stud. And that’s my expectation of what he’s gonna be,” Yankees manager Aaron Boone said. “He’s gonna, I think, to be a critical part of our bullpen.”

Before he got hurt, however, Loaisiga wasn’t that sharp. His last appearance before going on the IL, Loaisiga gave up four earned runs and recorded just two outs. He returns with a 1-2 record, a blown save and an ugly bruise of a 7.02 ERA over 18 appearances.

The Yankees did not think that his struggles were related to the shoulder issue. They spent some extra time while he was coming back from the issue working on his mechanics.

They expect to see more of the 2021 Loaisiga when he gets back in a game this time.

“Obviously, last year put together one of the best years of any reliever in the game and that’s who we think he is,” Boone said. “And that’s what I’m looking forward to getting back and that’s where I think he’s at physically and that’s my expectation.”

After Luis Severino left Wednesday night’s game with shoulder tightness, the Yankees bullpen was taxed going into Thursday. The Bombers optioned JP Sears, who picked up the bulk of the work Wednesday, after the game and Loaisiga took his spot on the roster. Severino went on the IL before the game as well and the Yankees added Ryan Weber to the roster to give them more coverage in the bullpen.

That meant Boone was eager to see Loaisiga in there Thursday.

“I want to get him in. So we’ll find spots. We’ll obviously have a couple guys down tonight probably,  so he might find himself in at the most critical time of the game,” Boone said. “We’ll see.”

Aaron Hicks, who was sidelined after hitting a foul ball off his right shin on Tuesday night, said the leg is feeling better and he was able to hit on the field during batting practice. The Yankees hope he will be back in the lineup this weekend for the Red Sox series.

“I didn’t feel it at all (in the batters box),” Hicks said after hitting, “but I haven’t tried to run on it at all yet. We’ll see.”