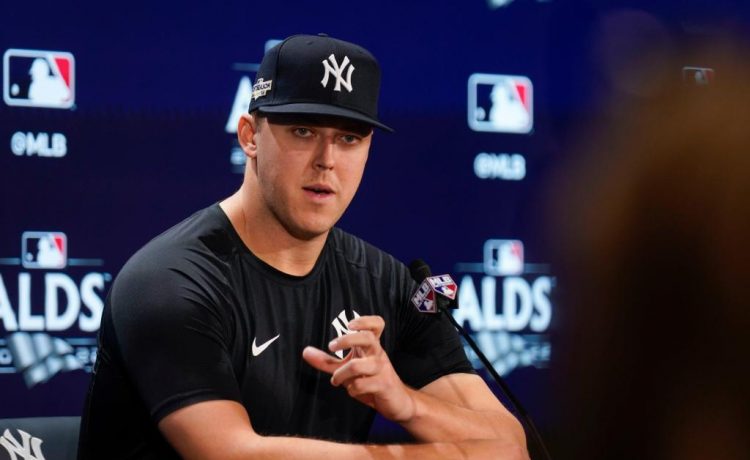 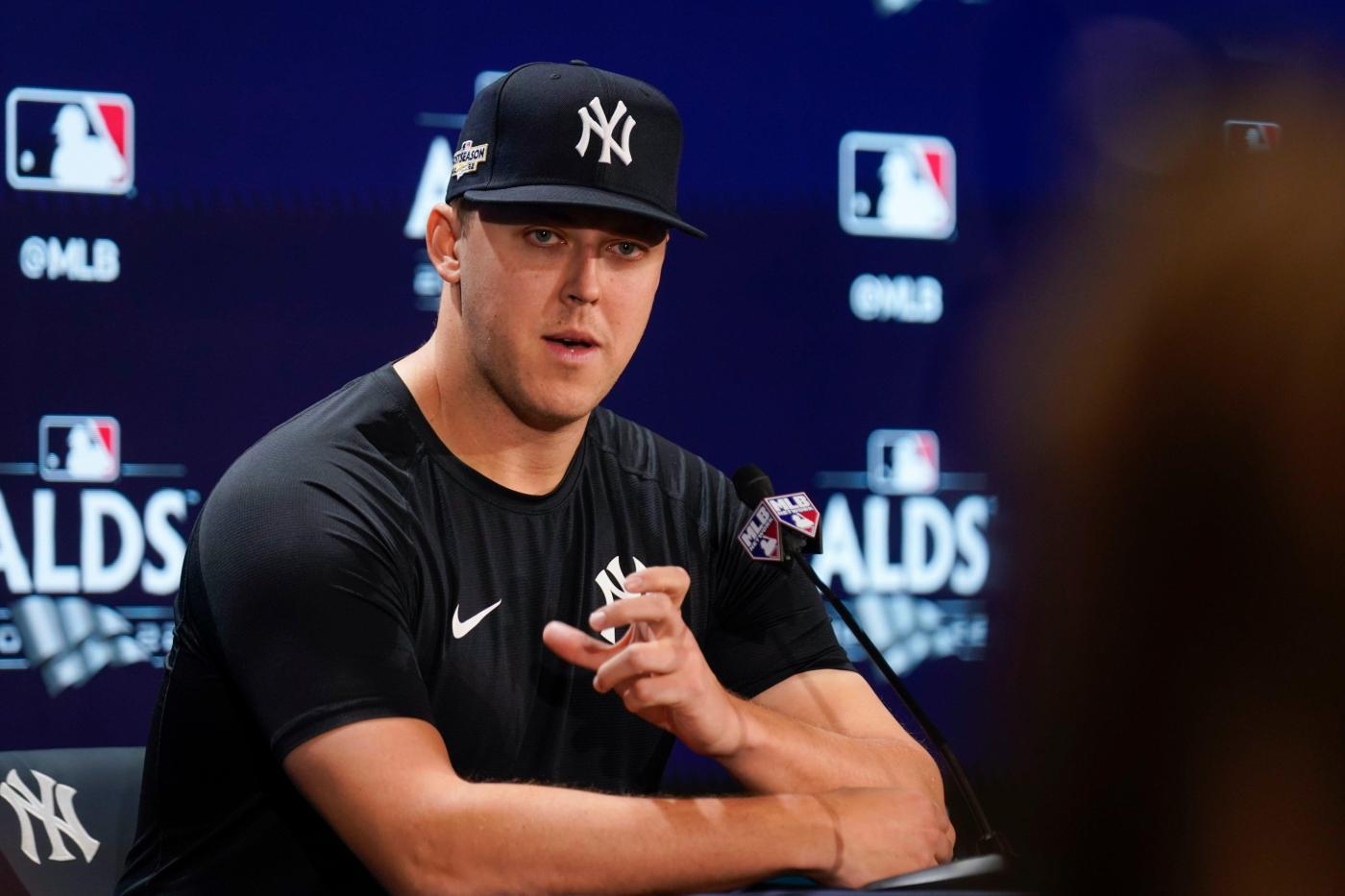 Prior to the scheduled Game 5 of the ALDS on Monday night, Jameson Taillon’s last start was so long ago that Aroldis Chapman was still on the Yankees’ roster. In fact, Chapman was the winning pitcher in that game, which the Yankees won in Texas on Oct. 4.

But with drizzly weather moving the game back to Tuesday, all signs indicate that Nestor Cortes will start instead. In a truly bizarre and frankly ridiculous move, this was announced by Guardians’ manager Terry Francona, as Yankees’ manager Aaron Boone was nowhere to be found after the postponement was announced. The Yankees’ public relations team later confirmed this, which could have all been easily handled with a two minute press conference. For the cherry on top, roughly 20 minutes after everyone was told to go home, the rain came to a complete stop.

Cleveland is listing their Tuesday starter as “TBD” with the expectation that Aaron Civale, who was scheduled to open things on Monday, will also be their first pitcher on Tuesday. The rainout does leave the door open for Guardians’ ace Shane Bieber to pitch in some capacity, though he’ll be on three days rest just like Cortes. In Friday’s Game 2, Cortes logged five innings on 92 pitches while Bieber went 5.2 on 101 pitches. Neither pitcher can or should be realistically expected to throw more than 40-50 pitches on Tuesday at the absolute maximum.

When Taillon originally got the nod for Game 5, it was with the expectation that he’d ideally go twice through the order. The Yankees would have also taken one clean trip through the order without allowing a run, as both Cortes and Domingo German could have followed him in some capacity. Lou Trivino and Jonathan Loaisiga both rested in Game 4, and Wandy Peralta apparently will pitch until his arm is dangling. All three of those bullpen arms now have an extra day to mend, as does Clay Holmes, who the team wanted to avoid using in back-to-back situations.

In the Cleveland bullpen, basically everybody is available on Tuesday. The team only used low-leverage guys on Sunday at Progressive Field, leaving Emmanuel Clase, James Karinchak and Trevor Stephan for a Game 5. Now that they’ve had an extra day to charge up for that Game 5, all three will assuredly factor into Francona’s game plan. Boone can still use Taillon on Tuesday if needed, but with Cortes slated to take the bulk of the outs, German is a more natural follow, as he has past experience pitching in relief.

Asked specifically about German, who has been dormant since the regular season, Boone hinted during his Monday pregame availability that he could be in line to start Game 1 of the ALCS.

“Next series, extra innings,” Boone said of potential German usage. “The right spot may pop up, where you’ve used a lot of guys. He’s almost been the guy a couple times. He was up for [Luis Severino] potentially early the other day.”

Looking ahead even more, Boone noted that injured reliever Ron Marinaccio would be “in play” should the team advance to the next round, saying that “there would be a conversation” about it. Marinaccio (stress reaction in his shin) and Frankie Montas (shoulder inflammation) have both faced live hitters in recent days. Prior to him being left off the ALDS roster, Boone said that Montas could be used in some sort of altered role during the postseason, but is not being considered as a traditional starter.

Before the rain officially postponed things to Tuesday, Isiah Kiner-Falefa was held out of the starting lineup on Monday for the second consecutive day. Oswaldo Cabrera was set to make the start at shortstop again. Kiner-Falefa’s defensive blunders contributed heavily to the Yankees’ loss in Game 3, and the fact that the Yankees have trusted the rookie utilityman Cabrera at the infield’s most important position says a lot about Kiner-Falefa’s current standing.

Prior to the postponement, Boone spoke about his decision to leave IKF out of the initial lineup.

“He’ll get back in there,” Boone assured, sending a chill down several fan’s spines. “I mean, he’s not in there [Monday]. So there’s nothing I’m gonna see [in Game 5]. I love his makeup and his toughness, and he’s a great teammate. He’ll be ready to go and ready for the opportunity.”

The Yankees’ roster will surely look a lot different if they see the ALCS. In addition to the potential bullpen reinforcements, Andrew Benintendi (wrist inflammation) and DJ LeMahieu (foot fracture) could get some play as well. Boone was obviously non-committal, but some elementary reading of body language and tone makes both players still seem like long shots.

“I don’t know about Benny yet. We’ll see. He had a shot in his wrist the other day. He was letting that calm down. He was getting some residual pain and stuff. He’s hit off velo.”

As for LeMahieu, the skipper said, “We’ll see. We’ll get through tonight and have those conversations. He’s doing all right.”

Much has been made of Major League Baseball’s new playoff format. Three 100-win teams have already lost, and the 106-win Astros’ win over the Mariners was certainly not without drama. Boone was questioned about the format, which gave his team a bye, but also matched them up with a Cleveland team that had a series to get hot.

“Well, I think by definition, just adding more teams to the mix makes it more difficult of a road,” Boone said. “Especially in baseball, you know, probably a little bit more so than other sports, any team can win on a given day.”

As for the bye, which went to the top two seeds in each league, Boone said he liked that his team was rewarded for being in that upper echelon.

“That said, with this new format, I like the fact that it’s tried to put a premium on the teams that really excelled over the course of 162. Tried to at least create a little advantage there. But you know, our job is to get ready to try and win a ballgame tonight and win a series, and that’s where our focus is and not what it means. How you got here to this point doesn’t really matter.”