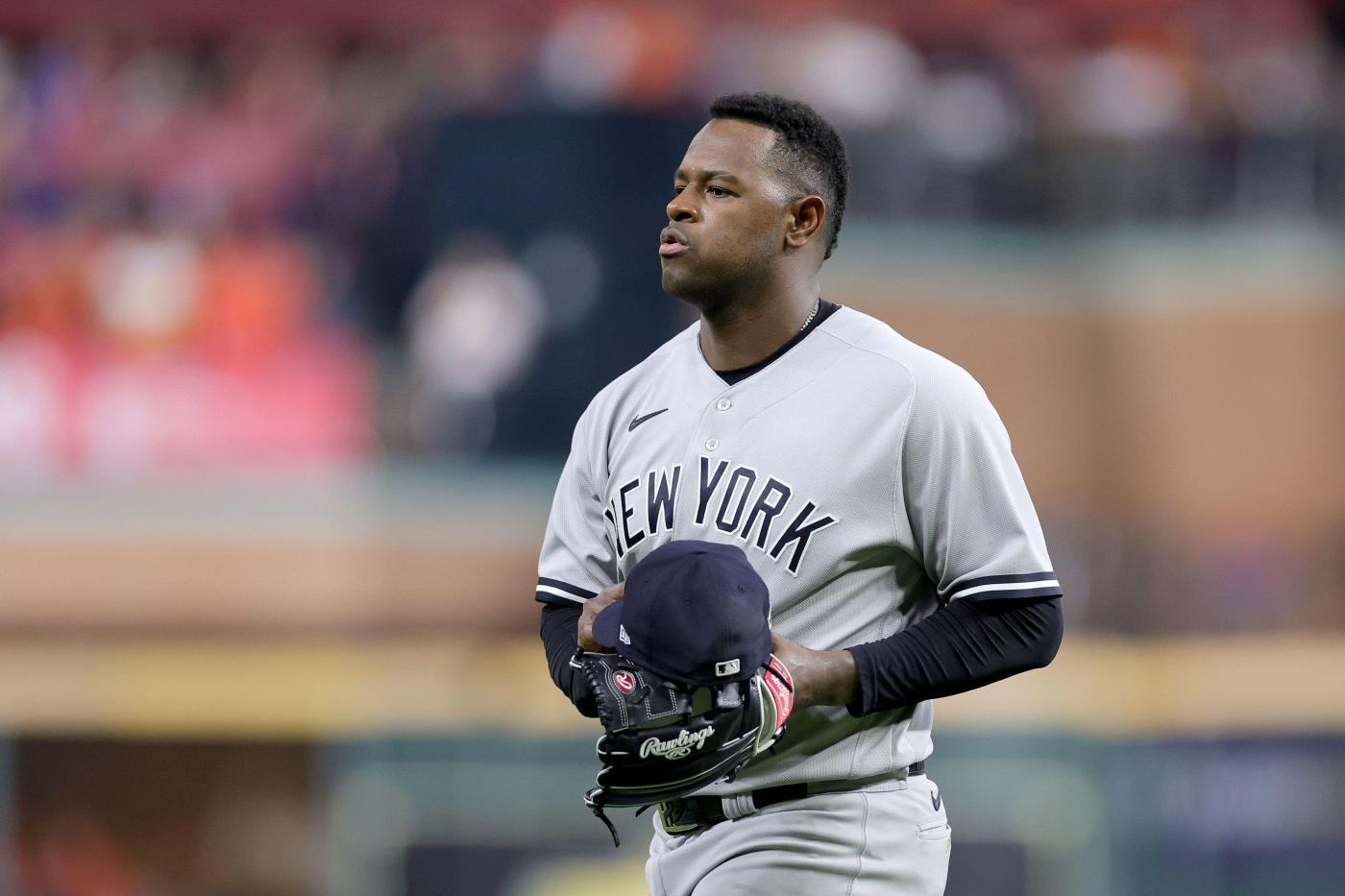 It’s not the big fish everyone is waiting for them to spear, but the Yankees made a move on Monday to retain a major piece of their core.

The club exercised its option on right-handed pitcher Luis Severino, bringing him back for the 2023 season for $15 million. Severino is now set to become an unrestricted free agent after the 2023 season, which is the last year of the extension he signed prior to the 2019 campaign.

“He’s an impactful pitcher,” Brian Cashman said on Friday when asked if he planned to pick up the option. “So the answer to that would be an easy yes.”

The move ensures that the Yankees will head into next year with their three-headed pitching monster still intact. Combined with Gerrit Cole and Nestor Cortes, Severino gives the Yankees one of the best top-of-the-rotation trios in the American League. The only concern surrounding Severino, who has pitched in seven big-league seasons but is still just 28 years old, is health. His highly valuable right arm has been beset by rotator cuff inflammation, lat strains and a torn UCL and bone chip that were repaired with Tommy John surgery.

That operation kept him out of the 2020 season and most of the 2021 season, and he only threw 12 regular season innings in 2019. This season was the first in four years that Severino was at full strength, and it started very well until injury knocked at the door again. Severino made 16 starts from the beginning of the season until the All-Star break, with a few extra rest days mixed in. He posted a 3.45 ERA and 95 strikeouts in 86 innings, but in his final start before the break, he left early with shoulder tightness.

Many feared the worst when that was diagnosed as another lat strain, and Severino himself was upset that the club put him on the 60-day injured list, but caution proved to be the right move. In his final three regular season outings after coming back from the injury, Severino allowed just five hits and struck out 17 batters in 16 frames. Opponents hit .100 off him in those three starts and failed to get a ball over the outfield wall. He looked capable of making history against the Rangers but was removed after seven no-hit innings and 94 pitches. He was solid if not spectacular in the playoffs, going at least five innings in both of his starts while allowing three earned runs and fanning six in each one.

In both of those games though (Game 3 against the Guardians and Game 2 against the Astros), the Yankees wound up losing. Severino, like the rest of his teammates, now has a longer offseason than he would have liked to stew over the loss to Houston. Severino owns a 5.15 career postseason ERA across 11 games, going all the way back to the 2017 Wild Card game when he recorded one out and gave up two long balls to the Minnesota Twins. The failure to stay consistently healthy, paired with his October struggles, have kept Severino from becoming the true ace that he looked primed to be. But if he’s your third starter, your pitching staff is in good shape, and that’s the reality for the Yankees as they gear up for next spring.

Severino is the longest-tenured player on the team, and if Aaron Judge says goodbye, he’ll have that distinction by several years. Severino made his debut nearly two and a half years before Aaron Boone took over the managerial duties. He pitched two games in the hard-fought 2017 ALCS, which is the deepest the Yankees have been in the postseason since winning it all in 2009. Now that Judge, Chad Green and Aroldis Chapman are officially free agents, Severino and Aaron Hicks are the only players under contract for the Yankees who appeared in that series.

When that 2017 ALCS ended after seven memorable games, the Yankees looked poised to get over the hump thanks in large part because of Severino. At the time, it was hard to envision the young nucleus of Severino, Judge and Gary Sanchez being held down for long, especially with Gleyber Torres arriving on the scene the very next season. Aroldis Chapman was still at the top of his game, Dellin Betances was one of the best setup men in the league and still shy of his 30th birthday, and that offseason they traded for Giancarlo Stanton. Hicks and Didi Gregorius looked like deft pickups by the front office as well, Masahiro Tanaka still had a lot left in the tank, and Greg Bird had just slugged .512 during the postseason run.

Six years later, the Yankees still have not tasted the World Series, and many of those players that inspired so much confidence are no longer part of the picture. It’s very possible that Severino will be the lone bridge from that era of promise to this new one of uncertainty. The good news for the Yankees is that despite the injuries and aging’s natural effects, Severino hasn’t lost a ton of the velocity that made him such a sparkling prospect.

In 2017, when he finished third in the Cy Young voting as a 23-year-old, Severino’s heater averaged 97.5 miles per hour. In 2022, it was at 96.3, a drop for sure, but still good enough to keep him in the 80th percentile of fastball velocity. His secondary pitches have made tangible improvements as well, particularly the changeup that he trusts a lot more than he did as a young bullheaded pitcher. Bringing Severino back significantly raises the Yankees’ floor, but their ceiling is still yet to be determined.

If this ends up being the biggest get of the winter — which wouldn’t be saying much, given that picking up the option was basically a formality, evidenced by how early into the offseason it happened — the Yankees are in serious trouble.

The offense needs a lot of attention, and while locking up a two-time All-Star pitcher for at least one more year will help win games, you can’t win them all by 2-1 or 3-2 scores.