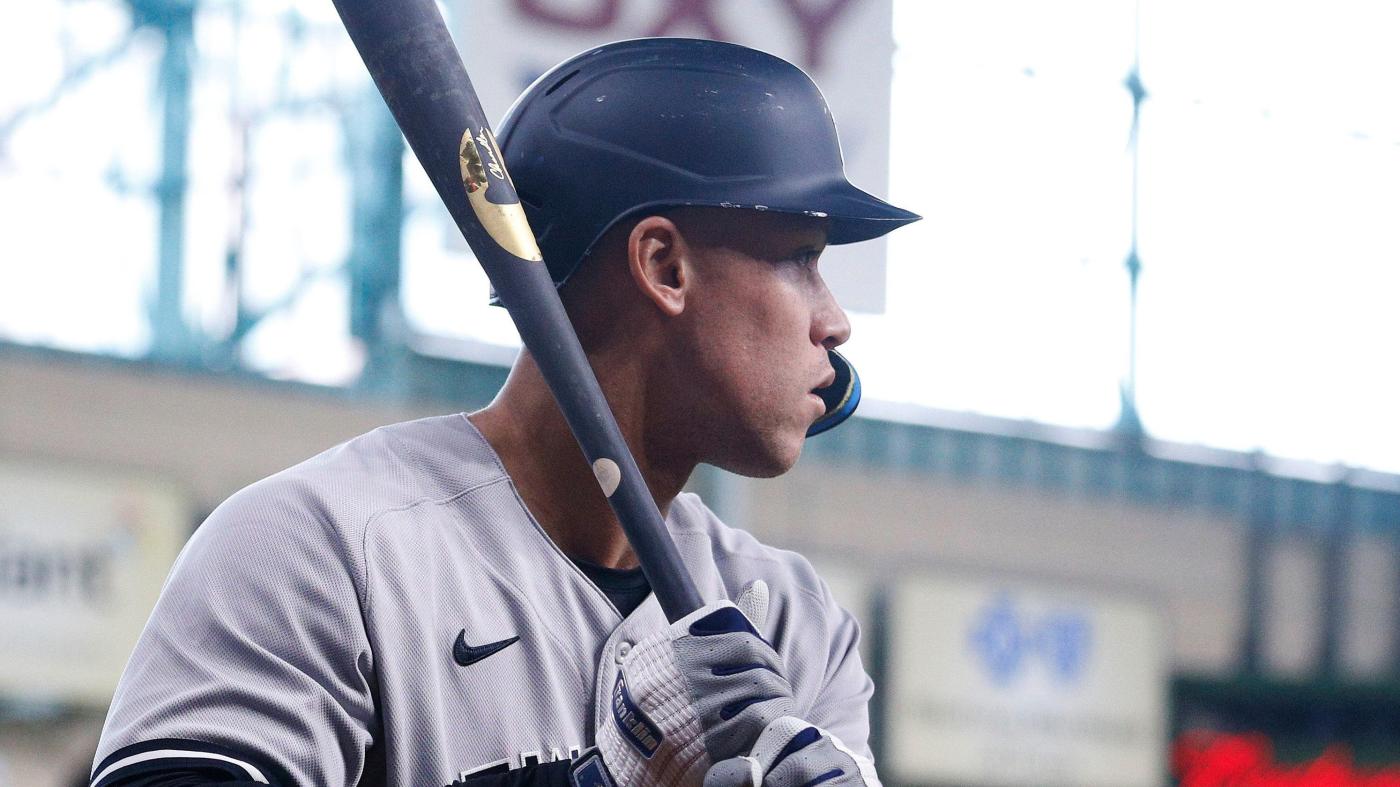 There was really no other way for this to play out.

After being run ragged by the Cleveland Guardians in a five-game series that took two days longer than anyone would have liked, the Yankees finally get another swing at Goliath. It’s not often that the hegemonic franchise in the Bronx plays the role of David, but that’s exactly who the Yankees are in this ALCS matchup with Houston, the third of the Aaron Judge era.

The Astros know they are better than the Yankees. They won 106 games to the Yankees’ 99, beat the Yankees in five of the seven regular season matchups and have a much better top-to-bottom roster. The first four hitters in the Yankees’ lineup are very formidable, and Harrison Bader seemed to be saving all his power for October, but nobody else really strikes fear in a pitcher’s heart.

They won’t come right out and say it, but knowing they have the talent edge plus the added rest that came from sweeping the Mariners, the Astros are in tremendous shape to reach their third World Series in four years. Manager Dusty Baker will blend that earned confidence with respectful admiration for the opponent to get his boys ready.

“Never underestimate anybody that you’re playing when you get to this point,” Baker cautioned. “As you see in the playoffs, anybody can beat you, anything can happen.”

If the Yankees are going to pull the “anything can happen” upset, it will be through pitching, but the Astros’ pitchers just held Seattle to two runs over their last 20 innings. The only consistent offense Seattle generated was also during a rare hiccup by Justin Verlander, who will be collecting his third Cy Young after the season and should not be expected to repeat that disastrous performance. With enough time to swallow, digest and feel the effects of that ten-hit, six-run pill from Game 1 of their ALDS, Verlander is ready to unleash his old man strength on the Yankees.

“I am excited, yes,” Verlander said at the Astros’ workout day in Houston on Tuesday. “I’ve been working hard to get my mechanics where I want them and kind of fix a few bad habits that have crept in. So, yeah, I’m excited to get back out there. I feel good.”

Baker tried to put himself inside the Yankees’ mind, knowing that they had to tamp down their postgame celebration after beating the Guardians and immediately shift their focus to baseball’s best team.

The 73-year-old Baker is an even 8-8 as a manager in postseason series. Yankee skipper Aaron Boone also has an even ledger, sitting at 4-4 in postseason series — if you count one-off Wild Card games as a series — after the Cleveland win. Giancarlo Stanton has been there with Boone for every step of the way, with each of their playoff losses coming to their three most heated rivals in the Astros (2019), Red Sox (2018 and 2021) and Rays (2020). With a sprinkle of the Southern California dialect that he shares with Boone, Stanton gave his thoughts on the upcoming challenge that awaits them at Minute Maid Park.

“We’ve got to go through them. We’ve got to beat them to get where we want to be,” Stanton said from the champagne-soaked Yankee Stadium clubhouse. “Revenge is whatever for me, it’s just what’s right now. They’re in the way of where we need to go so we’ve got to take care of them.”

Gerrit Cole, who in 2019 was one win away from getting a World Series ring with the Astros, will now get a chance to slay them. This will be Cole’s first postseason look at his old team, and he said he tried not to get too far ahead of himself when envisioning the Yankees’ path to the Fall Classic.

“The postseason is crazy,” he said over the Yankees’ bombastic victory playlist. “If I was in the National League I probably would have said to get to the World Series you have to go through the Dodgers. You don’t look too far ahead. When it’s done, it’s done.”

Many of Cole’s teammates from the Houston days have moved on. George Springer, Carlos Correa, Zack Greinke, Charlie Morton and Dallas Keuchel bolted in free agency. Brian McCann, Josh Reddick and Evan Gattis retired. Michael Brantley, the 35-year-old who had his season cut short by shoulder surgery, will probably join them soon. Marwin Gonzalez plays with Cole on the Yankees now. The three constants — dating all the way back to the banging scheme in 2017, when Cole was still a Pirate — are Jose Altuve, Alex Bregman and Yuli Gurriel.

“I saw a stat the other day,” Cole remembered. “I think there are two trios of players — both of them Yankees, some kind of combination of Bernie, Jeter, Tino and Jorge — and they have the most playoff games played together as a trio. In third place is Jose [Altuve], Bregg [Alex Bregman] and Yuli [Gurriel].”

As various alcoholic beverages sprayed all around him, Cole then offered both a laughably simple scouting report of the Astros and probably the best one anybody could possibly give.

Beating the Astros will require much more of a group effort than taking down the Guardians did. The Yankees’ bullpen did its job, but relievers have a tendency to go from A to Z in short periods of time. Game 1 starter Jameson Taillon is also a bit of a question, as he has not started a game since the regular season, and we saw how well that worked for Aaron Civale on Tuesday. It would be nice to get some offensive production from the shortstop and catcher positions, and the Yankees still won’t have DJ LeMahieu or Andrew Benintendi to bulk up the lineup. Houston, meanwhile, is basically at full strength and has been licking their chops waiting to play their AL-record sixth straight Championship Series.

“They find ways to win even if they’re not performing at their best,” Cole said knowingly. “I don’t know how many hits Jose got in that series but all of a sudden he showed up with the glove making nasty defensive plays. Bregman seems to be stroking the ball really well right now. Yuli is just like, always there. It’s funny because when they’re all clicking they’re great, and when they’re not all clicking they’re great. That’s why they keep going to the ALCS.”