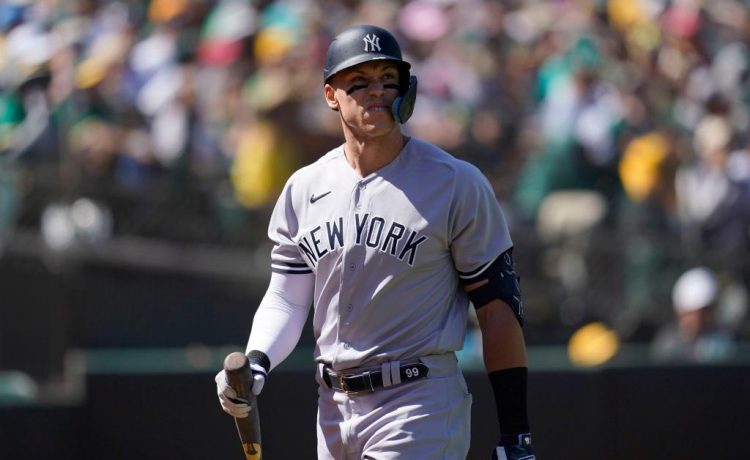 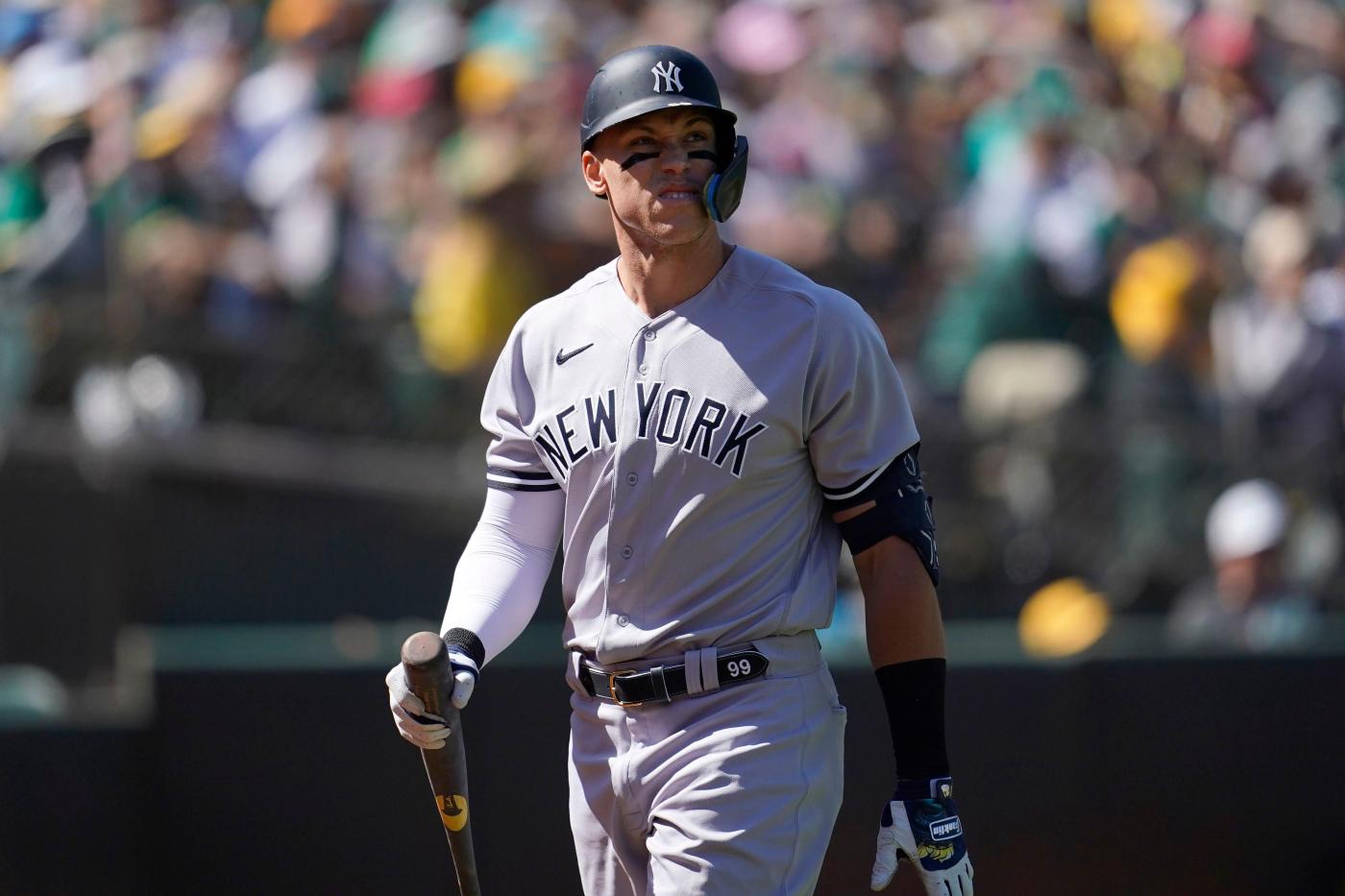 OAKLAND — This was not a weekend for the highlight reel. After a dramatic second-half slide, the Yankees had swept the contending Mets to start the week and hoped to come out here and build some momentum against the AL-worst A’s. Instead, the Yankees’ offensive issues resurfaced as Oakland’s Adrian Martinez shut down their bats and beat the Bombers 4-1 at the Coliseum on Sunday.

“We had about 20 hits the other night, so I don’t think we’re too far off,” Yankees slugger Aaron Judge said. “This is a time of the year when  it’s kind of a grind and this team knows that. We got our butt kicked here and now we have to step up in Anaheim.”

The Yankees (78-50) have lost two straight and split the four-game series with the A’s (48-81). The Bombers have won five of their last seven games, but are just 8-12 in their last 20 and 9-16 in the month of August. They dropped further behind the Astros in their chase for the best record in the American League  (3.5 games) and lost a game off their lead (7.5) in the AL East with the Rays winning Sunday.

While they’ve taken hits to their pitching with Aroldis Chapman and Nestor Cortes going on the injured list since they arrived on the West Coast, it’s been the offense that has been missing. Clarke Schmidt had a strange final line with a career-high eight hits off him, a career-high tying four earned runs scored on him while he also rang up a career-high seven strikeouts.

“Just a little scattered,” Yankees manager Aaron Boone said. “I thought he did a good job of corralling and finishing strong, but just a little bit scattered with his stuff.”

Schmidt was making a spot start for Cortes and while he will make another start Cortes works his way back from the IL, he’s not a concern as the Bombers head down the final stretch of regular season games. The real concern has to be the inconsistent offense.

That includes Thursday night’s win when they hammered 20 hits and scored 13 runs.

“I think we just got shut down unfortunately here these last 23 hours,” Boone said. “So we gotta do a better job there. But we got a division to try and win. We need to put our best foot forward.”

That was not their best on Sunday.

The Yankees gave a lot of credit to Martinez, who came into the game with a 6.08 ERA. He allowed one run on three hits and two walks. He struck out six. He was the second straight starter with a 6-plus ERA that baffled the Bombers’ bats this weekend. Adam Oller held them to one hit and no runs over eight inning on Saturday night.

“You gotta tip your cap sometimes. You got some good pitchers over there that made pitches when they had to,” Judge said. “They kind of kept us off balance a little in between the past couple days and as you know, in baseball you’re gonna have a couple of nights like that.”

Aaron Hicks, whose offensive struggles cost him his starting job in the outfield, made his first start in a week on Sunday, playing center field and hitting eighth. He got the first hit for the Yankees on Sunday and just the team’s second since Friday night. Hicks snapped a streak of 18 innings with just one hit for the Yankees with a solid line-drive single in the bottom of the fifth. He scored on Kyle Higashioka’s single.

The Yankees had another chance in the sixth when Giancarlo Stanton, back in the lineup for the third time in four games, singled with one out and Rizzo followed with a single. LeMahieu grounded into a double play when second baseman Sheldon Neuse tagged Rizzo and got the ball to first in time to beat LeMahieu.