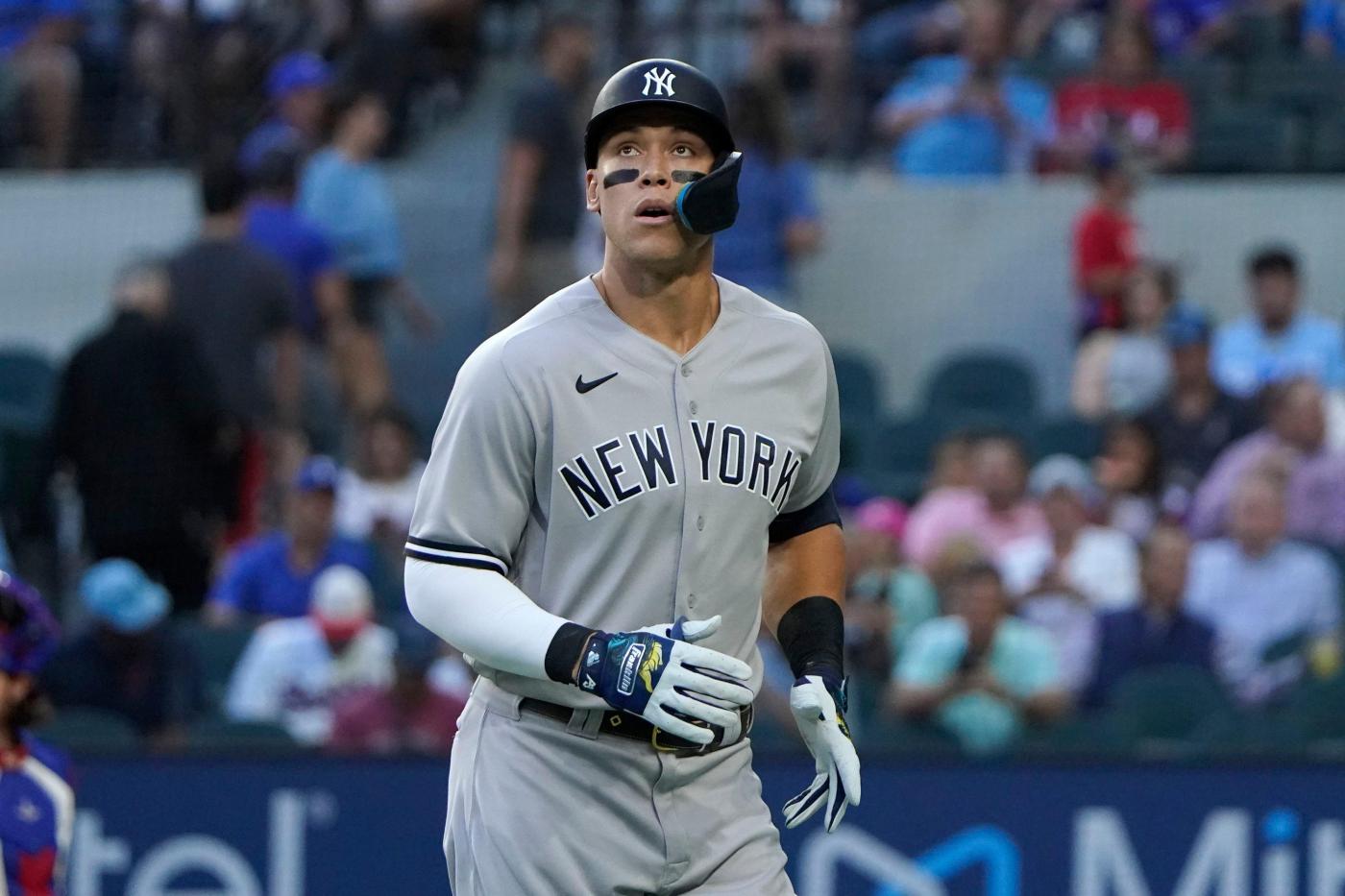 The Aaron Judge watch is expected to kick into high gear with the start of the MLB Winter Meetings on Sunday.

And the Bombers don’t plan to go down without a fight.

The Yankees have an offer to Judge on the table that is around eight years and $300 million, according to ESPN. This would make him the highest-paid position player in the history of baseball in terms of average annual value. The Yankees are willing to increase the offer depending on how the market shapes up for Judge, per ESPN’s Jeff Passan. Reports have also indicated that No. 99 seems likely to sign by the end of the four-day gathering in San Diego.

The other known suitor for Judge is the San Francisco Giants and their offer — or if they have even made an offer — is unknown at this time. The Giants has long been rumored to be a potential suitor for Judge. The current AL MVP grew up in Linden, Calif., which is about two and a half hours away from San Francisco, as a fan of the Giants.

The right-fielder turned down a seven-year, $213.5 offer from the Yankees prior to the start of the ‘22 campaign. At the time, it was seen by many as a fair offer, however, the right fielder’s remarkable season surely upped the price tag.

Judge seemingly was unhappy with the fact that GM Brian Cashman announced the exact figures that he turned down.

With their franchise player being courted, Cashman wasted no time in trying to put the AL home run king back in pinstripes and confirmed that they have indeed made an offer.

“Yeah, [we’ve made an offer] we’re in real-time,” said Cashman at Covenant House Sleep Out at Silverstein Family Park on Nov. 19. “We’re on the clock. We’re certainly not going to mess around. Of course, we’ve made another offer, we’ve made offers since spring training.

“In the early stages of free agency, our first conversations with Aaron Judge started the day after our season ended. So we’re serious, we’ve always said we were.”