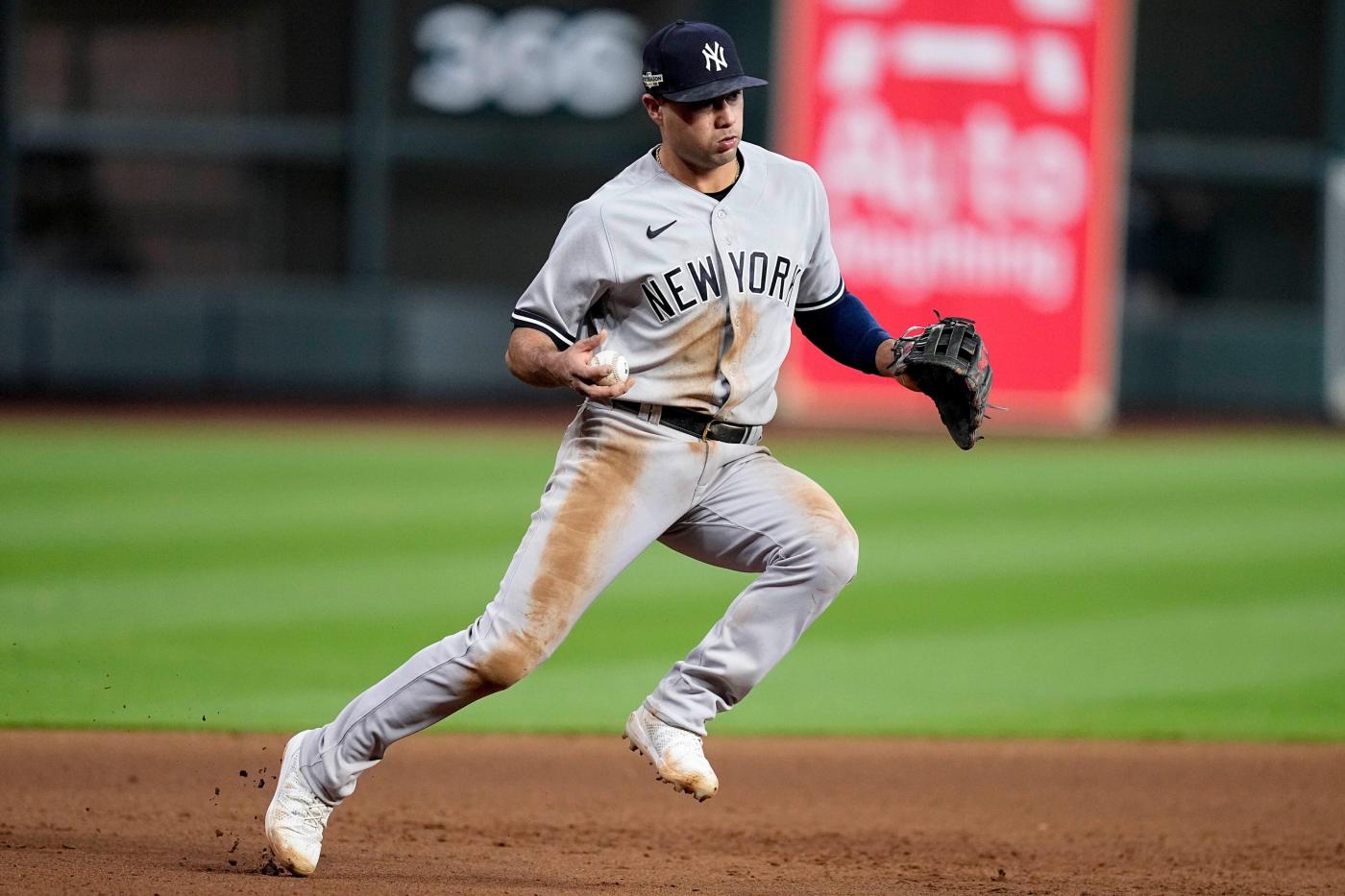 Before Game 4 of the American League Championship Series, with his team facing a challenge that proved insurmountable, manager Aaron Boone laid out the strategy for pulling off the improbable.

“Keep it small, try and win the next play,” Boone said. “Go out and try and win pitches in that first inning and keep the focus in that regard real small knowing we got to win a game today, and then we can move forward from that.”

The message to his team was not to look too far ahead or let the opponent get in their heads, despite the fact that Houston has won each of their last two playoff series against the Yankees in 2017 and 2019 and took this year’s season series.

The manager, like most managers in the postseason, doesn’t like to change things up or divert from any previous communication habits that they used in the regular season. Apart from the bizarre decision to show the team clips of the 2004 Red Sox’s comeback — which, you may remember, was one of the darkest events in Yankee history — Boone said he pretty much stayed out of everyone’s way prior to Game 4.

“I interact with them informally and formally kind of every day, and I’ll keep it like that,” Boone said. “We have a message through our coaching staff, and we want to keep the process as normal and as focused as we can keep it. But of course checking in is important.”

NO OFFENSE, BUT YOU HAVE NO OFFENSE

Boone was as aware as anyone that his offense fell off a cliff in October. Josh Donaldson heard it the most from the fans, and Boone came to his third baseman’s defense before Game 4, explaining that he batted Dondalson sixth because he didn’t want to drop him any further down.

“Look, we’ve struggled as a group,” Boone acknowledged. “We’ve all struggled. J.D.’s been getting on base. He’s kind of borne the brunt of this for some reason. But we got to get it going as a group.”

Entering Sunday’s game, Donaldson was hitting just .200 in the postseason but did have a .375 on-base percentage thanks to seven walks. He went 0-for-4 in the finale, striking out three times and leaving three runners on base. Isiah Kiner-Falefa also made his way back into the starting lineup for Game 4, batting eighth and playing shortstop. He did his part, socking a double and scoring a run. Kiner-Falefa did not start in Games 2 or 3, as rookie Oswaldo Cabrera took his spot. Boone gave his reasoning for re-inserting the embattled Hawaiian in a win-or-go-home game.

“I feel like IKF has had good at-bats in this postseason and, yeah, he’s a guy that all year has had that ability to get a hit,” Boone said. “He’s hit well with runners in scoring position. So, sure that factors in.”

Kiner-Falefa batted .261 in the regular season and had the highest contact rate on the team but also carried an 85 wRC+, meaning he was 15 percent worse than league average. He did hit .327 with runners in scoring position though, as Boone alluded to. Boone thought one of the things that plagued his hitters was just a classic case of the ball not finding any holes.

“It’s that razor-thin line sometimes between a guy really going well and maybe a guy scuffling a little bit. Sometimes that difference is when you do get a pitch and you make a good swing decision on it, you know, fouling it off as opposed to a ball you would hit in the gap.

“That’s baseball. And that’s the difference between having success and having a game where you get shut down. I thought we had some chances [in Game 3]. Hopefully we get some more and are able to take advantage of them [in Game 4].

Everybody was thinking about it, but no one wanted to say it. After the loss to Houston officially ended the season, it also may have ended Aaron Judge’s tenure in pinstripes. Prior to Game 4, Boone was asked directly if he’s allowed himself to think about that, spawning a predictable answer.

DJ LeMahieu, whose somewhat mysterious foot injury kept him from playing at all in the postseason, revealed some of his thinking as it pertains to offseason rehab.

“I don’t know if I have to get surgery or not, so I need to make a couple more visits and see where we’re at,” the infielder said.

“There’s ligament damage in the second toe and I have a fractured sesamoid in the first toe. It was kind of a chronic, gradual thing.”

LeMahieu spoke with noticeable disappointment in his voice, both from getting swept in the ALCS and not being able to contribute anything on the field. He also mentioned that he felt like he could have at least been included on the ALCS roster but understood the team’s decision to leave him off.