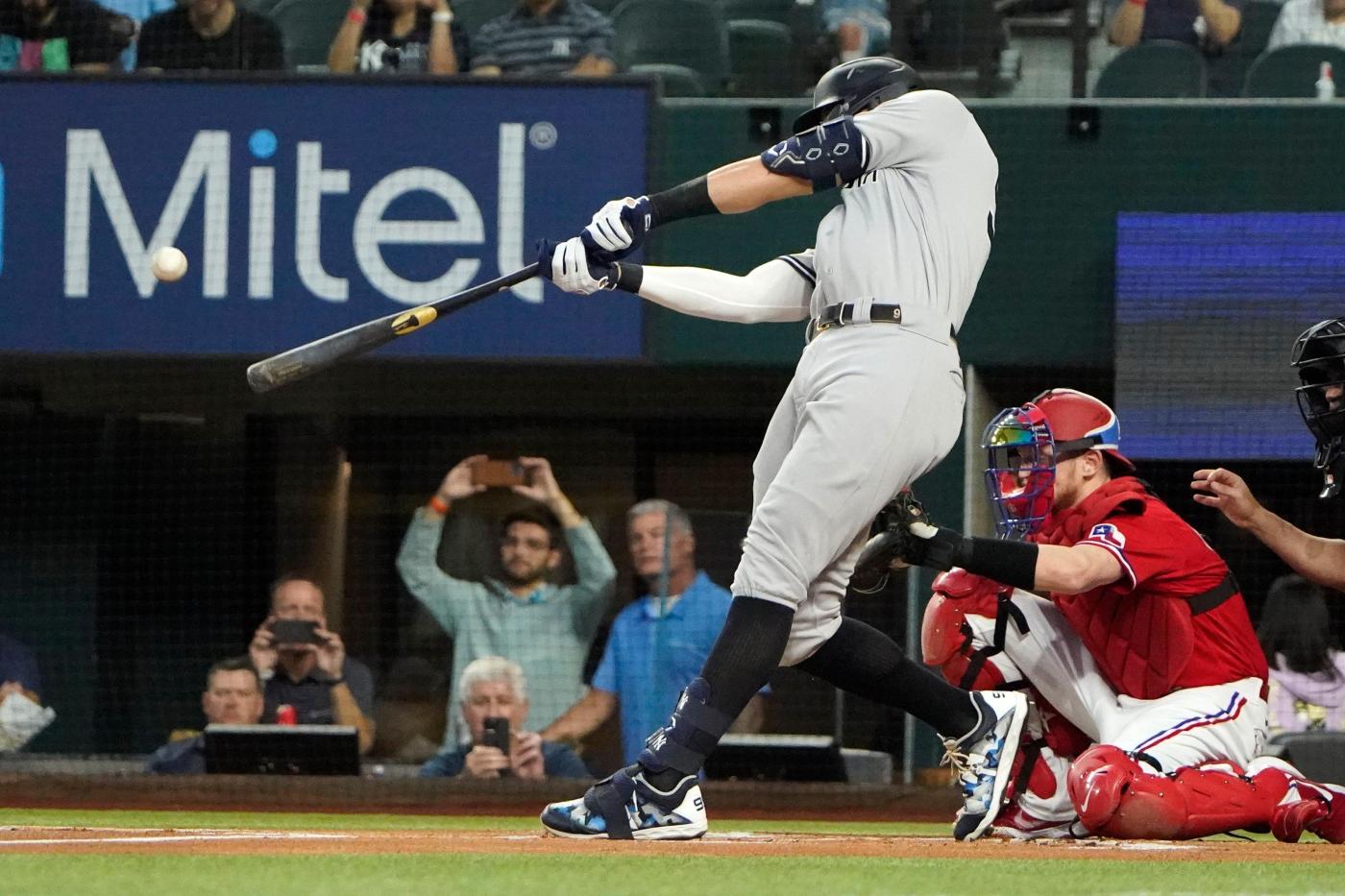 The Yankees slugger mashed the third pitch of the second game of a double header at Globe Life Field for his record-breaking 62nd home run of the season. Judge surpassed Roger Maris and his 61-year-old American League single-season home run record almost a week after he tied it.

Judge, who had gone 1-for-4 in the afternoon game, hammered an 88 mph slider off Rangers right-hander Jesus Tinoco. It traveled 391 feet into the left-field bleachers.

Judge, who led off the game, was greeted by his teammates who poured out of the dugout when he reached home. He fist-bumped Giancarlo Stanton and hugged his way back into the dugout. Before heading down, he took off his batting helmet and pointed over to his family, who have followed him for most of this journey since he hit No. 59 in Milwaukee on Sept. 18.

The 62 home runs are the most ever by a Yankee and are 11 behind Barry Bonds’ record of 73 in 2001. Many, like Roger Maris Jr., consider that mark and those of Mark McGwire and Sammy Sosa tainted. They did it before drug testing in baseball and there is a strong suspicion that they used performance enhancing drugs to reach these numbers.

Judge, who grew up outside the Bay Area watching Bonds, considers the MLB record to be 73.

Judge went into Tuesday night’s game leading the majors in home runs by 15 and leading the league by 22.

It was his 28th plate appearance since hitting No. 61 on Sept. 28 in the seventh inning of the Yankees’ win in Toronto. That ended a seven-game, 34-plate appearance homerless streak for Judge.

He had started each of the Yanks’ last 55 games trying to get this record.