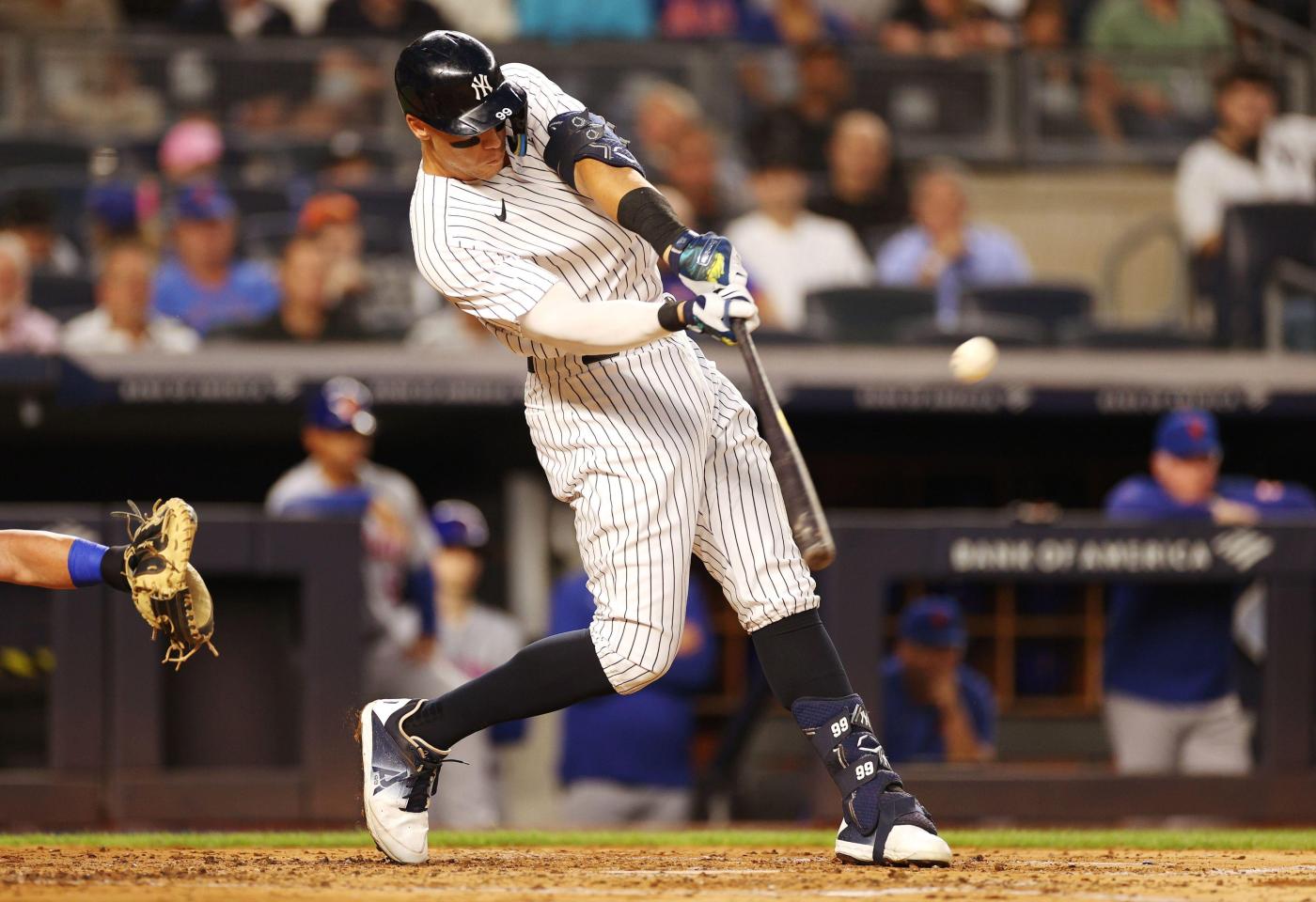 Coming off a grueling road trip that included three rain delays, some very late-night travel and a doubleheader, the Mets finally ran out of gas on Monday night at Yankee Stadium. They lost 4-2 to their crosstown rivals, who won back-to-back games for the first time since July 29 and 30.

The trajectories of these teams heading into their Subway Series could not have been much different. The Yankees have been one of the worst teams in the league since the All-Star break and have been even worse when you limit the sample to just August. The Mets, meanwhile, have had a season with very few trials and even fewer tribulations. Even when their most recent road trip began with two pitchers leaving their starts with injury, the Mets escaped Atlanta and Philadelphia with a 4-4 record during that stretch.

Their first road game in their home city may have just been a “schedule loss.”

The term, typically reserved for NBA teams playing the second night of a back-to-back, generally refers to a loss that is more about the calendar than the opponent. Monday was the Mets’ twelfth game in 11 days, and they played like it.

Yankees’ starter Domingo German went nine up, nine down to begin his evening. Max Scherzer, on the other hand, had a run on his ledger just four batters in. Both teams were noticeably aggressive, swinging at tons of first pitches and wasting no time putting the ball in play. In total, the starting pitchers struck out just six men and walked one, a true anomaly in 2022. If this game winds up being a turning point in either team’s season — the Mets coming back to reality after a feverish, 11-game NL East bender, the Yankees finding water in the August desert — it may also be a memorable fork in the road for Aaron Judge.

Judge had not homered in nine games, the longest drought in his plentiful season of power and a veritable catastrophe for the impatient diehards. The Yankees, whom Judge called out for being low-energy over the weekend, got a battery in their back when his tailing liner off Scherzer in the third inning disappeared into the right field seats.

Regardless of the stadium, the chants at any Yankees-Mets game are decided by whichever team takes an early lead. Judge’s oppo taco put his team up by two and ignited a booming chorus of “Let’s Go Yankees” from every corner of the Bronx. With the Mets’ offense running on fumes, and German picking a great time for his longest outing of the year, everything began falling into place for the previously-reeling Yankees.

For the Mets, one of the many blemishes on their 2021 season resurfaced. Last year the Mets were, according to FanGraphs’ runs above average, the worst team in the National League at hitting curveballs. With new hitting coach Eric Chavez now blessing the bats, they’ve gone up to third this year. But that 2021 odor seeped back in on Monday night.

The curveball has been German’s primary pitch since 2018, so his high usage of it was nothing new. What was peculiar was the Mets not being able to figure it out, as they’ve been so adept at solving pitchers’ puzzles all season. The Mets swung 17 times against his fastball and did not miss once. They swung 15 times on the curveball, though, and whiffed on five of them. It ended up being the only pitch to cause any swings and misses, becoming a highly effective tool against a lineup that prides itself on grinding pitchers to dust.

The Mets’ road game at Yankee Stadium on Monday was more of a field trip, as it kicks off a span of 13 straight nights where they’ll sleep in their own beds. This is not a team to dwell too much on one loss — especially with the marathon days that preceded it — and like many of their rare losses, it also came with a few bright spots.

Daniel Vogelbach belted his first home run in 27 plate appearances, sparking some pandemonium from the Mets fans in attendance. Scherzer also found a way to get 20 outs despite not being at his best, and Trevor May continues to get back to his pre-injury form. With a three-pitch K to Anthony Rizzo, May has now struck out 10 of the 32 hitters he’s faced since healing from the stress reaction in his arm.

One has to imagine the Mets can see the light at the end of the tunnel. They’ll get an off day on Wednesday before trying to summit the Rockies four times, games that could very well end up being schedule wins.