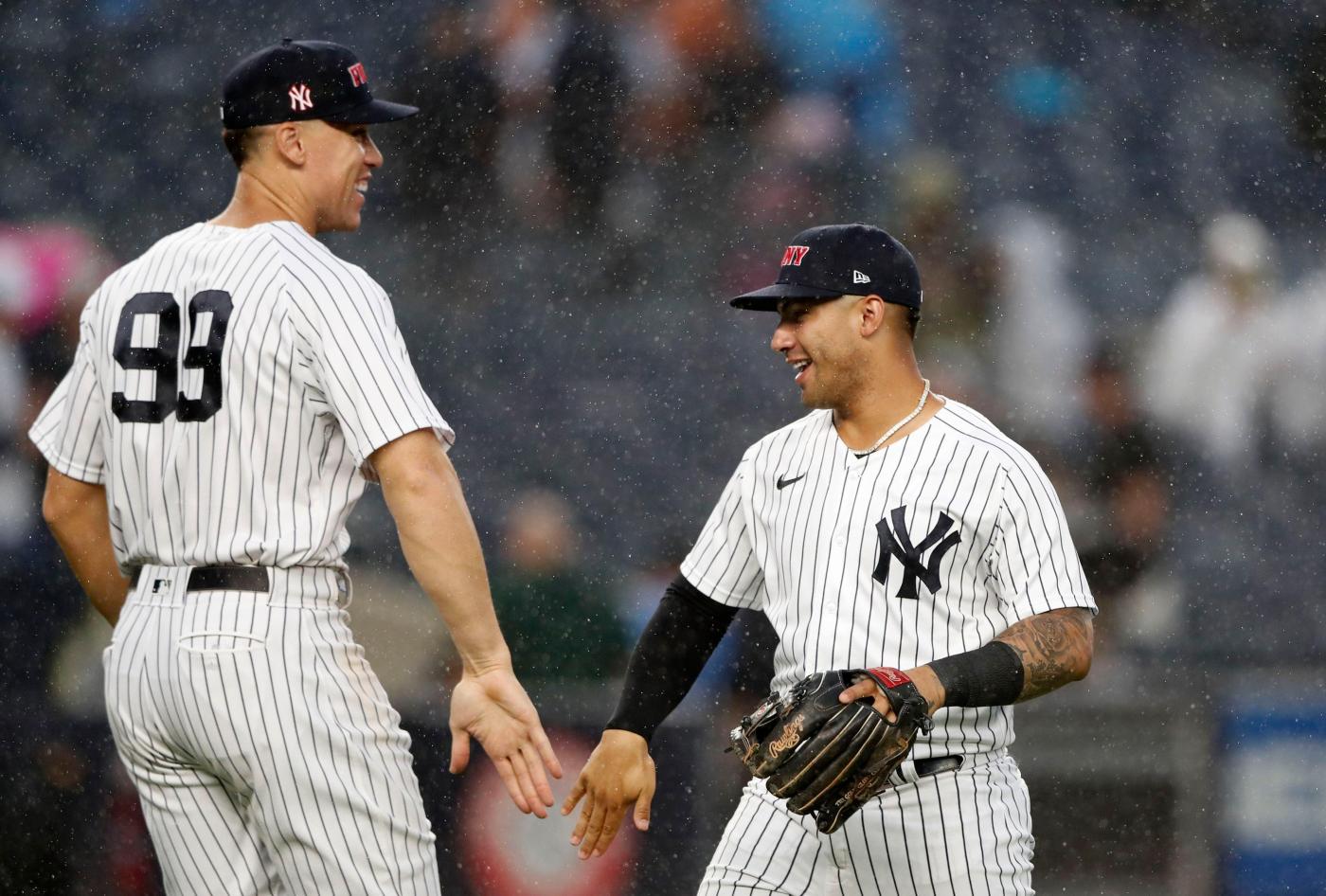 After nearly allowing the American League East to crumble through their fingertips, the Yankees made a resounding statement by bludgeoning the Rays this past weekend.

The Bombers mashed their way to 20 runs in the final two games of their weekend series and didn’t allow either of Tampa’s starting pitchers to make it past one out in the second inning bringing their division lead up to 5.5 games with 21 to play. Entering this series, it seemed realistic to think that there’d be a tie in the loss column atop the AL East–especially after dropping the first game on Friday.

“The convincing way I think they did it [impressed me the most],” said Aaron Boone about their crucial series victory. “But we’re onto the next one. By definition, it [a 5.5-game lead] feels better. But we gotta get ourselves right and whole and play our best.”

With the Yankees finishing off their season series against the Rays owning a potential tie-breaker with their 11-8 head-to-head record, the weight of a historic collapse hardly rests on their shoulders any longer.

The Rays own the second-most difficult remaining strength of schedule based on opponents winning percentage. Of their final 24 games, Kevin Cash’s club has six games to play against the American League-best Houston Astros and–even more beneficial to the Yankees–nine games remaining with the Toronto Blue Jays. The Blue Jays themselves have the third-hardest remaining schedule in baseball.

The Yankees meanwhile have the 18th ranked strength of schedule, their two most difficult series to come against the Milwaukee Brewers and their final series against the Blue Jays. Even if the Bombers weekend outburst was temporary, they are firmly back in the driver’s seat.

If the Yanks go 10-11 in their remaining games, the Rays would have to finish 18-6 against their schedule to win the division. The Blue Jays–who are just a half-game behind the Rays–would need an 18-5 record to win the division in this scenario and as previously stated, they play nine games against each other.

On top of the remaining schedule advantage, the Bombers are beginning to get key pieces back in the clubhouse. Giancarlo Stanton and Josh Donaldson returned to the Yankee lineup this past weekend and made an immediate impact.

“I don’t think you can understate that. You get two premium guys back and having good at-bats,” said Boone. “You saw good at-bats up and down the order and that allowed us to put up a big number both days.”

Stanton and Donaldson are just the beginning of the reinforcements heading to the Bronx. Harrison Bader, DJ LeMahieu, Luis Severino and Scott Effross are expected to return at some point during the next homestand beginning on Sept. 20 against the Pittsburgh Pirates. Anthony Rizzo is also working his way back as a blood patch procedure immediately cured his headaches from an epidural.

In the heat of a division battle, the Yankees continue to get healthy at the perfect time. They own complete control of their own destiny thanks in large part to their past two victories. Now, it’s just a matter of getting hot at the right time as they set their sights on October.