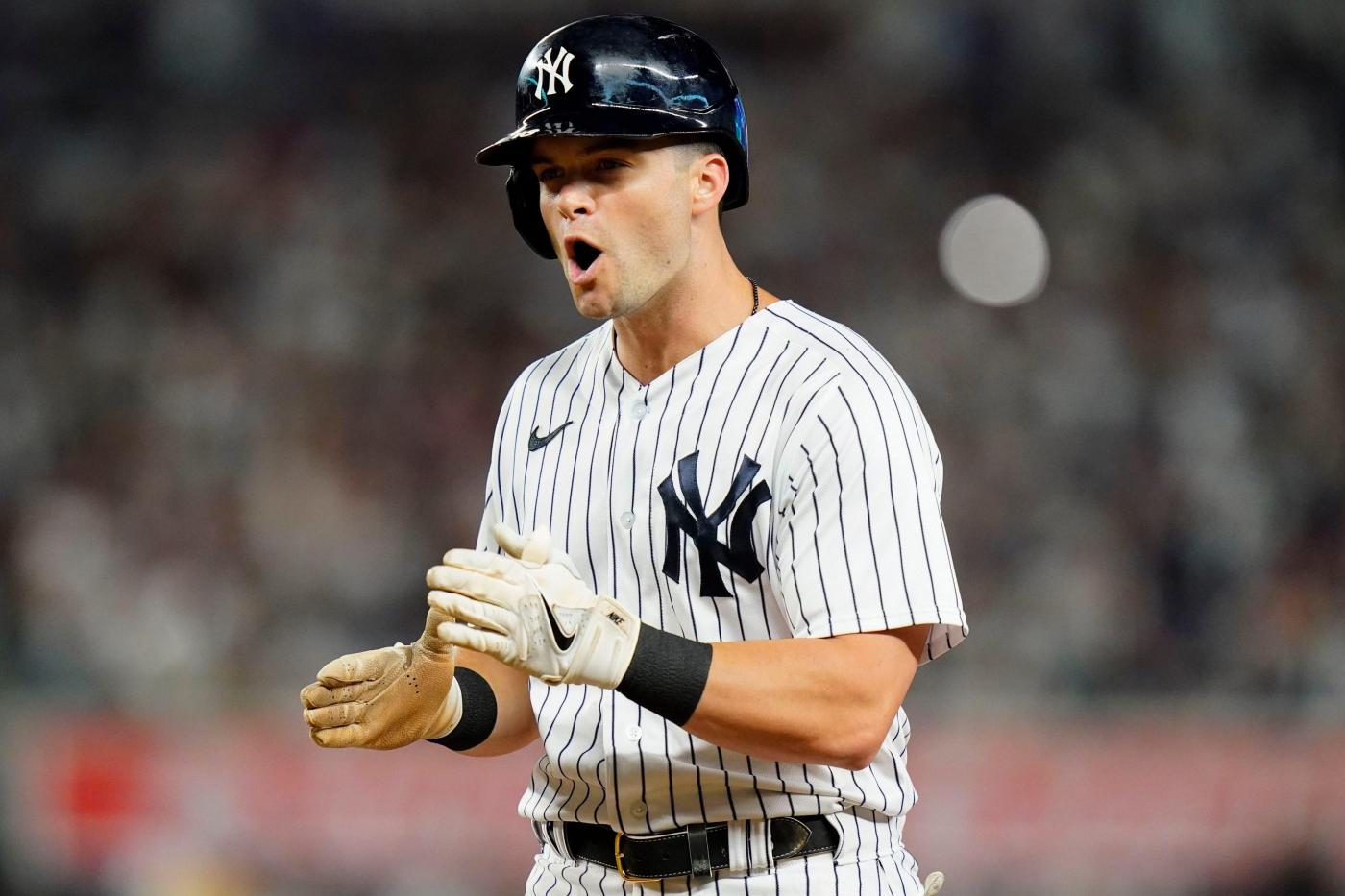 The Yankees top target to fill their left field vacancy is off the board.

Andrew Benintendi is headed to the Chicago White Sox after agreeing to a five-year, $75 million deal, according to reports.

The Bombers wanted Benintendi back, but the 28-year-old was seeking a fifth year on his contract that the Yankees were unwilling to offer, according to the YES Network’s Jack Curry

Benintendi was traded from the Kansas City Royals to the Yankees prior to last season’s trade deadline. The All-Star slashed .304/.373/.399 with five homers and 51 RBI in 126 games. A broken hook of the hamate bone in August ultimately ended Benintendi’s season and time in pinstripes.

Now the Yankees turn to the remaining available options to fill left field and they are short on obvious options. Michael Conforto, Michael Brantley and Jurickson Profar figure to be at the top of the free agency wish list.

Bryan Reynolds of the Pirates — seems unlikely to be dealt — and the Twins’ Max Kepler are the rumored trade targets that the Yankees could turn their attention to. However, with the offense being the primary reason for their demise in October, it’s fair to ask if any of the seemingly realistic options move the needle.

Yankees’ GM Brian Cashman will now have to get creative to fill the holes in his lineup as their most obvious fit has now moved on. Hal Steinbrenner has mentioned that a goal is to become more contact-oriented after his club was decimated by the Astros’ pitching in the ALCS.

Losing out on Benintendi comes on the heels of the Yanks locking up their top pitching target in Carlos Rodon to a reported six-year, $162 million contract. Rodon’s addition gives the Bombers an argument for the best starting rotation in baseball.