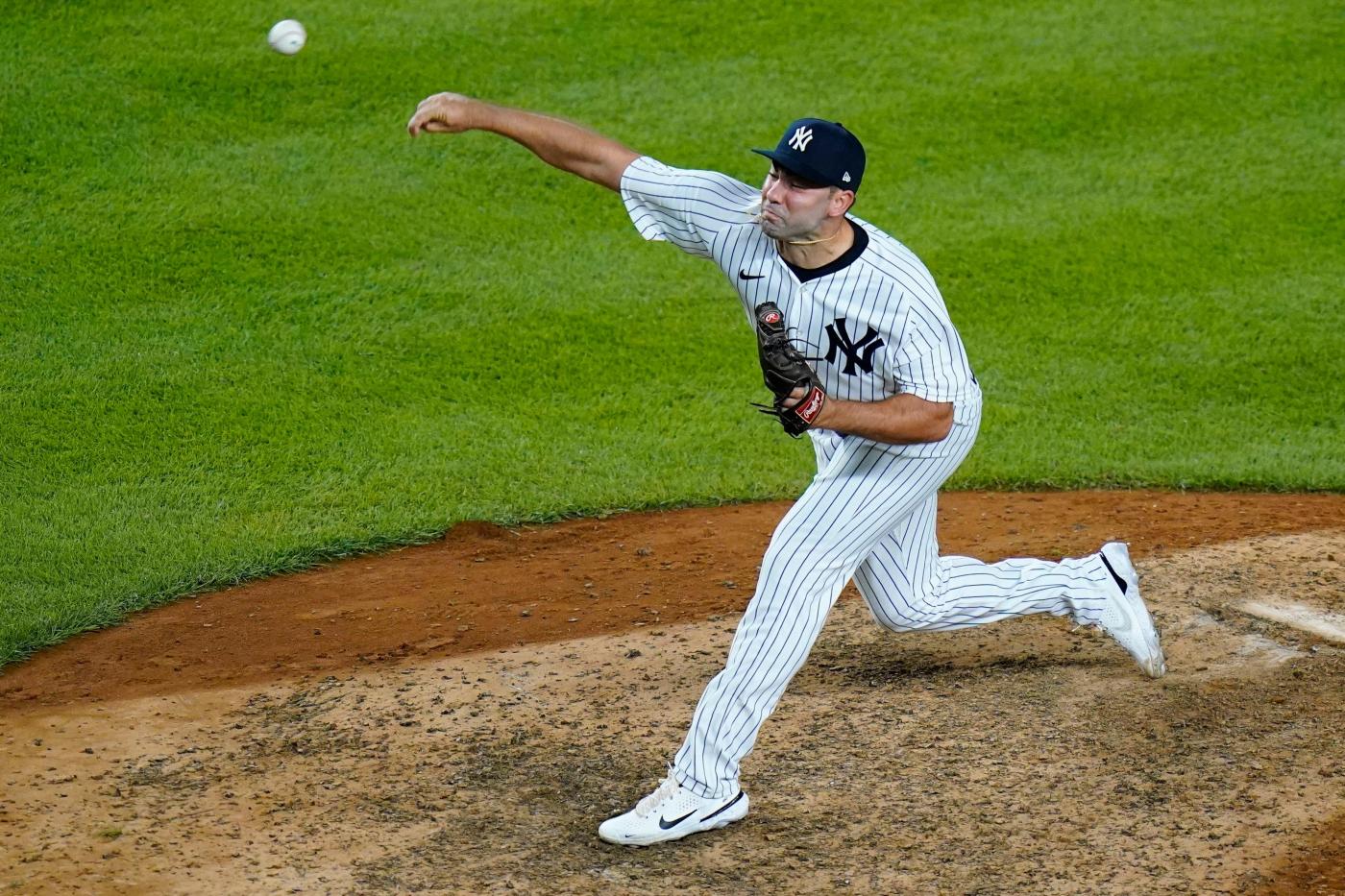 The Yankees were busy up to the MLB trade deadline, including making a shocking last-minute deal to send Jordan Montgomery to the Cardinals for an injured outfielder. Only time will tell if the Bombers are better after their flurry of deals, but meet the players Yankees added in the final 48 hours.

The 29-year old Montas will join the Yankees in St. Louis and likely make his debut with them Sunday against the Cardinals. With one more season of team control, there were concerns about the shoulder issues that kept Montas out of games this year. The Yankees scouted him consistently after that and are confident those are in his past.

“His velocity returned to expected levels,” a scout who saw him twice after the shoulder issues said.

He has three “plus pitches.” His fastball, his slider and splitter with good swing-and-miss stuff. Montas also throws a sinker (which the Yankees are a fan of) and a cutter. When hitters make contact, it’s usually weak and off the barrel. He has solid control and a very repeatable delivery.

“Montas is a legit power starting pitcher,” one rival American League exec said. “He starts in the first three games for any playoff team.”

Montas served an 80-game suspension for using steroids in 2019.

Don’t let the ERA fool you, Trivino played on a bad Athletics team with really poor defense behind him. His FIP of 3.83 is a better indication of the pitcher he is. He has the highest K% (28.9) and the lowest BB% (8.8) of his career.

“Way undervalued. Much better than his numbers,” an AL scout who saw Trivino several times this season. “Solid set-up man, especially against right-handed hitters. He has been overworked the past couple of years.”

The scout went on to say that Trivino could benefit from simplifying his pitch mix. Currently, Trivino features a sinker, four-seam fastball and slider. He also throws a changeup and a cutter. Pitching coach Matt Blake has become known for being able to focus his pitchers on a simpler pitch mix, for example sinker-slider for Trivino, and maximizing it.

“He will help them. Has good stuff and he has some bulldog in him,” the scout said.

Trivino is a free agent after the season.

The 28-year old rookie who came over from the Cubs made a decision in 2019 to start dropping his arm down into different release points and his career took off from there.

With 47 appearances this season, Effross is tied for the most in the majors. He’s been effective, especially against lefty hitters, which he has held to a .129 batting average against.

He’s stranded 25 of 29 inherited runners and 10 of his last 11 outings have been scoreless.

Effross features the sinker-slider combination the Yankees like in their relievers. He also throws a four-seam fastball and a changeup, using a different release point.

“Sinker-slider guy that comes from a different slot with plus control and command,” an American League scout who watched Effross a lot this season. “He fits Yankee Stadium very well and doesn’t give up much hard contact.

The 28-year old native of Bronxville is considered one of the elite center fielders in the game. He has a career 47 defensive runs saved rating from Fangraphs and a 15 last season. Bader, however, has played just 72 games this season because of plantar fasciitis, which has him in a walking boot for at least another week.

“When that guy gets out of that boot, he’ll be the best defensive center fielder you’ve seen in pinstripes,” one rival American League executive said.

Matt Carpenter, who played with Bader in St. Louis, said it would be hard to find a better defensive center fielder than Bader.

A graduate of Horace Mann in Riverdale, Bader said he grew up a Yankees fan and has memories of coming to the Stadium and seeing Derek Jeter’s famous dive into the stands to make an out.

Bader has one more year of team control before he hit the free agent market.