‘You could see he was happy’ – Boston Herald 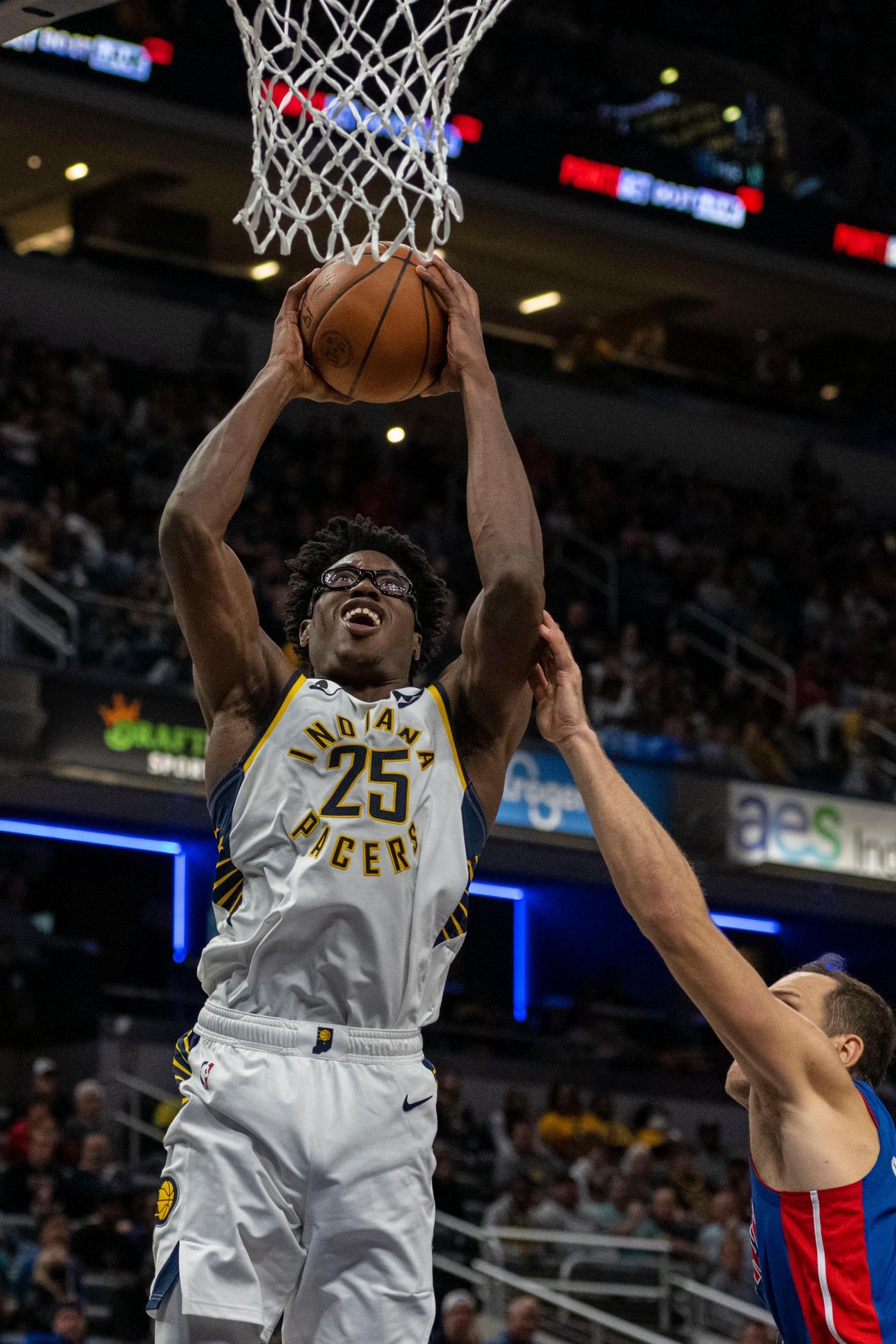 It’s possible Jalen Smith’s first sigh of relief since he was selected 10th overall by the Phoenix Suns in the 2020 NBA draft occurred two years later, in a different city, playing for a different franchise.

In his first 26 seconds on the court with the Indiana Pacers, Smith ran down the floor, caught a pass on the perimeter and hit a 3-pointer. It was one basket. Just three points. And yet, it was the start of something new — a much-needed refresh for a player who was saddled with high expectations for a team that required perfection amid a playoff push.

The midseason trade that sent Smith from Phoenix to Indiana in February introduced the Baltimore native and former Maryland star to a team with far different expectations. The Suns were in win-now mode; the Pacers were building. The pressure of learning what it takes to compete in the NBA lightened ever so slightly — just enough for Smith to exhale as he knocked down his first shot.

“That big cloud got off of me,” Smith, 22, said during shootaround before Friday night’s game against the Washington Wizards at Capital One Arena. “All that weight just lifted off of me, and I was back to having fun again.”

It’s not that Smith didn’t enjoy his time with the Suns. He learned a lot from the coaching staff and his teammates. But for a player who knew nothing other than what it was like to be a star, being on the bench — and, for a stint, the NBA G League — was a challenge.

What Smith needed was a fresh start. And it came via a trade, a lifeline for a professional career that teetered and threatened to capsize before the Pacers bought into Smith’s potential.

The attention placed on Smith from a young age masks reality. It showed a five-star recruit, a McDonald’s All American, an NBA lottery pick. He starred for Mount Saint Joseph under coach Pat Clatchey, made the Big Ten All-Freshman team with the Terps and skyrocketed his draft stock as a first-team All-Big Ten selection while helping Maryland capture its first Big Ten championship in program history in the 2019-20 season.

But at each step, Smith has required an adjustment period. As a freshman on Clatchey’s varsity squad, there were hiccups before triumphs for the lanky kid affectionately known as “Stix.” At Maryland, his freshman year ended in tears, with his teammates propping him up as he wandered off the court after a second-round defeat in the NCAA Tournament.

The NBA was no different.

But naturally, the NBA was harder.

“If it was tough in high school, and tough in college, it was going to get tough now,” said Lisa Smith, Jalen’s mother, who watched Friday’s game in Washington. “Even though the outside world looked at it as doom and gloom, we saw it as a part of his normal process. Just that this was a whole lot tougher than all the other times. And how he got through this was going to determine how he was going to proceed in the future.”

In the evaluation process for Smith, the idea he would be taken as a lottery pick took his family by surprise. Multiple teams conveyed that belief to the Smiths, however, while others confirmed he was at least a first-round talent.

As Smith’s representatives explained, the earlier he was taken, the better. A rebuilding team selecting early in the draft would have more room for Smith to grow. He’d have space to make mistakes without the pressure of a playoff hunt.

But the Suns found themselves in a unique position with future Hall of Fame point guard Chris Paul leading an up-and-coming roster, and Smith averaged 4.1 points in less than 10 minutes per game.

“I think the Suns looked at it as, we have a two-year window to try to win an NBA championship, and developing a young player, despite his draft [status], is not a priority for us,” Clatchey said. “I’m sure he was disappointed. But he is also smart enough to learn that, ‘Hey, this is a business. How can I turn this into a positive?’”

At Mount Saint Joseph’s, Clatchey and his staff preach to their players that it’s not what happens to them that’s important; it’s how they react and respond.

In texts to Smith after the trade, Clatchey reminded his former star to control what he could control. And in a text from Suns star Devin Booker, a similar message came across: “Make sure you’re one of the hardest workers.”

Both struck a chord with Smith, who arrived in Indiana with an expiring contract yet played well enough to convince the Pacers to re-sign him to a two-year deal worth $9.6 million. In the latter half of last season, Smith averaged 13.4 points and 7.6 rebounds in 24.7 minutes per game. And in his first six contests this season, including a 127-117 win over Washington on Friday night, Smith is averaging nearly a double-double.

In Lisa’s mind, this season is her son’s actual rookie year. He’s finally having the chance to prove himself on the floor each night, developing into the player he knows he can become. The early career expectations, the outward perceptions all faded away with a trade to the Pacers.

Smith is where he belongs, and the exhale that accompanied a 3-pointer in his first game only punctuated the weight off his chest.

“From the very first game, you could see he was happy,” Lisa said. “It was going to work.”