‘You have to do some damage’ – Boston Herald 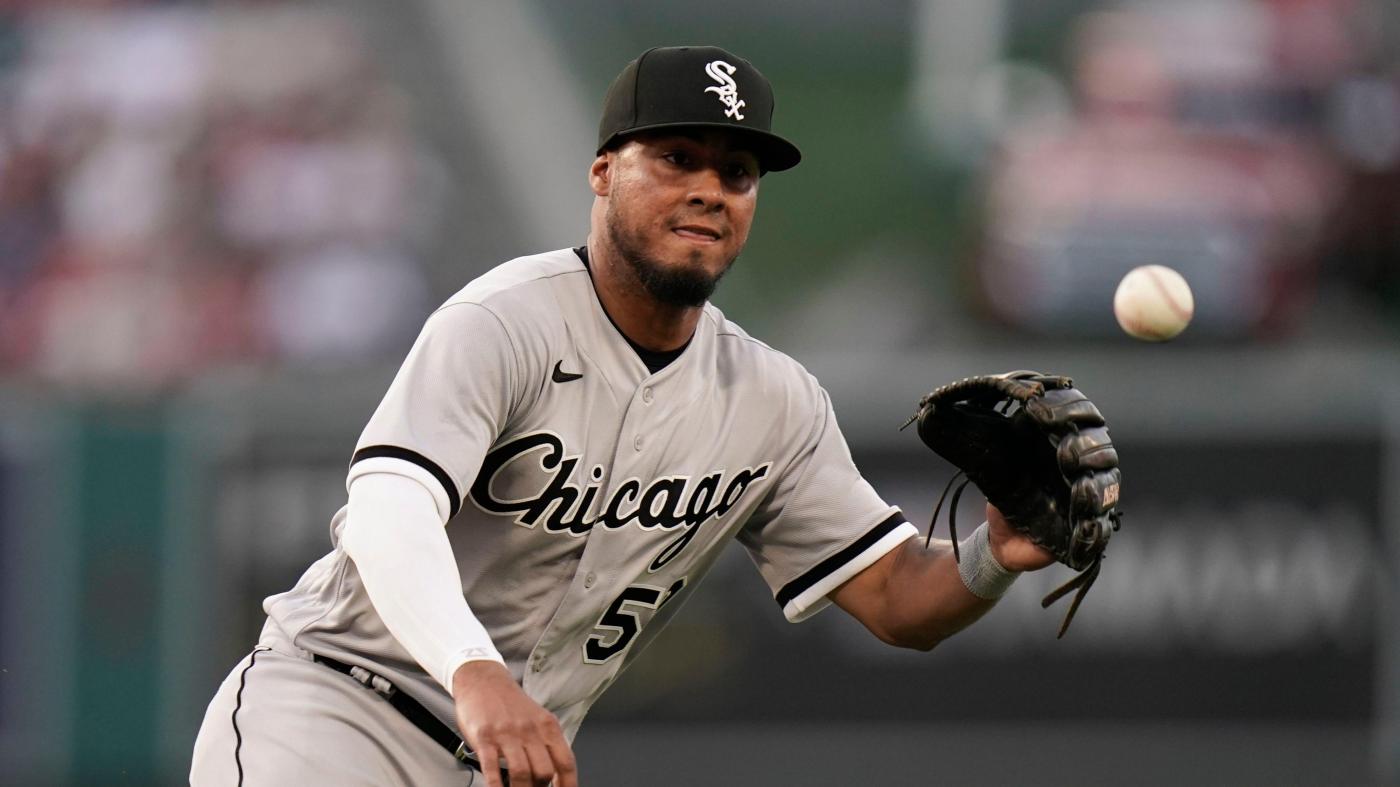 But when Kansas City Royals starter Jonathan Heasley threw him a curveball on a 1-1 pitch in the third inning Tuesday at Kauffman Stadium, Sosa quickly reacted.

The result: a 428-foot home run, the first of his major-league career.

The Chicago White Sox recalled the infielder from Triple-A Charlotte on Sunday, and he had two hits during his first action since returning in Game 2 of Tuesday’s doubleheader, helping the Sox to a 3-2 victory.

“Since the moment they told me I was coming here, I was really focused on doing everything in my power to help this team,” Sosa said through an interpreter after the game. “(Tuesday) was one of those days. That’s what I’m planning to do — try to help this team as much as I can.”

The Sox will need the contributions as they try to navigate the next few weeks without shortstop Tim Anderson. The two-time All-Star went on the 10-day injured list Tuesday with a sagittal band tear on the middle finger of his left hand. He will undergo surgery Thursday and is expected to miss about six weeks.

Sosa played second base Tuesday and started at shortstop Wednesday against the Royals. He also has experience in the minors at third base.

“Between those three positions, my favorite is shortstop,” Sosa said. “I’m going to do my best at whatever position they ask me to play.”

Sosa’s homer went to left-center, his single in the fifth went to center and he lined out to right in the seventh. Sox manager Tony La Russa said the game served as an example of what made Sosa so successful in the minors.

“The reports we were getting when he was playing in the minor leagues, that’s how he was hitting .300, using all fields,” La Russa said. “Very impressive. Anybody that hits a home run and gets a hit and injects energy in our club, because we’re looking for runs, the fact that he gets called up in a tough situation and produces, that’s more impressive.

“Anybody who does something like he did is going to help our club. Can’t give him enough credit. But that’s exactly how he was described from all the guys who have been watching him.”

“For my first experience (in the majors) I learned that you have to be patient here and I learned to execute,” Sosa said. “You can’t let mistakes happen. “ou have to be ready to take advantage of every single mistake. You can’t let those pitches in the middle just land there. You have to do some damage.”

After playing second in each of his appearances during his first stint with the Sox, Sosa made his first big-league start at shortstop Wednesday. Leury García, who is slashing .211/.237/.274 in 79 games, started at short in both games of Tuesday’s doubleheader. La Russa mentioned Garcia has been dealing with hip and back soreness.

“We’re going to watch it closely,” La Russa said before Wednesday’s game. “He was getting treatment (Wednesday). I’m thinking he can play (Thursday) afternoon, but if he’s sore, won’t play him. But that means maybe (third baseman Yoán) Moncada has to play four (games).

“So you do stuff (with the lineup) in pencil and just have to watch. But the point is well taken because we are in this long string of games and you have to figure where a guy like Leury is going to have a day (off).”

Outfielder AJ Pollock led off for the Sox while Anderson served a two-game suspension and remained there for the second game of the doubleheader. He fouled a ball off his foot Tuesday and got a breather Wednesday. La Russa inserted second baseman Josh Harrison into the leadoff spot Wednesday.

“Pollock has been good (and) when he’s not there, Josh has got experience and that’s one of the things,” La Russa said when discussing leadoff options. “(You) look what other guys can bring. As much potential as (Luis) Robert and (Eloy) Jiménez have (in the No. 2 and 3 spots), you really want to have somebody that’s a threat. Because (the other team is) going to see Robert on deck and say, ‘Whoa, be careful,’ and it works to your advantage.”

Sosa led off in one of his five starts, June 25 against the Baltimore Orioles. He has been in the No. 9 spot the rest of the time.

“He’s not deer in the headlights,” La Russa said. “He’s had enough success this year, so it’s a good time to get a shot. And the better he does the more he plays. There’s an opportunity here.”