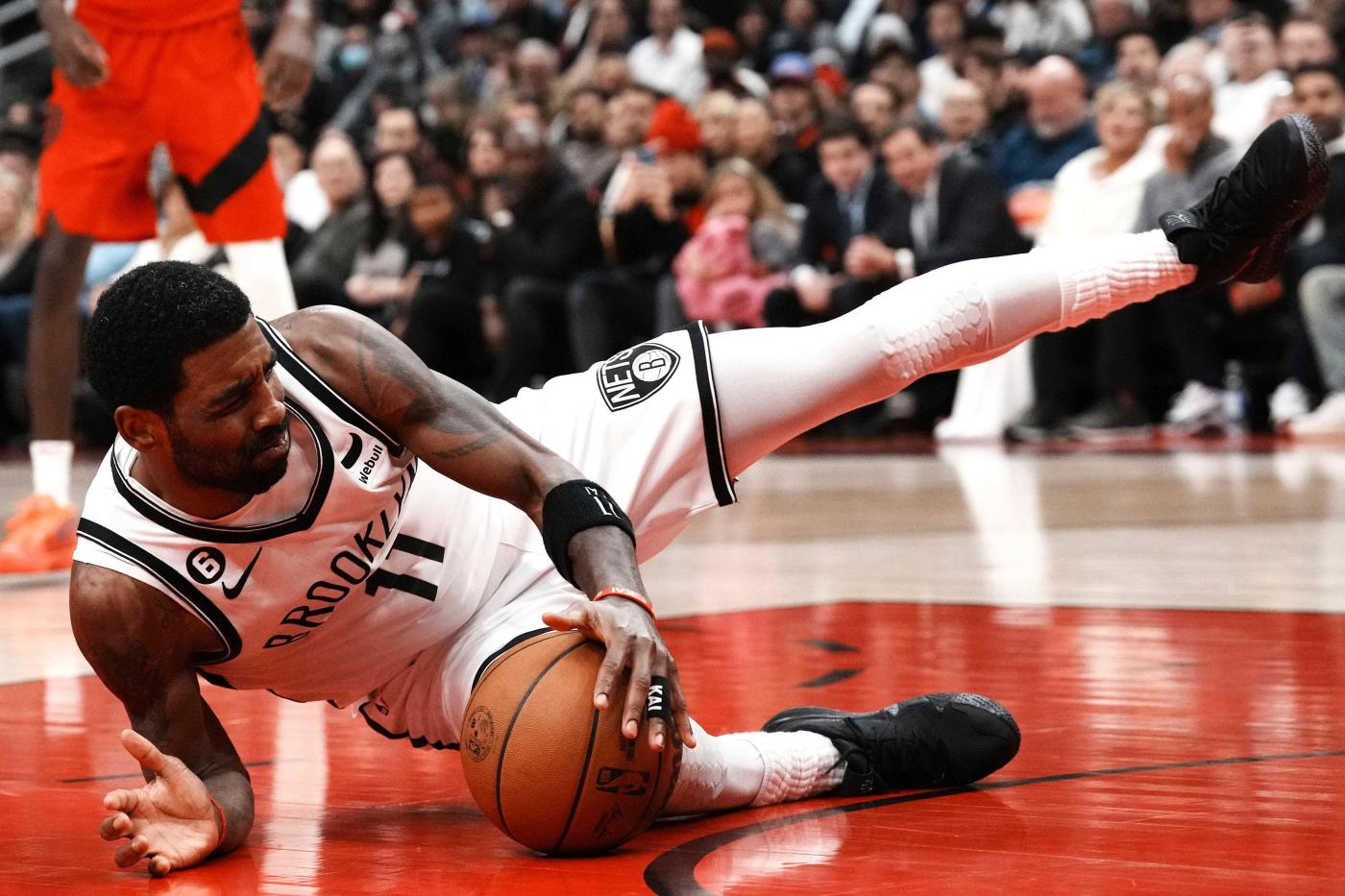 Instead, after Brooklyn’s win against the Toronto Raptors on Thanksgiving Eve, Irving suggested the talent in the NBA — particularly the young talent — is beginning to close the distance between themselves and the league’s elite veteran players.

“The game of basketball is becoming a multidimensional type of performance out there,” said Irving. “Young guys are coming at us older guys every single night and they’re running at a very quick pace, threes are going up left and right. Even if you look at the Philly game, I think we shot around 60% and we held them to lower than 45%, but they had a lot more threes and a lot more opportunities on the offensive glass and they were just creating more momentum.

“So I think the game is becoming a lot younger, more athletic. Guys are getting to the three-point line, and us as quote-unquote ‘guys with 10-plus years in this league,’ we’ve got to keep up and make sure we’re playing our style of basketball, which is everyone’s touching it and everyone has the ability to score or to be aggressive.”

The Nets lost to a Philadelphia 76ers team without Joel Embiid, James Harden and Tyrese Maxey before defeating an even more depleted Raptors team in the second game of a back-to-back on Wednesday.

“It really was a standard that we have to have for each other, and that standard is: finishing plays — you didn’t see as many breakdowns at the end of plays tonight,” said head coach Jacque Vaughn. “The concentration level (is up), and a big piece of that is holding each other to a higher standard. I thought from the beginning of the game, you saw that.”

Irving scored 29 points on 11-of-16 shooting from the field against the Raptors on Wednesday. He also scored 23 points in 10-of-18 shooting in the loss to Philadelphia.

Nets star Ben Simmons noted Irving is merely settling back into his role after serving an eight-game suspension.

“[He’s] just being Kyrie,” Simmons said. “That’s what we want him to do: be himself and have that confidence to come out and take those shots and be who he is. He’s an incredible player, incredible teammate, so I’m glad he had a night like tonight.”

Vaughn said it didn’t take much of a concerted effort to get Irving rolling.

“Doesn’t take time much. He’s gifted, talented, he can score on any court,” Vaughn said. “Got a couple to go his way, and once that happens, off you go.”