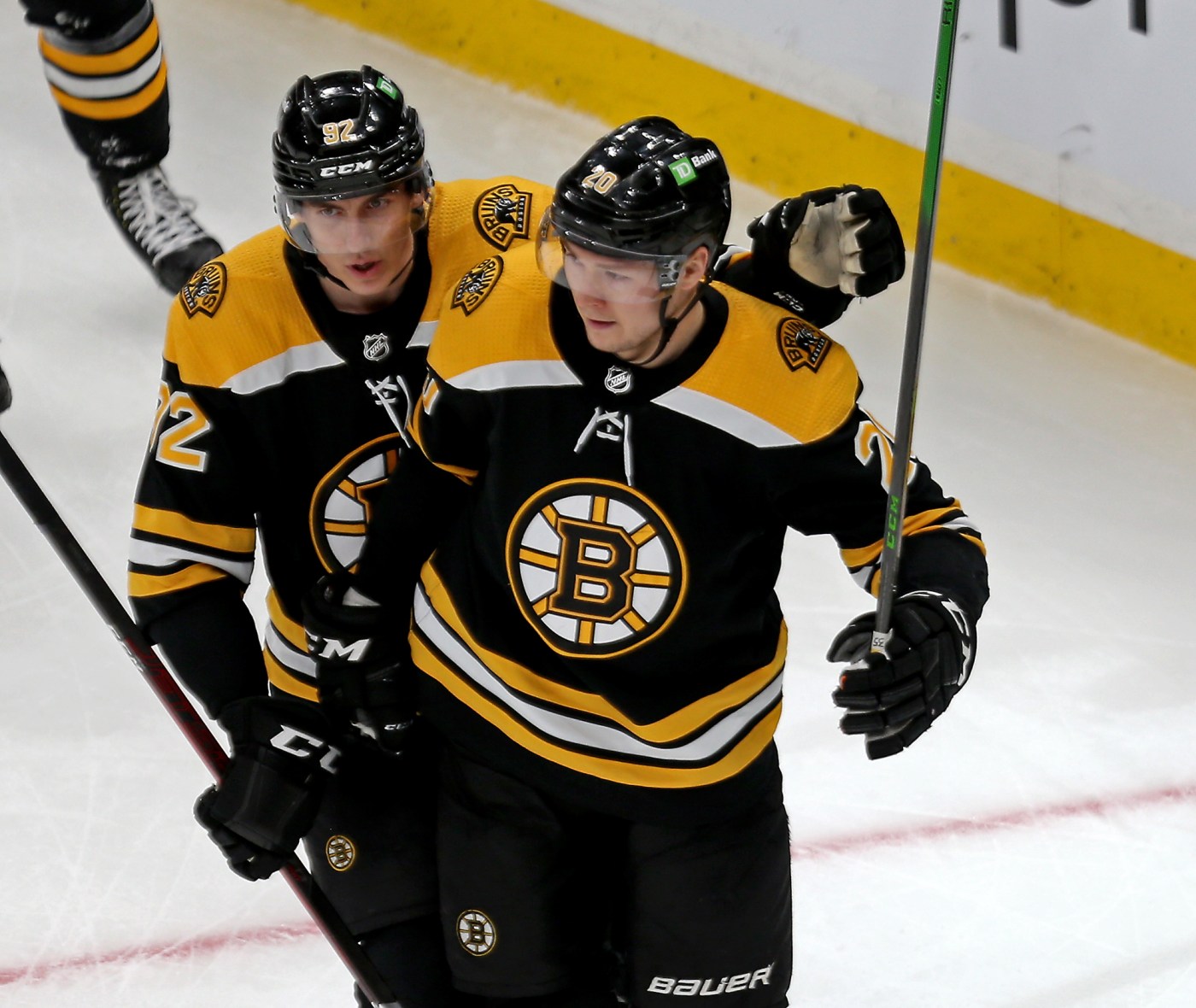 Oh, Merkulov certainly has some flash-and-dash to his game, which he displayed in his one year at Ohio State and in his brief stint with Providence after the Bruins signed him last spring. But it’s the other part of Datsyuk’s game – the one that won him three straight Selke Awards from 2008-2010 – that Merkulov admittedly falls short. But it’s not for a lack of trying, or self-awareness.

“That’s been an issue since I was like 13 years old,” said the centerman, who is making his Bruins’ Development Camp debut this week. “I’ve been working on that in school, in juniors. Even when I played for Youngstown, the coaches would say scouts always ask about you but they don’t like how you play in the D-zone so you have to be better and you will have success.. Same as here in Boston. They always say ‘D-zone, D-zone, D-zone.’”

Former B’s defenseman Adam McQuaid, now working in the team’s player development department, saw quite a bit Merkulov last season as he tracked one of the B’s top prospects, defenseman Mason Lohrei, who will be headed back to play his sophomore season with the Buckeyes. McQuaid said the 5-11, 181-pound Merkulov’s skill level “is something you can’t teach.” And Merkulov has flashed some of those shake-and-bake moves at the B’s camp. But the parts of his game that are less natural to him will need a lot of work..

“I think it will be somewhat of a daily process for him,” said McQuaid. “He’s playing in the middle of the ice and we know that, especially here, you have to be good in your own end to play the middle of the ice and play that 200-foot game. Those will be things the staff here will be working with him moving forward. It’s nice that he’s recognized it himself and he wants to work at it, so it seems like he’ll be a good fit that way.”

For Merkulov, the message over the years has been familiar.

“They always say it’s the small details, that I get distracted. I always cheat. I want to get the puck and go on offense as quick as possible and sometimes I just force it. That’s the biggest thing,” said Merkulov.

If Merkulov works at his defensive game like he has in overcoming the language barrier he once faced when he first arrived here to play for Youngstown of the USHL in 2019, the B’s might have something in him.

With the belief that the college route would be the best development path for him once he aged out of the USHL, he knew he had to learn a passable English,and he has done so very well. His goal to start was to learn 50 new words each day. He also picked up what he could from YouTube and television. “The Big, Bang Theory” was his favorite.

“You start with ‘dog, cow, grass’ then you go up and up,” said Merkulov. “When you start, you’re like a baby. You can’t speak, you can’t understand, you’re just quiet and you listen. Then a couple of months go by and you start to understand more, then a couple more months and you try to express yourself. Then you have(bad) pronunciation. No one can understand you. But you can’t give up. You just keep working, working and after a year, year and a half, I was all right.”

“I was impressed, to be honest with you, that Boston offered me,” said Merkulov. “I talked to scouts, talked to coaches, talked to my parents. I wasn’t drafted in the NHL, so for me it would have been a risk coming back for my sophomore year. I thought if I come back and don’t have a good year, or get injured, I might not have a second chance to sign.”

He played eight games for Providence last year, notching 1-4-5 totals. With the injuries the B’s are facing, he hopes to make an impression on management. At the very least, he’d like to meet Patrice Bergeron.

“I hope sometime this training camp I will, because he’s a master of the D-zone,” said Merkulov.

He may need help in that department, but at least he knows where to look for it.

As expected, UFA Curtis Lazar will be headed to market when free agency opens on Wednesday at noon. With the B’s tight up against the salary and wanting to bring back Bergeron and possibly David Krejci, there’s little room for Lazar, especially with a number of candidates vying for fourth line time. A solid, versatile pro, Lazar should earn a bump in pay from the $800,000 he made last season…

Just what kind of player 6-foot-2, 194-pound Jackson Edward develops into remains to be seen, but his hard-hitting reputation seems to be well-earned. The seventh rounder from the London Knights almost put fifth rounder Frederic Brunet into the bench with a big check on Rimouski Oceanic D-man on Tuesday….

After the on-ice session on Tuesdy, the prospects were headed out to do some rowing on the Charles River.