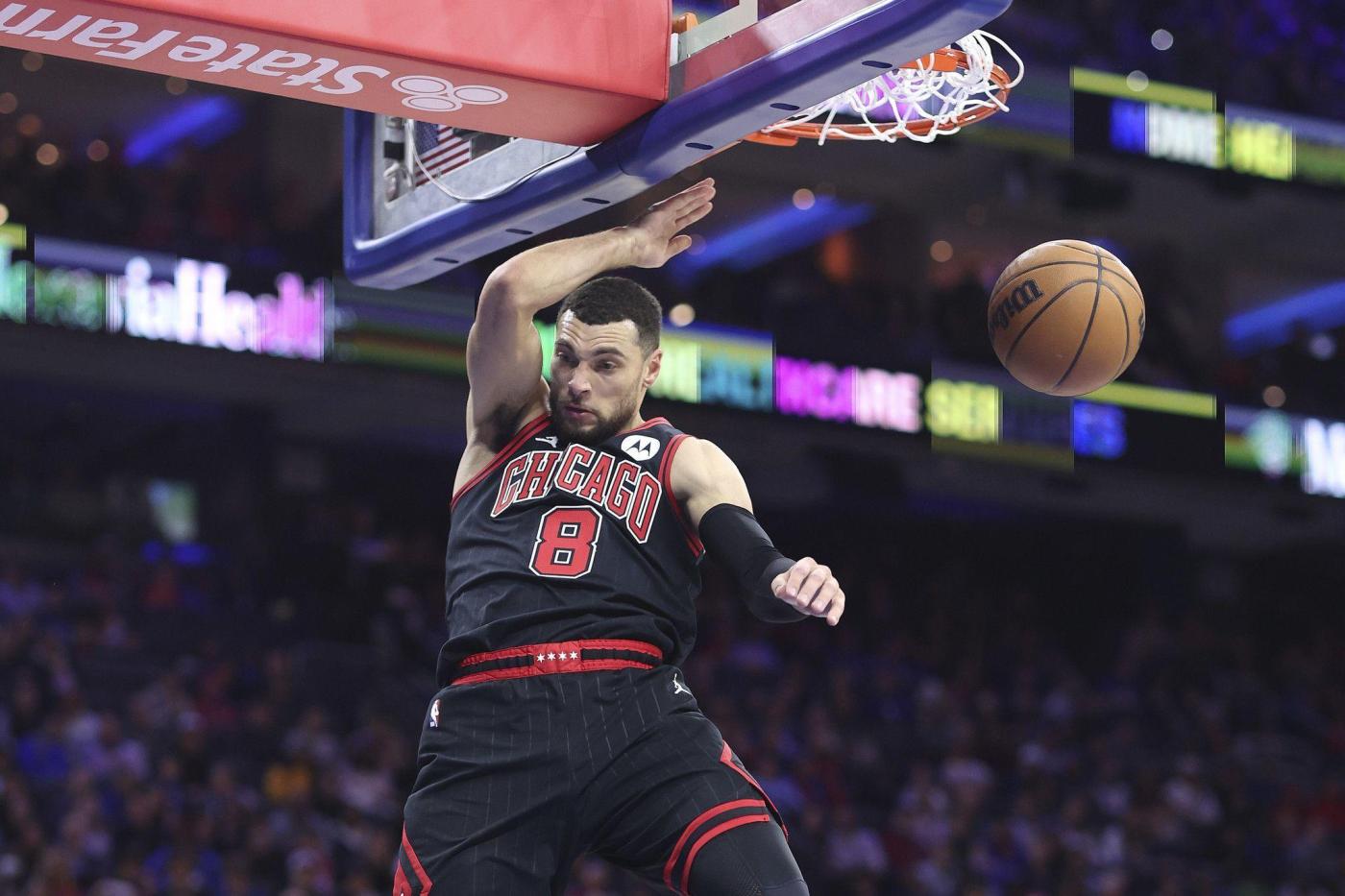 The Chicago Bulls took advantage of Joel Embiid’s absence to clinch a second straight win over an Eastern Conference powerhouse, taking down the Philadelphia 76ers in a 126-112 road win Friday.

Zach LaVine dropped 11 3-pointers — the second-most in franchise history — and scored 41 points to lead the Bulls. The Bulls snapped another major winning streak, handing the 76ers their first loss in 13 games. The Bulls are 12-13 against teams with a .500 record or better.

It’s rare for the Bulls to outshoot an opponent from behind the 3-point arc — and even more surprising given that the lack of Embiid forced the 76ers to focus heavily on their long-range shooting.

“Once I got it going, the basket looked like an ocean,” LaVine said.

The Bulls improved to 18-21 and are in 10th place in the Eastern Conference.

The Bulls return home to face the Utah Jazz on Saturday night at the United Center.