Todays Though > News > Zach LaVine says, ‘My heart was in Chicago,’ in signing a maximum deal with the Bulls — and he’s ‘excited’ to welcome his 1st child
News

Zach LaVine says, ‘My heart was in Chicago,’ in signing a maximum deal with the Bulls — and he’s ‘excited’ to welcome his 1st child 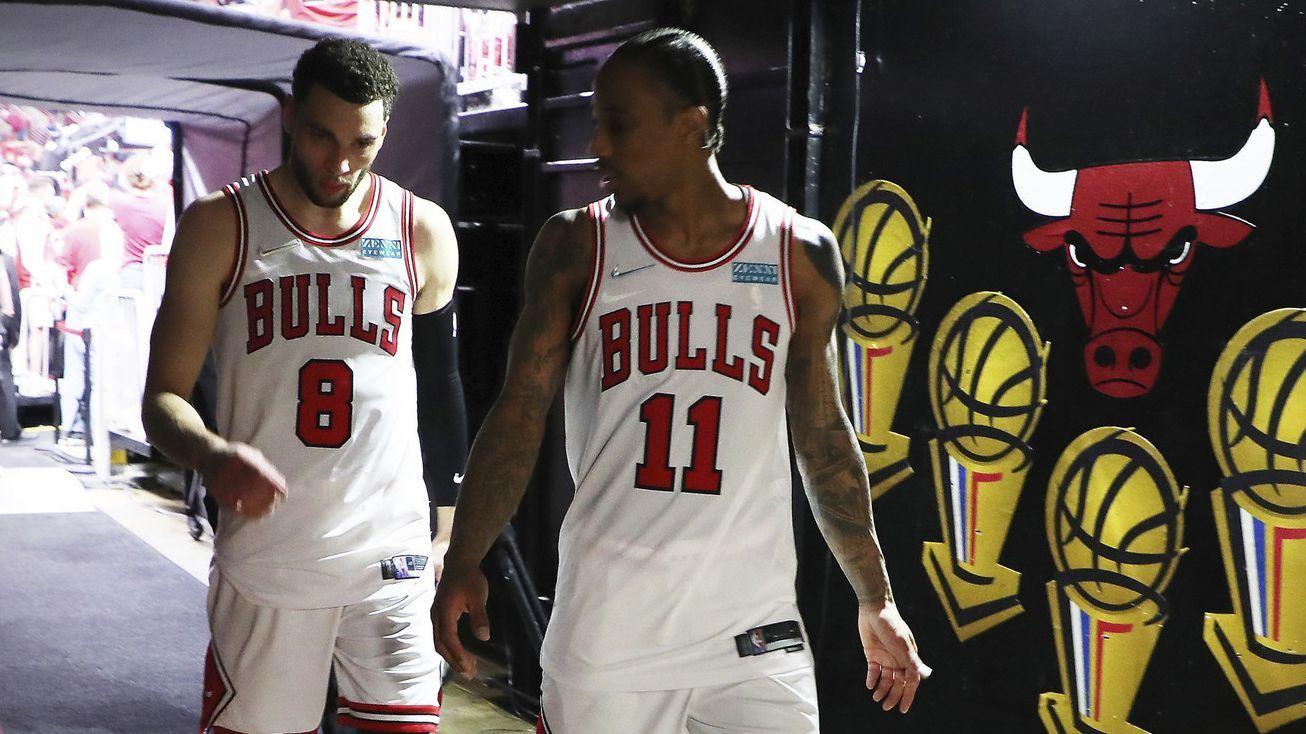 When Chicago Bulls star Zach LaVine entered his first summer as an unrestricted free agent, he kept his cards close to the vest.

The two-time All-Star guard said he couldn’t commit to remaining in Chicago and planned to take as many calls as possible to weigh the market as he pursued a maximum contract.

But in the end, LaVine said he didn’t take a single meeting with another NBA team. Within the first 24 hours of the free-agency window, LaVine had committed to a lucrative future — $215 million over five years — while chasing a title with the Bulls.

“My heart was in Chicago,” LaVine said during a Monday news conference.

LaVine said he approached free agency with an “open mind” and researched other teams before sitting down for a dinner with Bulls executive vice president of basketball operations Artūras Karnišovas, general manager Marc Eversley and coach Billy Donovan. After building the roster around him the last two years, LaVine said the front office didn’t hesitate to grant all of his requests.

He described the dinner as celebratory — and, he added, an opportunity to get the front office to pick up the tab for some expensive wine.

“Once they came to me with everything I wanted, there was no other reason for me to go outside and look at any other team,” LaVine said. “I think that would have been pretty disrespectful on my end. They gave me everything I asked for.”

While other Eastern Conference teams made blockbuster trades for new centerpiece players this offseason, the Bulls stuck to their plan to maintain the same core unit from last season. They have added only five new faces to the roster: veterans Andre Drummond and Goran Dragić and rookies Dalen Terry, Justin Lewis and Javon Freeman-Liberty.

Despite a quiet free-agency period, LaVine voiced excitement about the Bulls additions. He described Terry as an “exciting, competitive” player and said he exchanged texts with Dragić and Drummond, who hopes to train with LaVine in California later this summer.

LaVine said the Bulls believe they can improve on the 2021-22 season with the same starting group.

“People are going to move each and every year, and there’s still a lot of movement that can happen during the offseason,” LaVine said. “It’s just teams trying to get better and better, and I think we’re trying to do the same thing as well.

“You know, we added some additions, but … we wanted to run it back. I think that’s what (Karnišovas) and Marc wanted to go after and really see what this team was like whole and healthy. So I’m fine with it. I understood how good we were in the first half of the year, but we’ve got put two halves together.”

Despite making the playoffs for the first time and earning his second All-Star distinction, LaVine’s 2021-22 season ended on a bitter note as he struggled through a left knee injury, missing games and flying to California for a midseason injection.

LaVine said he’s feeling “way better” after undergoing arthroscopic surgery in May, describing the procedure as “run of the mill.” He’s back in the weight room and on the court less than two months after surgery and expects to be full speed for training camp.

“I’ve been doing all the good stuff and all the boring stuff,” LaVine said. “You have to start slow like always, but I feel really good.”

Despite the significance of securing a maximum contract, the biggest news of LaVine’s offseason had nothing to do with basketball. He announced earlier this week that he and his wife, Hunter, are expecting their first child.

LaVine flashed an uncharacteristically large smile as he talked about becoming a new parent, citing his relationship with his father as an inspiration as he prepares for his family to expand.

“That’s bigger than basketball, bigger than everything,” LaVine said. “I’m nervous, anxious, excited. … I know how to play basketball — but this is something I haven’t done yet.”

While LaVine is feeling the pressure of his impending new role off the court, he expects to feel the same next season on the court — even with a max contract.

When the Bulls return to Chicago for training camp in two months, LaVine said he’ll be excited to get back to business.

“There’s no extra added pressure,” he said. “It’s just who I am. (There are) goals and things I want to reach within how much better can we get as a team, but there’s no added pressure.

“I think this is just a compliment of a lot of hard work and showing what type of player I am.”