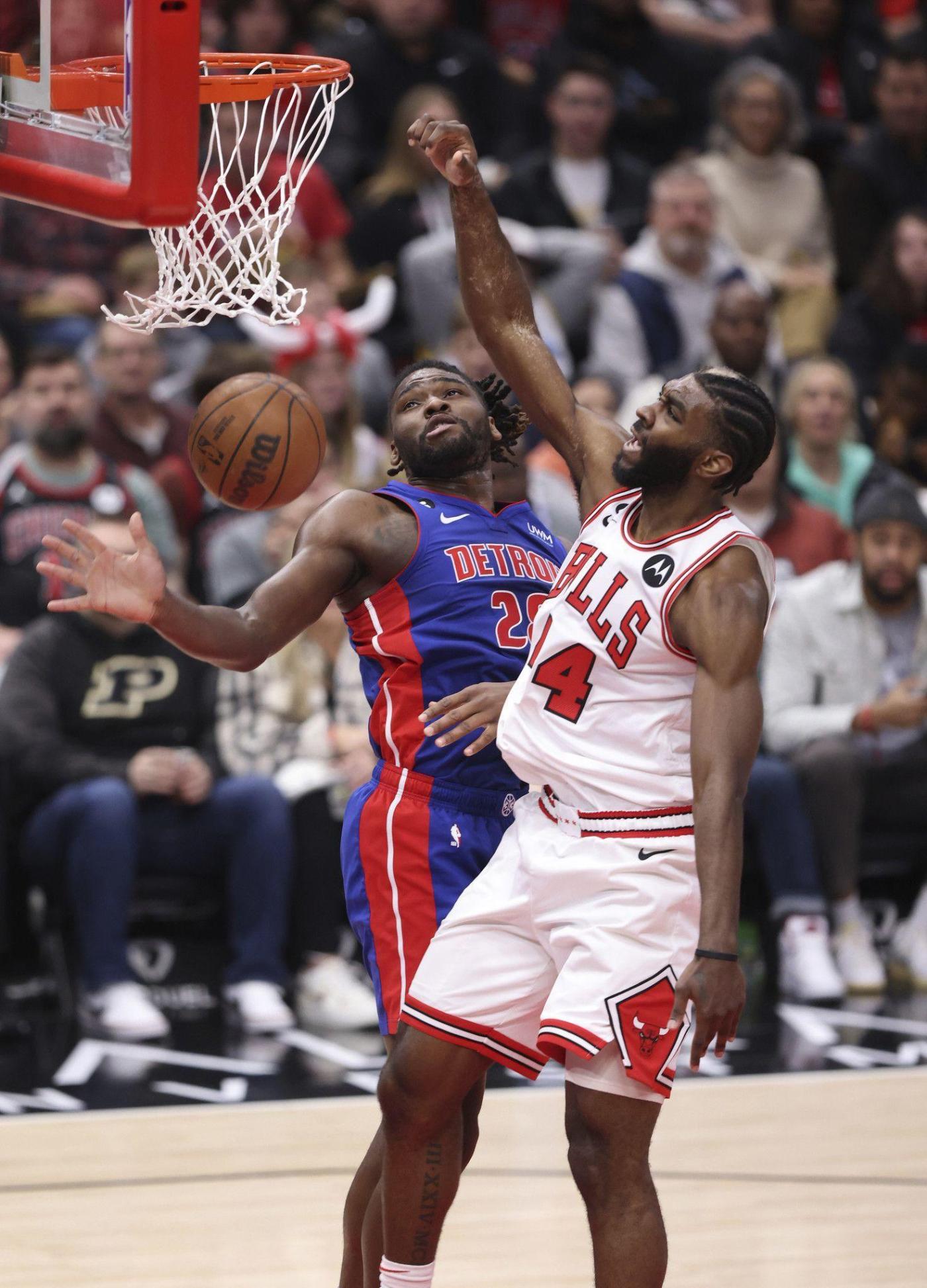 Despite defeating the Detroit Pistons 132-118 on Friday at the United Center, the Chicago Bulls extended a pattern of struggling to put away teams with lesser records.

The Bulls’ fifth win in six games carried a caveat — the Pistons played short-handed without Killian Hayes and Hamidou Diallo, who were suspended by the league because of their involvement in a brawl with the Orlando Magic on Wednesday.

The Pistons (9-29) entered the United Center as underdogs, and the loss of both players left them with lesser odds. Yet they hung within single digits for most of the game, forcing the Bulls into another tight finish.

While LaVine starred early, the Bulls struggled to provide any secondary offense against a Pistons team stripped of important scorers. The Pistons bench outscored Bulls reserves 46-29, a key factor in the keeping the margin close.

Drummond scored the bulk of the Bulls’ bench points; the rest of the bench combined for only 17 points. This is not uncommon for a Bulls offense heavily anchored by the Big Three of LaVine, DeMar DeRozan (22 points) and Nikola Vučević (19), but this group still requires scoring support to stay consistent through a full game.

Before the game, Bulls coach Billy Donovan provided a hesitantly hopeful update on the recovery of Lonzo Ball, who has been sidelined since January with a left knee injury.

Ball has continued to experience pain and discomfort after undergoing arthroscopic procedures in January and September to address the injury. But the guard is taking small steps forward, adding light jogging and jumping while shooting to his daily workouts with the Bulls training staff.

“It is progressing,” Donovan said. “It’s still really slow, but there has been some improvement.”

Despite the news, Ball’s timeline to return to the court remains murky. He has not been pain-free or played in a game in nearly a year and remains unlikely to make a return before the All-Star Break — and potentially before the end of the season.

Patrick Williams (right clavicle) and Coby White (left knee) both played despite being listed as questionable before the game. Derrick Jones Jr. was the only absence for the Bulls as he continues to recover from a left ankle sprain.

In addition to suspensions, the Pistons were missing Isaiah Livers (right shoulder sprain). Star guard Cade Cunningham will miss the rest of the season after undergoing surgery for a fracture in his left tibia.

The Bulls improved to 16-19, remaining tied with the Toronto Raptors at 10th in the Eastern Conference.

The Bulls will host a New Year’s Eve matchup against the Cleveland Cavaliers on Saturday at the United Center, then head to Cleveland for a rematch Monday.